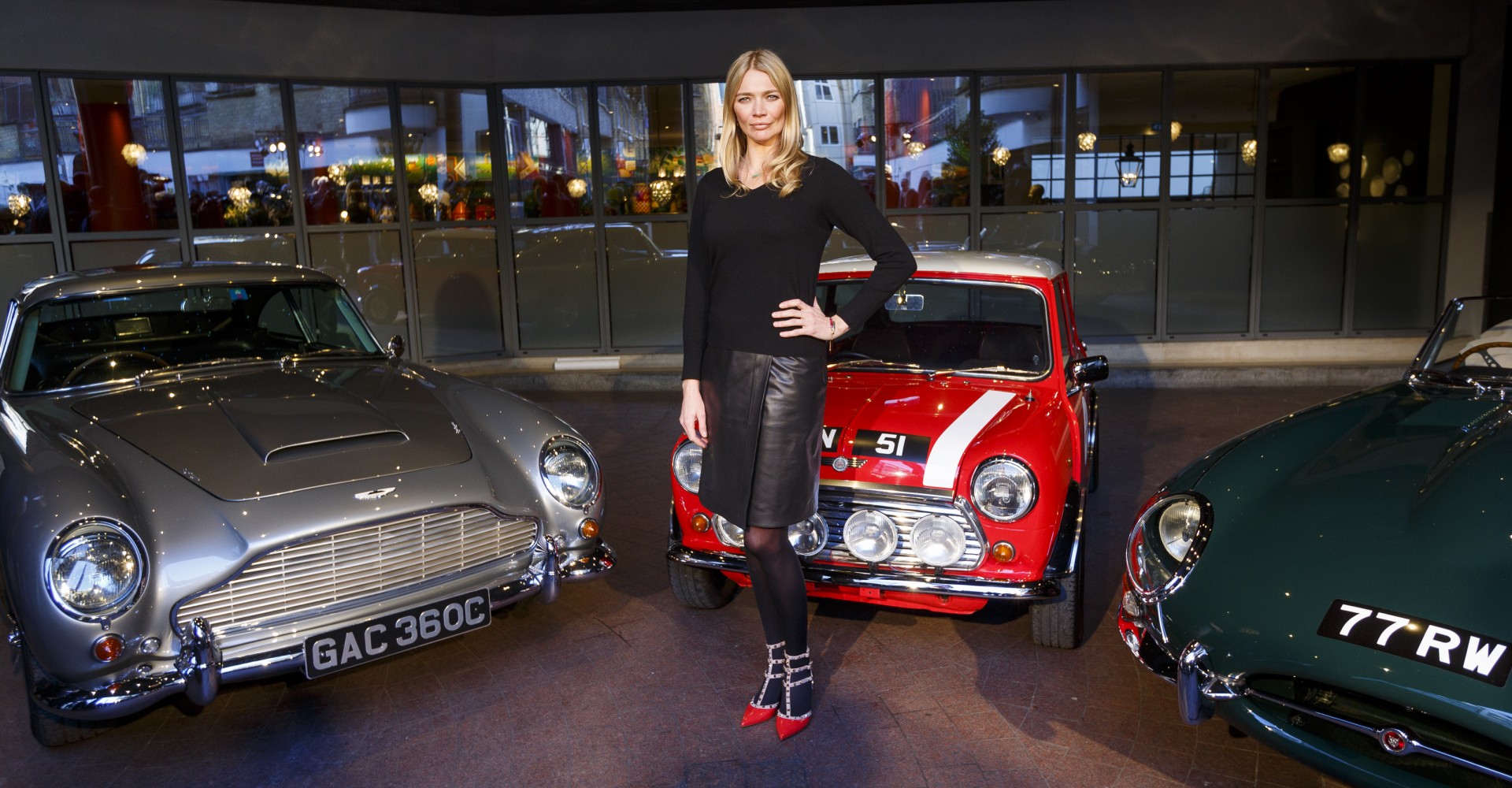 It’s looking more and more likely that Jodie Kidd will be part of the new-look Top Gear as and when it returns to our TV screens.

The host of Channel 5’s The Classic Car Show – pictured above posing for the programme with an Aston Martin DB5, Mini Cooper and Jaguar E-Type – was spotted leaving celeb favourite London nosherie The Ivy on Saturday, having had lunch with Top Gear’s new lead presenter Chris Evans.

Chris Evans and Jodie Kidd add fuel to the rumours she will join the revamped Top Gear team http://t.co/S6nS8YtUAd pic.twitter.com/NP6ZSS0zUj

This has added to speculation that the 36-year-old blonde presenter will be joining the 49-year-old flame-haired fellow petrolhead.

Widely regarded as a front runner in the Top Gear Co-Host Stakes, she has said herself that she feels the show needs “a woman’s touch”, while Evans has stated that it will definitely have a female co-host.

Meanwhile, former Top Gear host Angela Rippon – she presented it for three series in its first incarnation in the ’70s – had this to say on the subject:

The 70-year-old stressed that any female Top Gear presenter should be hired on merit, not looks.

Well, much as we respect you, Ms Rippon, we wouldn’t describe you as “totty”, sorry, but otherwise we couldn’t agree more…