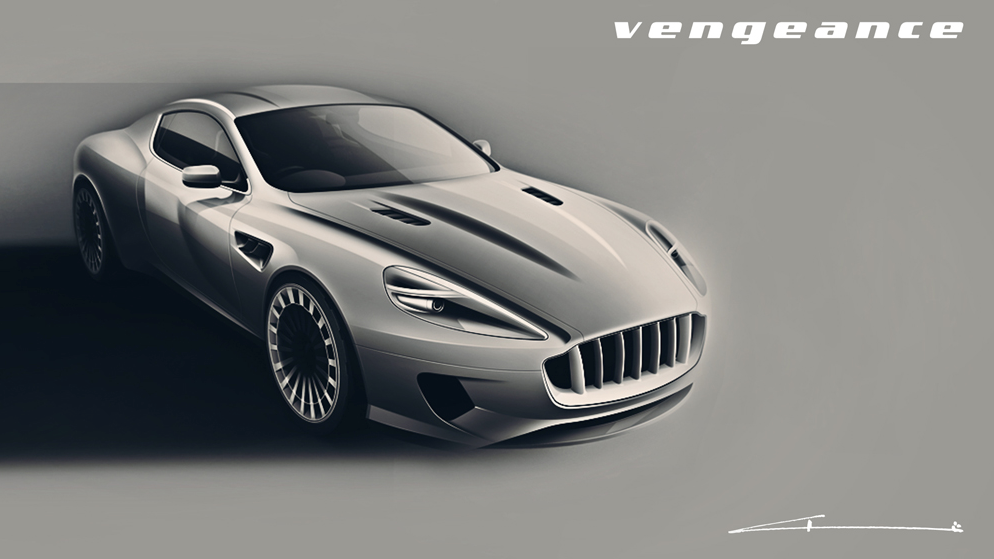 Picture the scene: You’re in the premier league, you’re after a two-door GT and the car park is already full of Astons. What’s a footballer to do?

Thankfully, tuning firm Kahn is here to help: revealing plans for an exclusive grand tourer of their own, based on the practically common Aston Martin DB9, and badged ‘Vengeance’.

‘Improving’ the Aston’s bodywork with some bespoke coachbuilding, the Vengeance has a shape said to evoke the silhouette of ‘a sabretooth on the prowl’. For us, it’s evoking the silhouette of a DB9… but what do we know?

In fairness, the Vengeance isn’t a bad looker. If these sketches are anything to go by, the craftsmen up in Bradford haven’t been tempted to fiddle too much with the DB9’s shape – and as boss Afzal Kahn says, “why change perfection?”. We rather like the rear end, which has more than hint of Zagato about it. 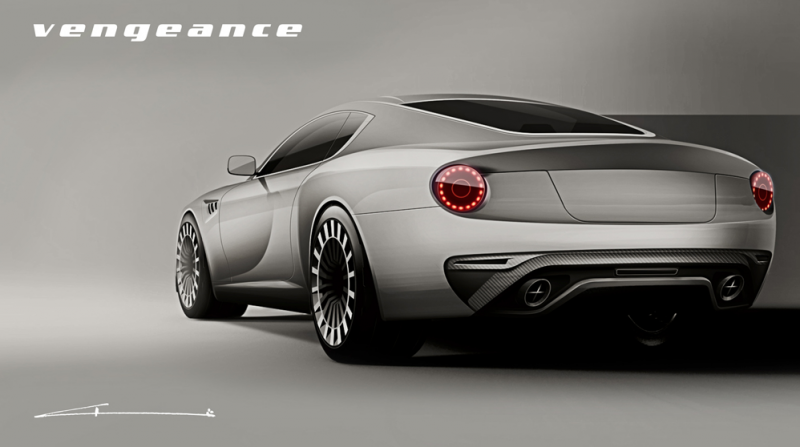 Typically for a Kahn creation, the most obvious change comes in the form of truly gigantic wheels. The Vengeance sits on 20 and 21 inch wheels front and back, respectively, with 335 profile tyres. To put that in respective, a Veyron’s rear treads are 365 – so these are some pretty chunky shoes.

The cost? At £300,000 it’s not cheap, but Kahn says it’s still “extremely good value for a limited edition coachbuilt car”. Given that Afzal’s boys also built the £1.4 million Aston Martin One-77, we can sort of see what he means…