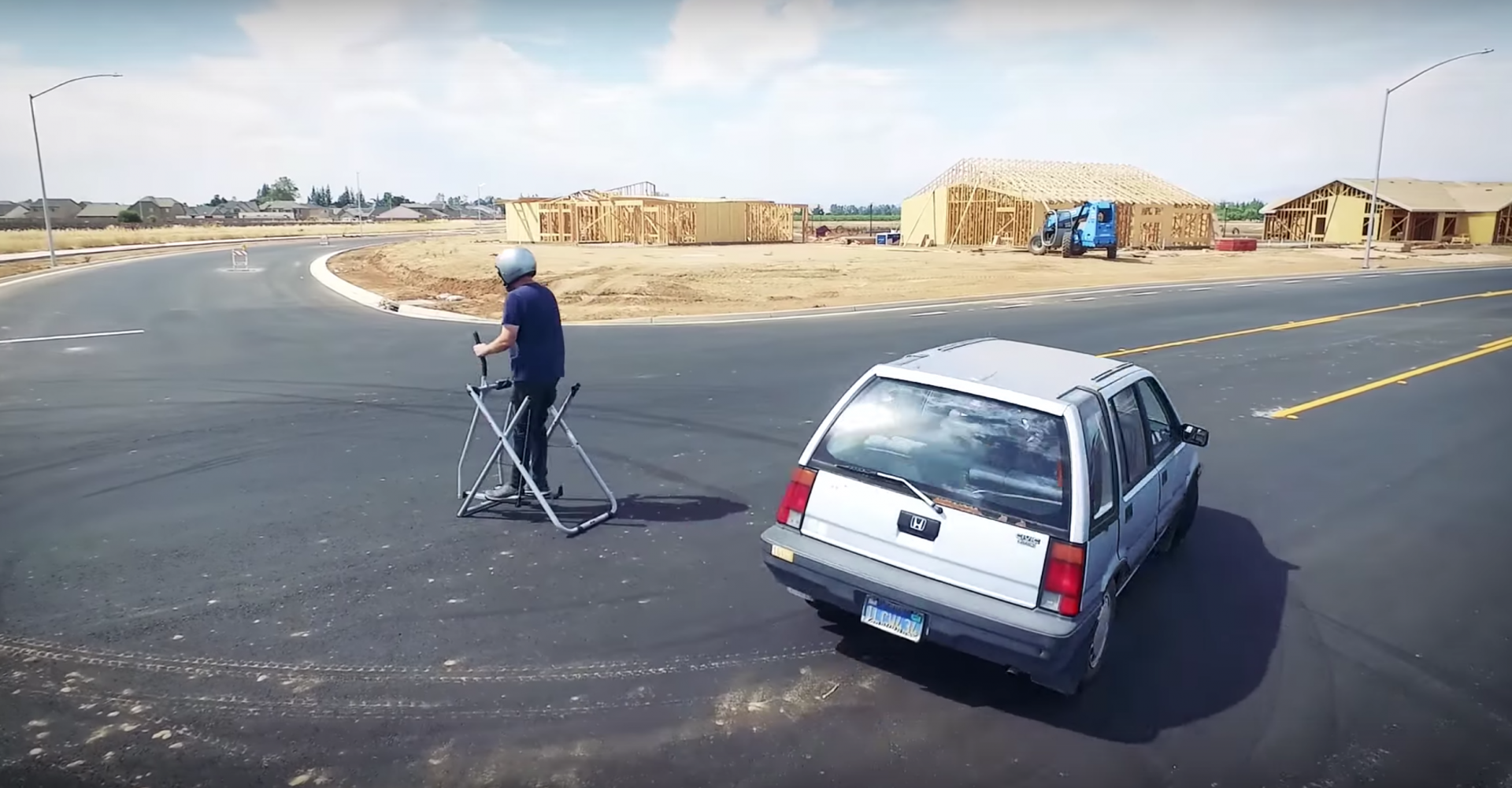 Ken Block’s Gymkhana films feature incredible scenery, a massive production team and an absolute weapon of a car as its centrepiece. This parody has none of those things, but it’s still awesome.

The people behind the Car Bros YouTube channel have parodied everyone’s favourite viral car videos using an old Honda Civic estate. The film starts in a quiet garage, with the banger seemingly straining to escape its chains, similar to the beginning of Gymkhana 7.

Unlike Block’s Hoonicorn, which escapes chains following the most epic of burnouts, the poor little Honda breaks free by hilariously dropping its exhaust… that joke sets the tone for the rest of the film.

It’s brilliantly shot, borrowing camera angles from the official Gymkhana films where possible, and even coming up with its own wheel cam. Then there’s the audio – either this Honda has had a serious engine swap or the audio was changed in the edit suite. We’re figuring it’s the latter…

There are tonnes of subtle nods to Block’s videos, such as the ‘novice driver on public roads’ text in the opening scene. More obvious re-creations litter the film, with a personal highlight among us being the Segway donut scene from Gymkhana 3 being parodied with a low-budget cross-trainer and the Civic simply driving around in circles.

The question is, who’s cooler: A super-slick American racing driver with a high-horsepower, all-wheel-drive rally car that creates clouds wherever it goes, or the vest-wearing, working class hero pulling heroic understeer in an old Honda?

If you didn’t choose the guy in the rubbish old wagon you’re just not cool. Sorry.