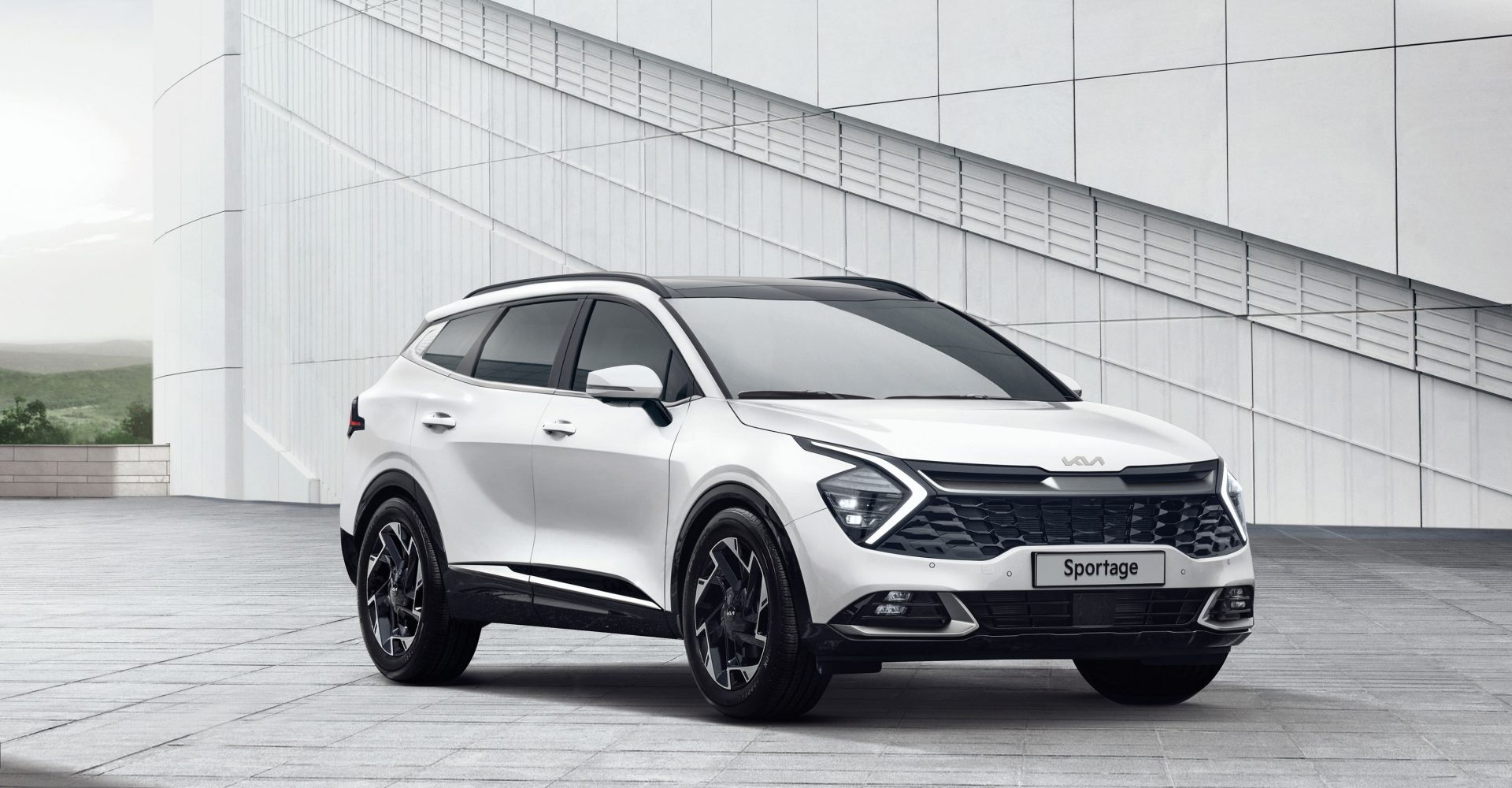 Kia has revealed the first images of the new fifth-generation Sportage SUV.

The South Korean firm says that it will have a dedicated European version of the model for the first time. This will be revealed in September, though it’s unlikely to be drastically different to the car seen today.

The Sportage has been updated inside and out, with its striking appearance a result of the firm’s new ‘Opposites United’ design philosophy. The result is a unique front end, with boomerang-shaped vertical daytime running lights and chunky headlights.

The grille has a large honeycomb design with slim intakes between it and the bonnet. The windows appear fairly small, giving the side profile a bulky, muscular appearance.

At the back it’s not quite as heavily styled, but has a sharp crease across the middle and a full-width light bar that again looks like little else on the road.

The cabin has been given an overhaul too, with the car used for the reveal images appearing to have high quality materials, with twin large displays ahead of the driver for the instruments and infotainment.

Karim Habib, senior vice-president and head of Kia’s Global Design Centre, said: “Reinventing the Sportage gave our talented design teams a tremendous opportunity to do something new; to take inspiration from the recent brand relaunch and introduction of EV6 to inspire customers through modern and innovative SUV design.

“With the all-new Sportage, we didn’t simply want to take one step forward but instead move on to a different level in the SUV class.”

The European-specification Kia Sportage will be revealed in September with the global launch of the new SUV happening shortly after.