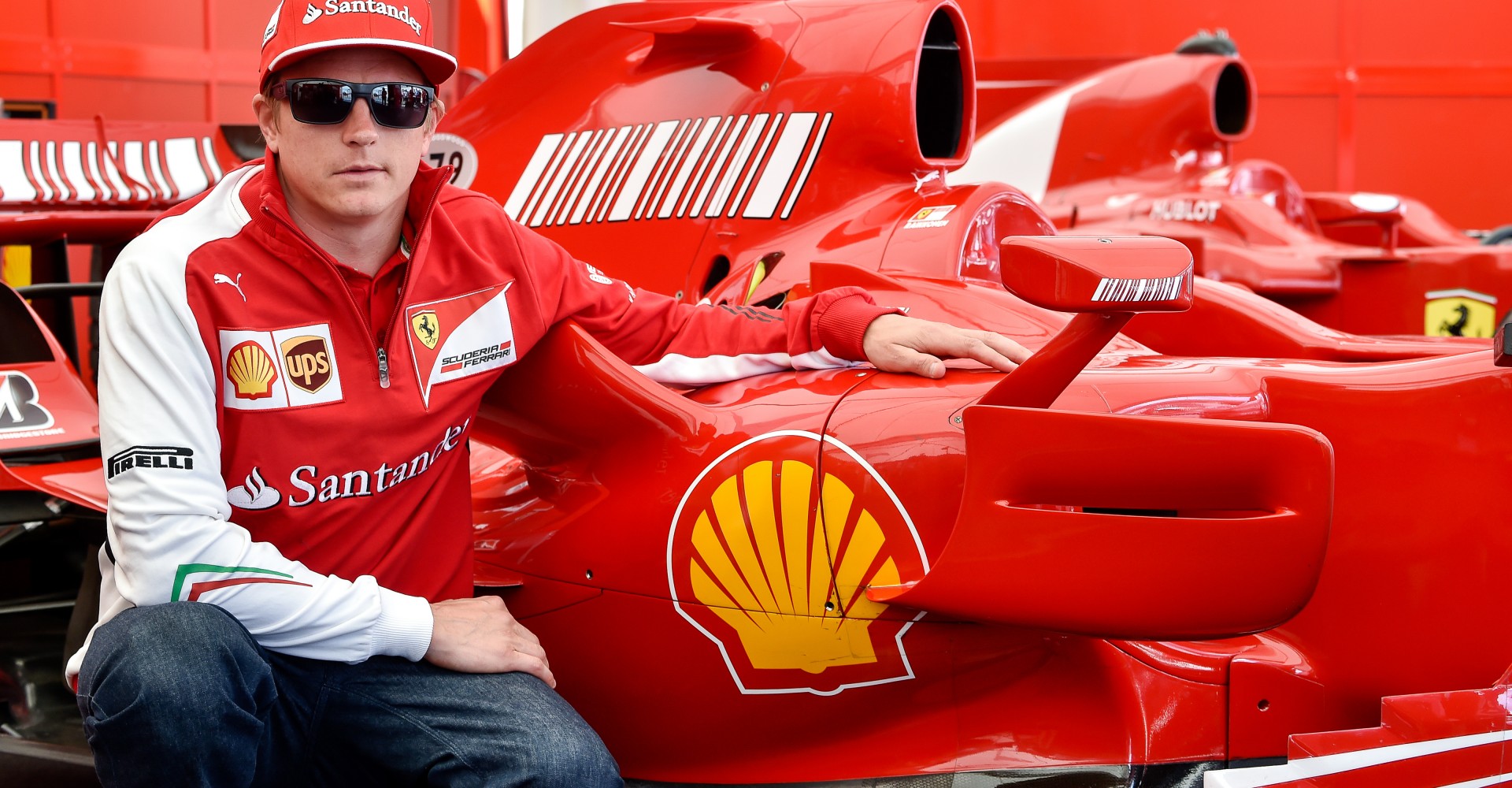 Today, we’ve got business to attend to: We need to talk about The Ice Man.

No, not that Ice Man, but Kimi Raikkonen. The Finn has been re-signed by Ferrari for the 2016 Formula 1 season. And we are VERY happy about that.

To celebrate this, here’s a little look at why we love him.

Now Kimi’s used to experiencing well above 200mph, so to see him grappling with a racing lawn mower was true genius. Seeing him overtake Martin Brundle on the inside was even better.

During the 2008 Spa Grand Prix, Kimi somehow managed to miss smashing into the side of Rosberg while simultaneously overtaking Lewis Hamilton. Just ace.

During the Spanish Grand Prix, a member of the pit lane had the downright gall to cross paths with the legendary Kimi. The Finn put him in his place. He’s well ‘ard you know.

Sure, Kimi doesn’t say much, so he lets his driving do the talking. For a wet lap, he did well, finishing just under Jenson Button on the leaderboard.

#5 That burnout at Goodwood moment

Okay, it wasn’t the most spectacular. But you’ve got to hand it to him, doing a burnout at Goodwood is something to definitely tick off your bucket list.

#6 That time he got bored of rallying

Kimi had a career in rallying in between his F1 stints. For the Finn, driving on the loose stuff is what he’s used to. It didn’t stop him from sliding slowly out of line and getting beached, as this attractive little GIF illustrates, though. It took spectators half an hour to get the car out, by which time Kimi’s temper has raised from an ice cube to that of a just-out-of-the-freezer calippo.

#7 That refusing to answer question moment

He cuts through the rubbish does our Kimi. So to top our list off, check out this video of The Ice Man downright refusing to respond to some pretty ridiculous questions.