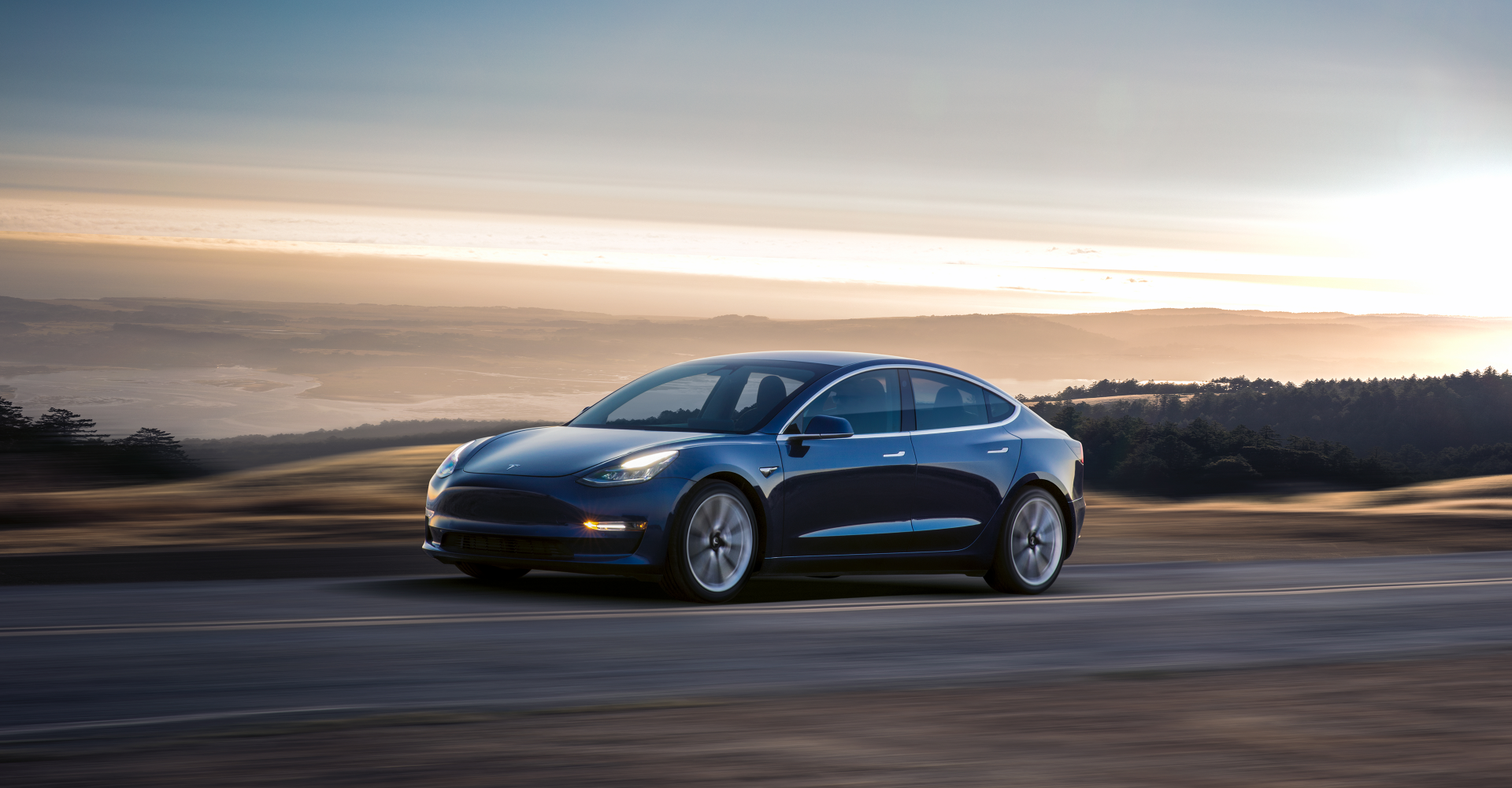 It’s finally here! Sort of. Deliveries of Tesla’s much-anticipated electric car for the people have finally begun – to a few employees, anyway.

Still, cynicism aside, this is a big moment for Tesla, and arguably the motoring world. A $35k-ish long-range electric car might not be as big a deal as it was when the Model 3 was announced, but electric cars are generally pretty damn expensive and this marks something of a turning point.

With the first deliveries, Tesla also revealed details of the car’s specification, so here’s a roundup of everything we know so far… 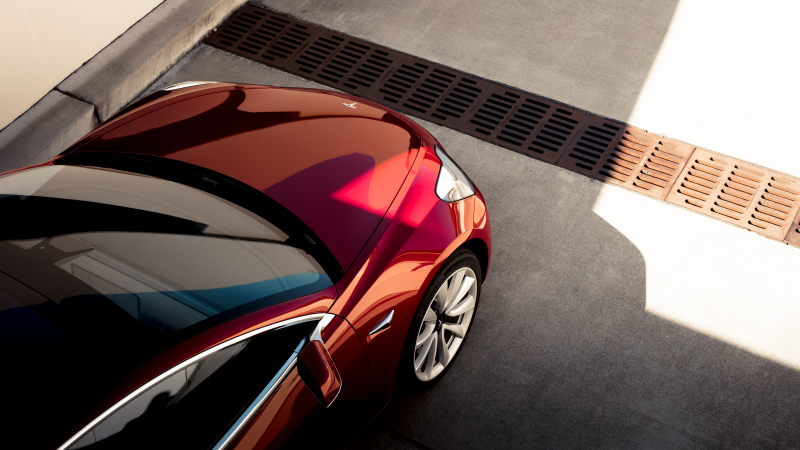 Like most cars, the advertised ‘from’ price doesn’t represent the car most people will buy. There’s a long-range version with more power, range and faster recharging that starts from $44,000, while ‘autopilot’ is another $5,000 and the premium upgrades package is another $5,000 again. A well-specced Model 3 could set you back about $60,000.

You can have any colour for free, so long as it’s black 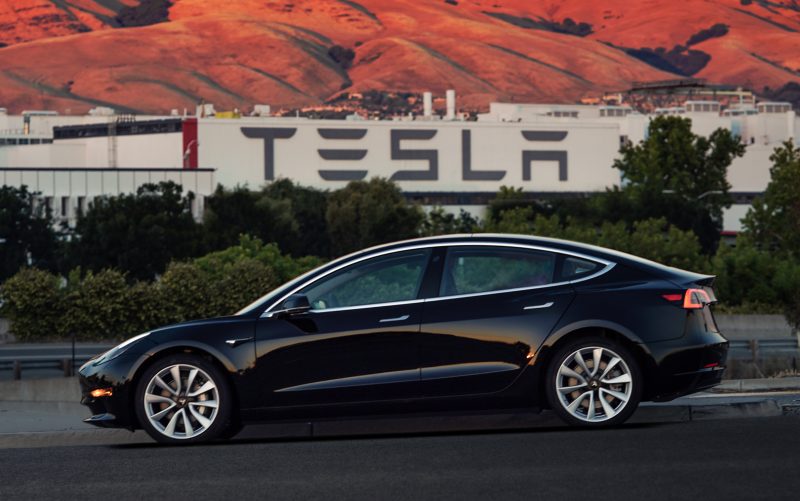 Another example of how picking pretty much any option is going to bump up the price of your car considerably is the fact that if you want a colour that’s not black, it’ll cost you $1,000. 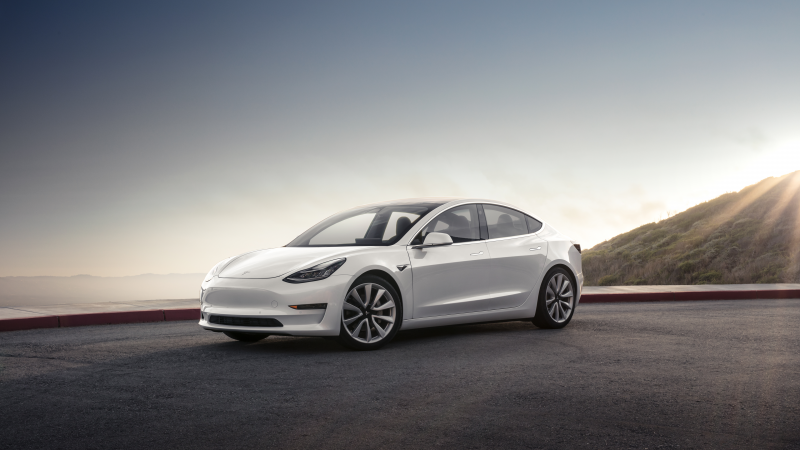 Those who want their car to drive itself can specify full self-driving capability, which costs another $3,000 on top of the standard autopilot features. Tesla says this isn’t available yet and requires regulatory approval. 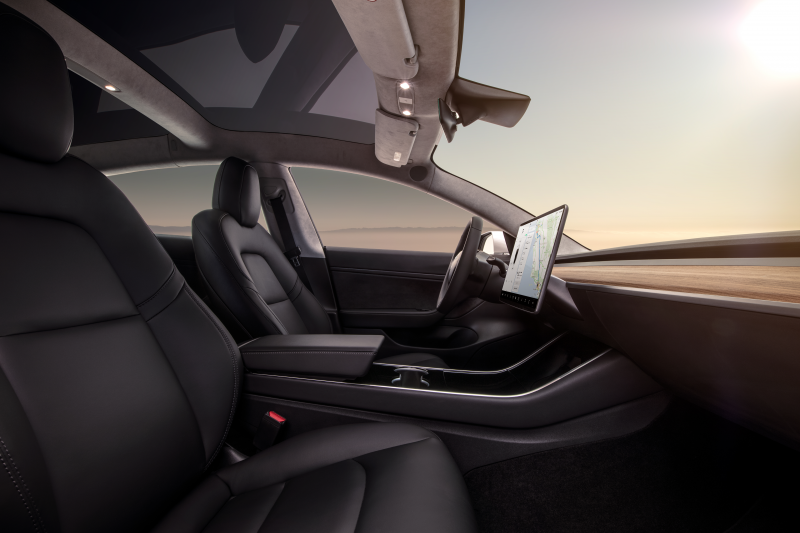 Ever since the project’s early days, Tesla boss Elon Musk has said there will be no traditional speedometer in front of the driver. Instead, everything will be displayed on the central tablet-like touchscreen.

Many expected this idea to be ditched by the time production came around, but the first customer deliveries show that the concept design remains unchanged.

It’s hyper-hatch quick straight out of the box

Production of an all-wheel-drive, performance Model 3 won’t begin until next year, but for now the long-range variant is still pretty quick. It’ll do 0-60mph in 5.1 seconds, which is a fraction slower than a Ford Focus RS. Even the standard 3 is marginally quicker than a Honda Civic Type R.

Expect the performance model to shave at least a second off that time for BMW M3-rivalling pace.