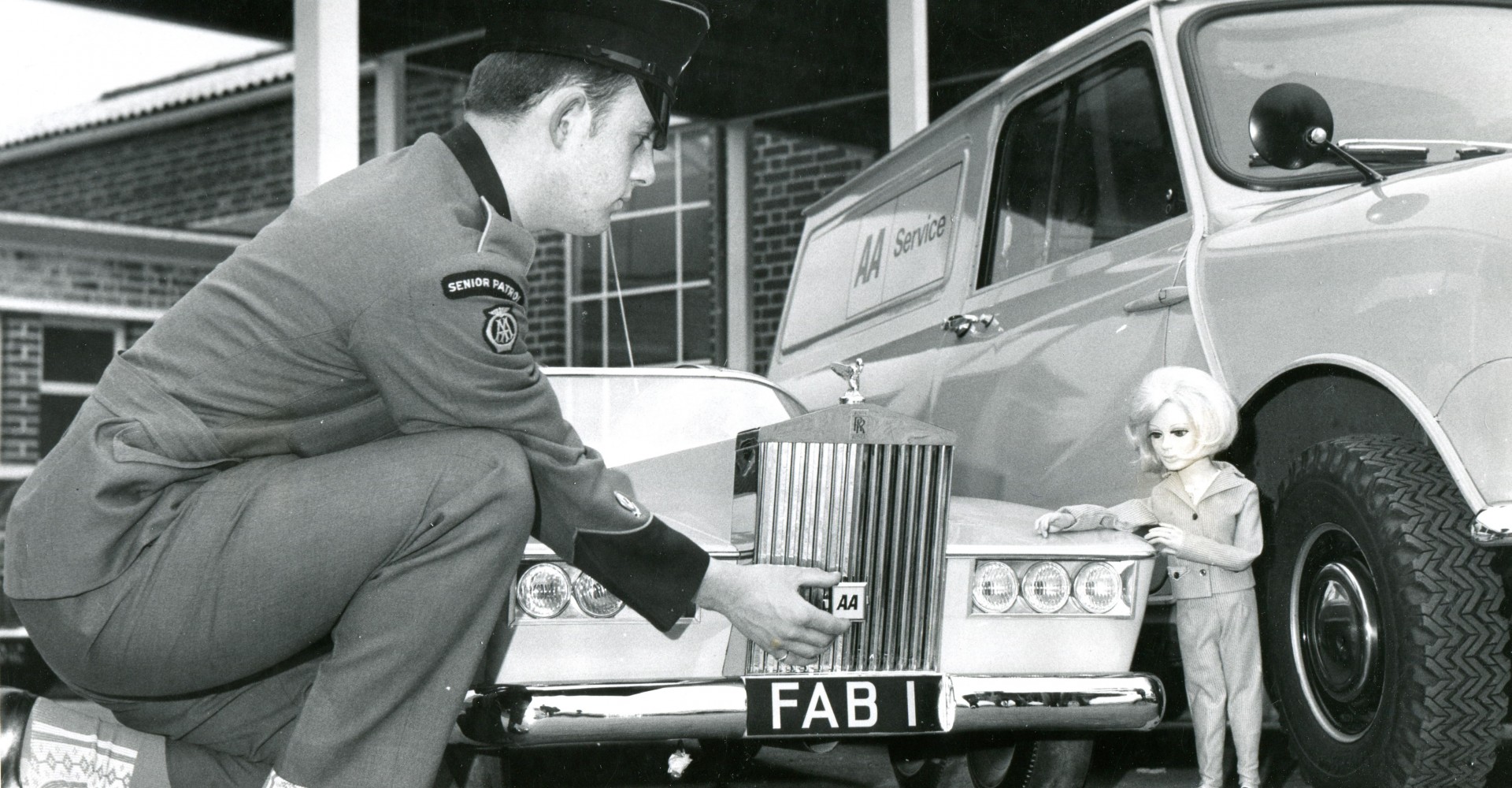 Who’d have thought it? Lady Penelope – the upper-class special agent of International Rescue – was an AA member!

It’s believed the picture was taken as part of a marketing campaign for the launch of the new square AA logo (still in use today, incidentally). The keen-eyed among you will see that the patrol’s jacket sleeve still sports the old winged logo, though, as the uniforms weren’t changed until 1969.

Despite the high-tech capabilities of the Thunderbirds team in saving the planet from disaster at the hands of super-villain The Hood, it’s intriguing to think that International Rescue still relied on the AA for roadside rescue!

It’s not known when Lady P let her membership lapse.

Thunderbirds has been enjoying a 21st-century rebooted renaissance on ITV as Thunderbirds Are Go, with CGI being used alongside model work.

We’re still suckers for the original in all its Supermarionation glory, though. Run that iconic F.A.B. title sequence and music, chaps…