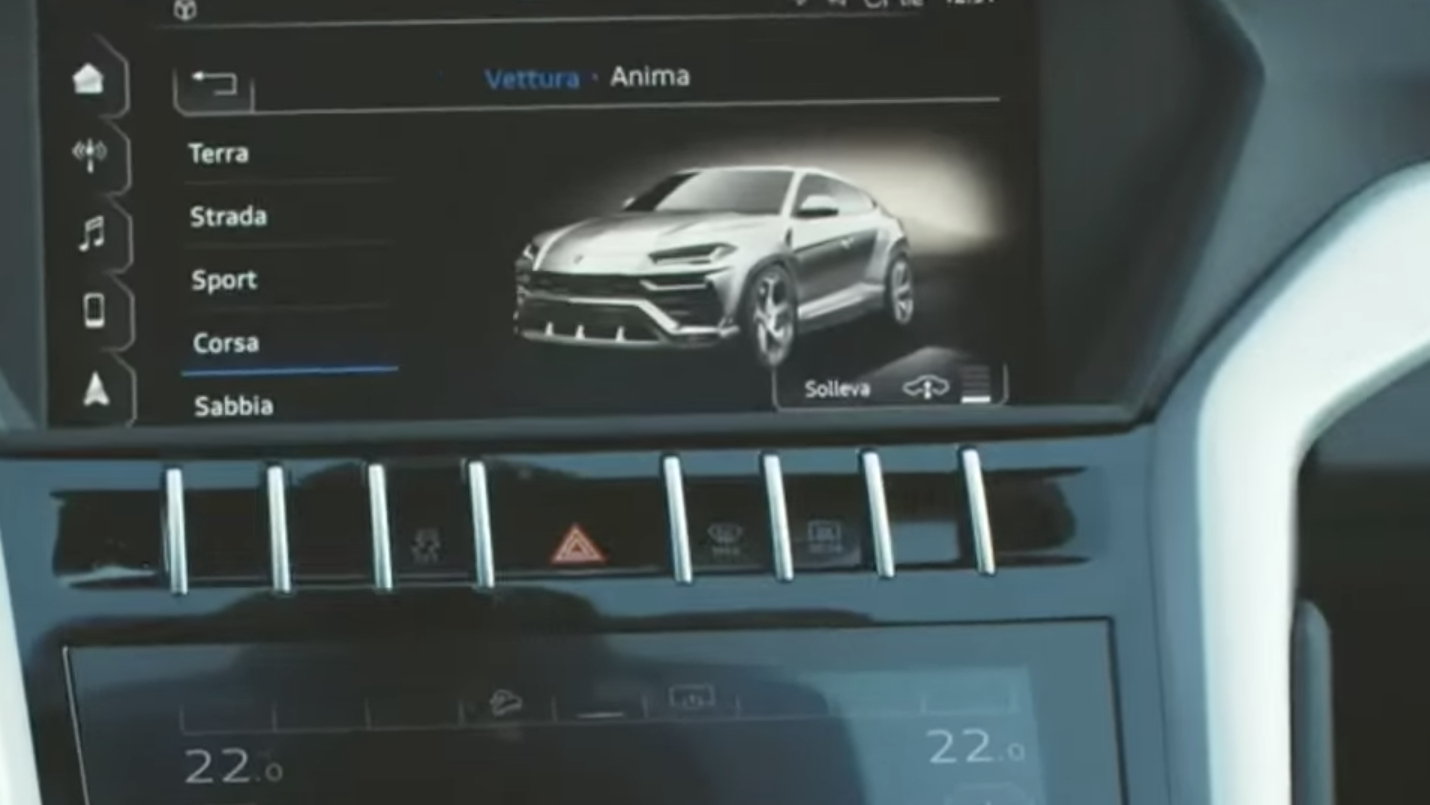 Lamborghini’s first SUV is coming – and the Italian firm has ‘accidentally’ revealed the production machine ahead of its official reveal.

We say ‘accidentally’ because it’s 2017 and manufacturers will do anything to get their name into the public domain these days — but this is the first full glimpse of the production Urus we’ve had.

Seen in a clip published by Lamborghini focusing on the Italian SUV’s ‘Corsa’ track mode, the Urus doesn’t look a whole lot different from the concept car unveiled in 2012 — retaining a sloped-back design and angles everywhere.

There have been a few changes, though. The headlights have been re-profiled for a softer look, while the front fascia has grown a few teeth.

The video ‘accidentally’ revealing the production Urus has since been taken down from Lamborghini’s official YouTube channel, but we’ll see it for real on December 4.