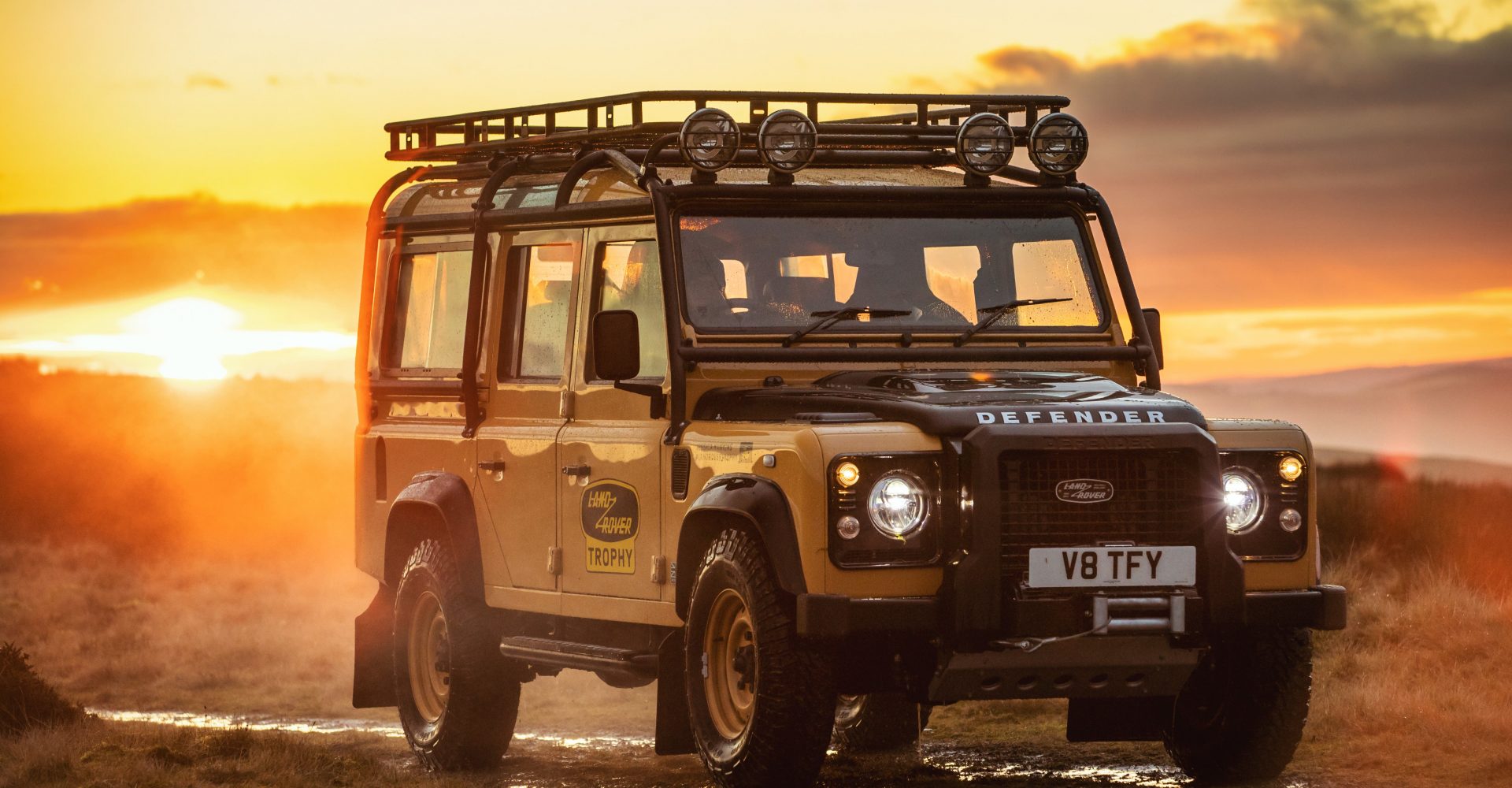 Based on the Defender Works V8, the hardened off-roader packs a 5.0-litre V8 petrol engine and a comprehensively upgraded suspension and braking package. It also gets LED headlamps and a variety of bespoke Trophy badges and graphics.

A front winch has been fitted to the front of the car, while additional underbody protection ensures that the Defender can tackle the most serious of surfaces. Off-road tyres and a multi-point expedition cage heighten the car’s go-anywhere abilities further.

Inside, the Defender boasts Recaro sports seats trimmed in black leather with contrast yellow stitching, while in the middle of the dashboard sits Land Rover Classic’s own infotainment system with navigation and smartphone connectivity.

Dan Pink, director, Land Rover Classic, said: “The Land Rover Defender has always been more than just a vehicle, its engineering capability and suitability for overland expedition and all-terrain competition means it’s renowned with getting away from it all. The new Land Rover Trophy will bring this to life for a new generation of adventurers.”

Just 25 Defender Works V8 Trophy models will be created, with the owner of each one invited to take part in a three-day adventure at Eastnor Castle in Herefordshire. It’s here where Land Rover models have been tried and tested over the years and will represent the first time that customers will get the chance to drive their cars.

After being given expert one-to-one tuition, the owners will compete in a series of challenges inspired by famous global adventures. Each driver will compete for a range of prizes, with the grand prize for the overall winner announced later this year.

Both 90 and 110 wheelbase Defender Works V8 Trophy derivatives are available to order now, with prices starting from £195,000 for the 90.