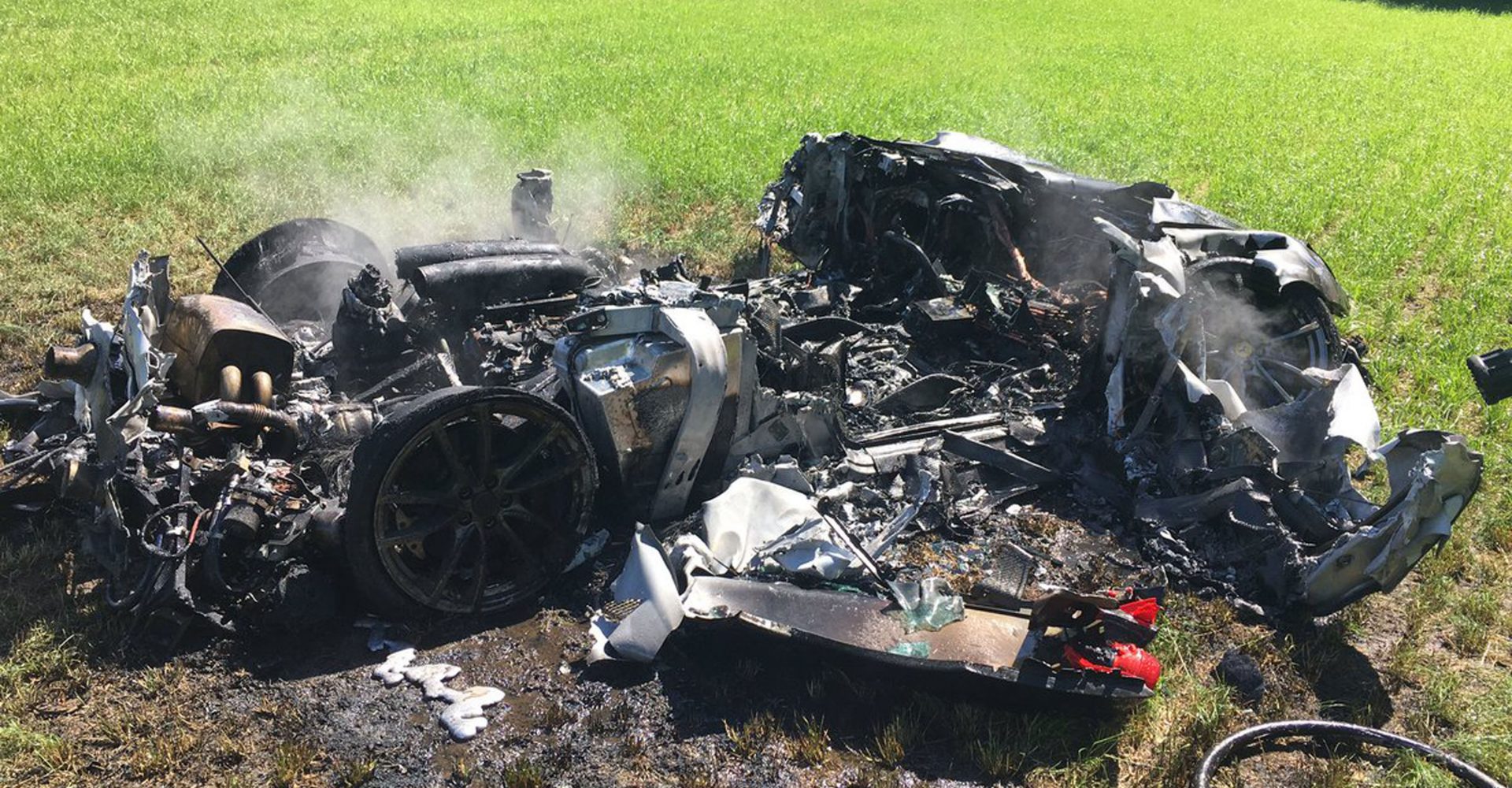 A South Yorkshire Ferrari driver is either the luckiest, or unluckiest, person alive after he managed to bin his 430 Scuderia after one hour of ownership.

The BBC reported that the the car lost control in wet conditions on the M1 near junction 37 on Thursday afternoon, before going airborne, crashing 50 metres down a bank and then bursting into flames in a field. 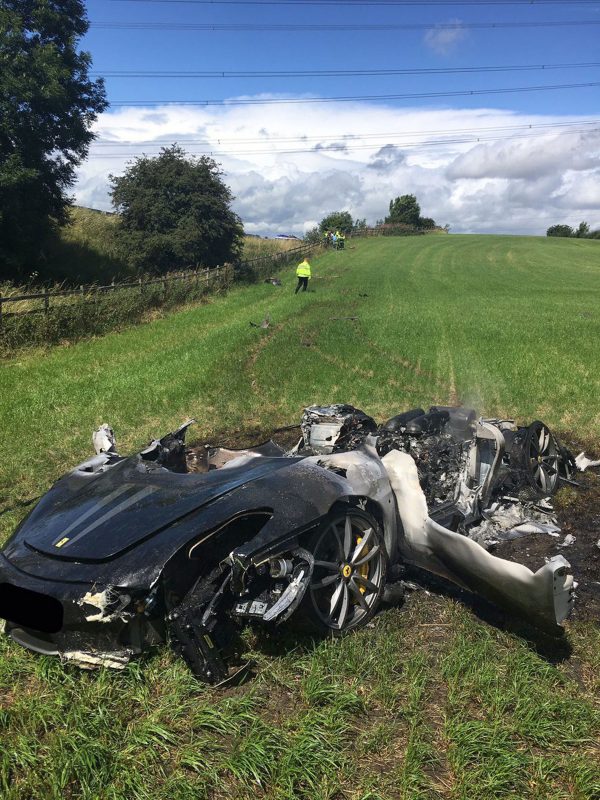 While the smash sounds incredibly dramatic – just look at the burnt-out wreck – the driver somehow managed to walk away with only a few cuts and bruises.

South Yorkshire Police wrote in a statement on Facebook: “Officers asked the driver what sort of car he ‘had’ to which he replied ‘it was a Ferrari’.

Someone had a miracle escape (cuts/bruises) from his #Ferrari earlier on the M1. Lost control, went airborne & burst into flames #fire #ouch pic.twitter.com/DkMPEOedFB

“Detecting a sense of damaged pride he then said ‘I’ve only just got it, picked it up an hour ago’.”