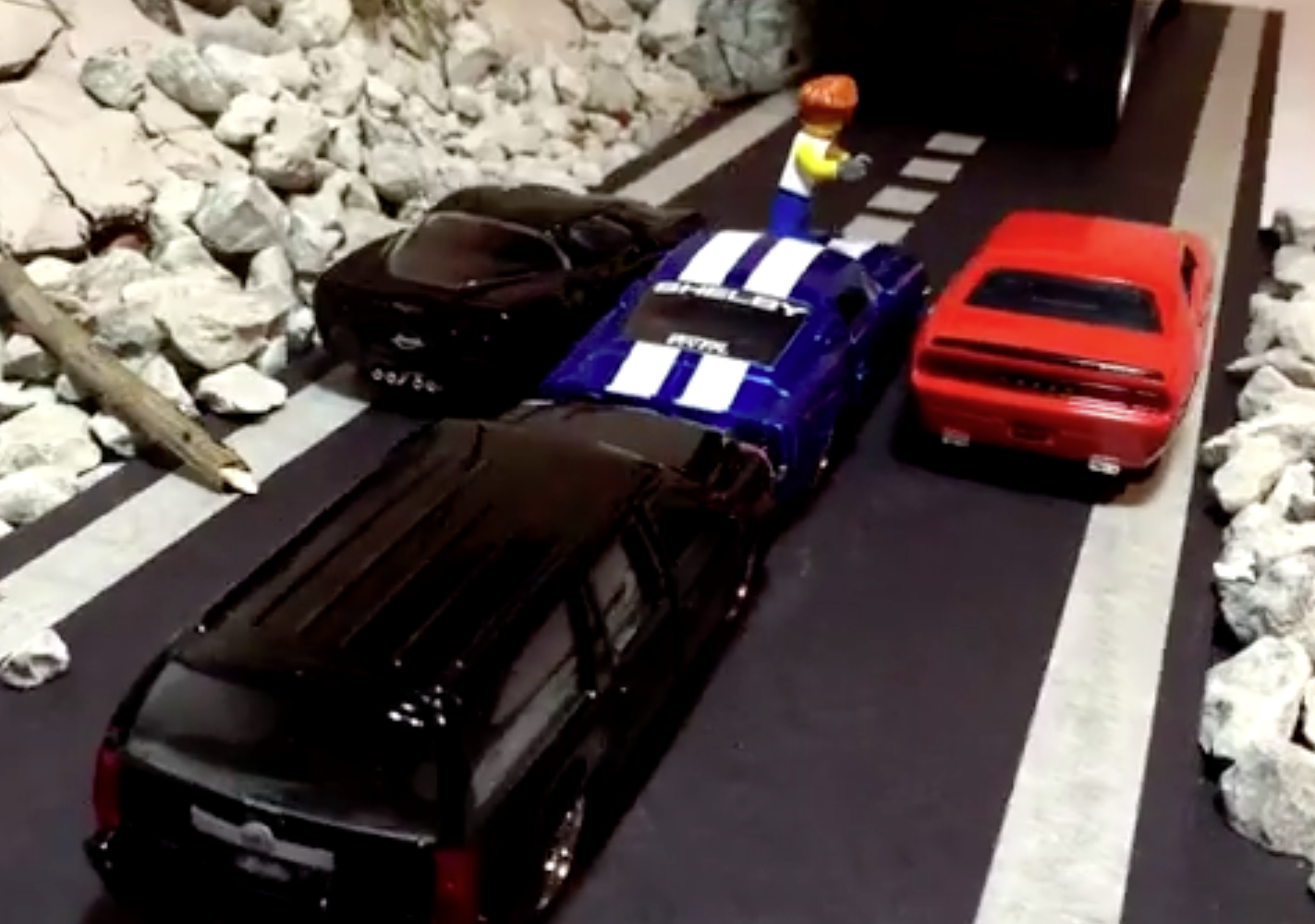 Schoolboy Kevin Capodice decided to make a scene from Fast and Furious 7 out of Lego – now all we can think of is a full movie made from toy bricks.

Whilst we are still rolling toy cars across our desks making engine sounds, Kevin has made a stop motion picture that emulates an edge-of-your-seat scene from the latest Fast and Furious film.

The short clip was made for his final senior project and includes cotton wool clouds, a toy plane, a handful of toy cars and audio from the movie in a bid to get the highest grade.

Thankfully for us, he didn’t recreate the final scene of the film as we would have all been left sobbing at our desks.

Check out his masterpiece below and then email Universal Pictures to commission him to make the full film.