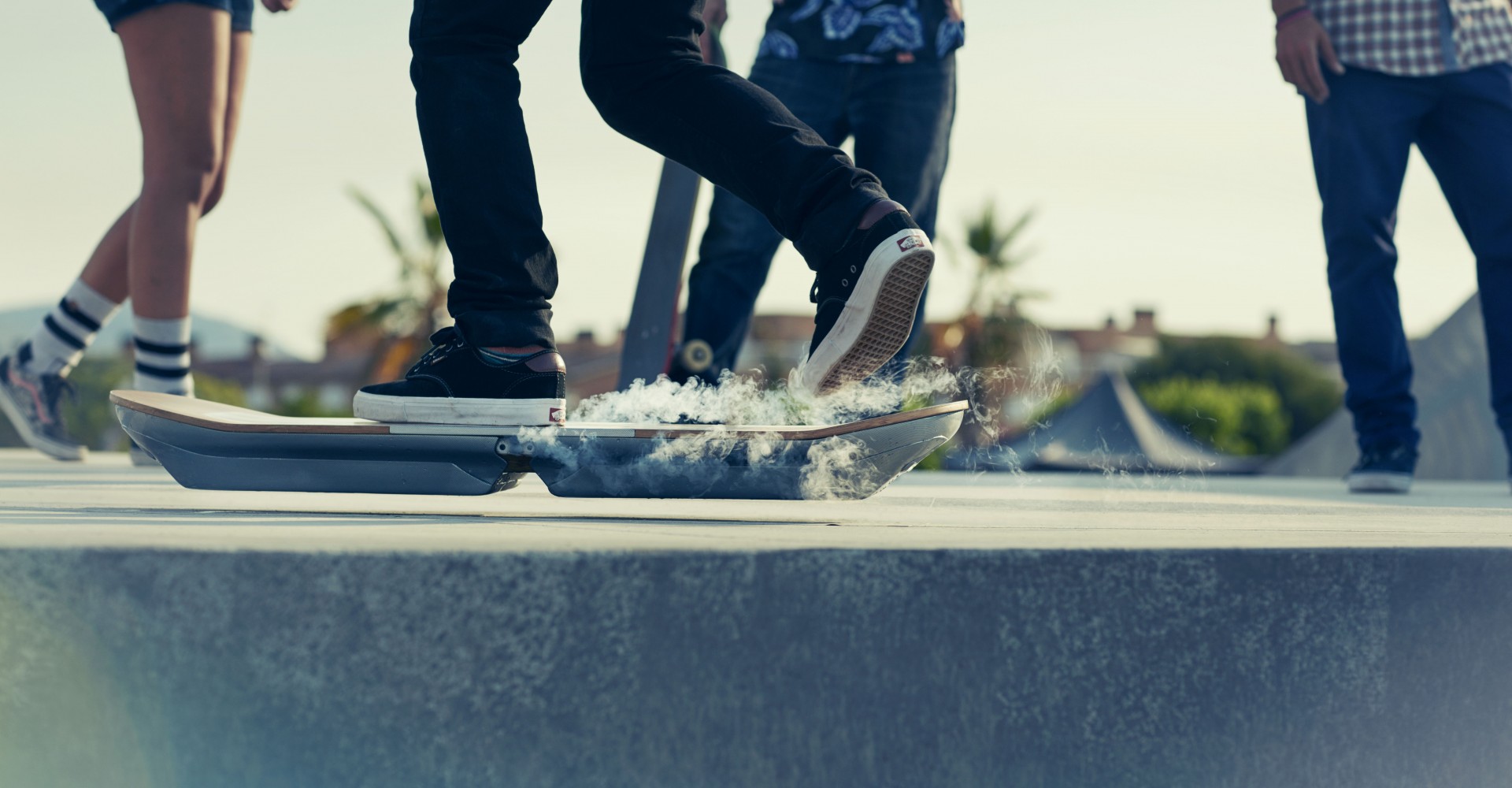 It seems we’re going back to the future this week, as Lexus has finally shown off its hoverboard in full sliding glory.

As the video shows, this hoverboard can conquer ramps, bowls and er, jumping over a Lexus.

However, all isn’t entirely what meets the eye. There’s some seriously clever technology going on underneath everyone’s feet.

Below the entire skatepark are a series of magnets which work together with the board to ‘hover’. And that smoke coming from beneath the skater’s feet isn’t seriously smelly trainers but liquid nitrogen cooling down the superconductors located within the board itself.

However, despite this being a Lexus-led experience, the technology was designed in partnership with a team of German scientists. So Lexus has been making a promotional video with people from the country its main competitors reside in.

Kind of like McDonalds getting help from Burger King, right?

Regardless, it’s a really cool stunt though not one you’re going to see in a skate park near you. Unless you happen to have a few hundred magnets and a superconductor skateboard? No, us neither.