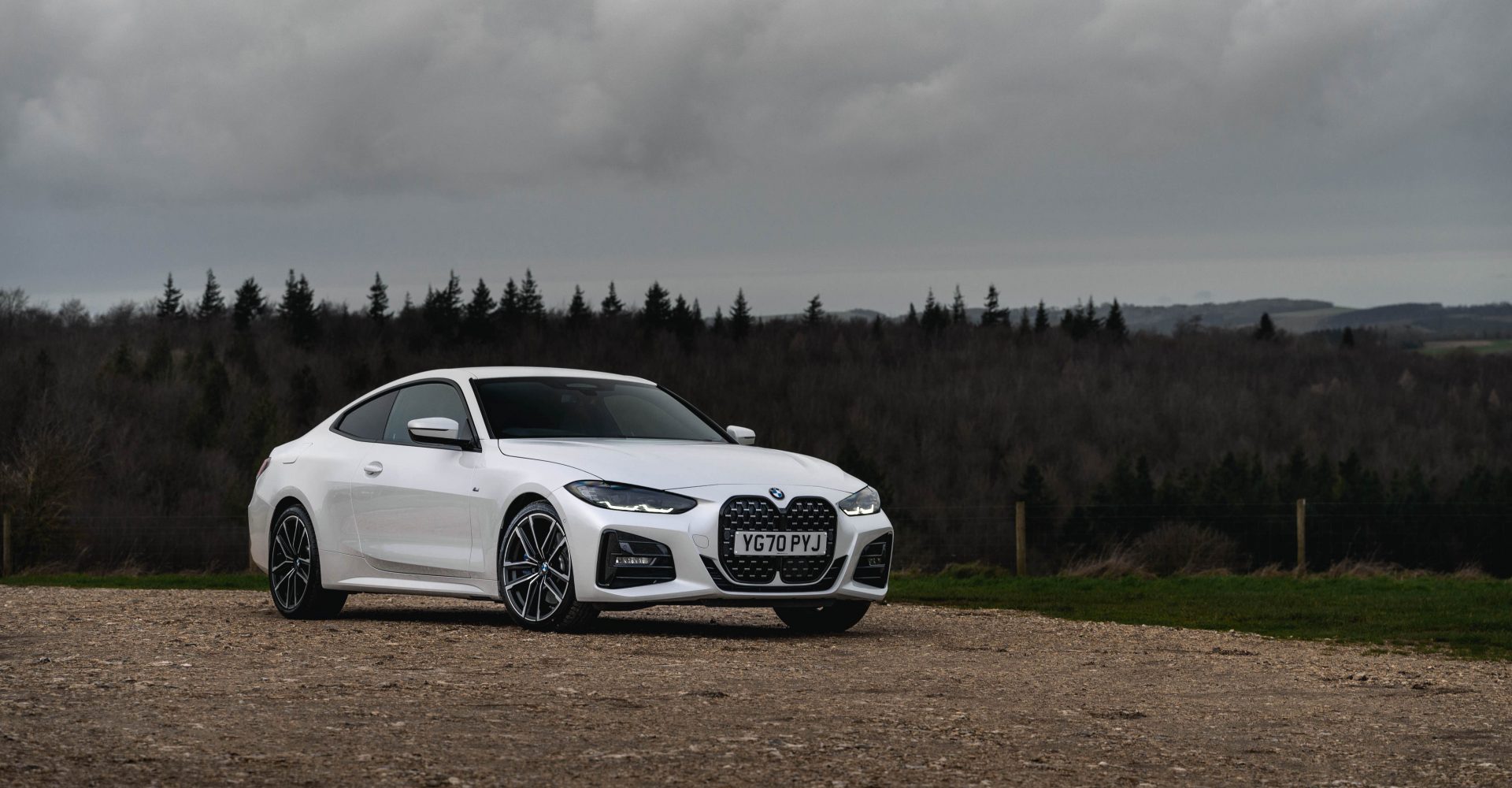 If you pay any attention to ‘Car Twitter’ – those car enthusiasts who spend their days chatting to other car enthusiasts on social media – you’d think the new BMW 4-Series is so hideous it makes children cry as it passes them in the street.

However, as is so often the case with the exaggerated drama of the online world, the reality is quite different. Admittedly I’ve never been particularly offended by the 4-Series front grille anyway – I think many people still see it as the ludicrously oversized unit fitted to the early prototype model – but in the metal it actually works really well.

When BMW offered us the chance to run a 4-Series over the course of a few months to see what it’s like to live with, I deliberately chose a white car with black trim and a black grille because I felt like this would show off any design flaws more obviously.

But even here, the grille is far from the comedic Bugs Bunny face that outraged internet folk might have you believe.

In fact, the new BMW 4-Series is a damn good-looking car. When parked on the street outside my first floor flat, I’m often looking at a high angle from the front, and this is definitely its good side. Every time I catch a glimpse it blows my mind that people have become so focused on the grille.

Where I will concede I’m not the biggest fan of the styling is from the rear. I quite like the swooping tail light signature, but the rest of the body work feels a bit soft and safe. When the front end is so controversial, the rear feels rather forgotten about.

The cabin is what I’ve been most looking forward to since learning I’d be running a new 4er. I’ve long been a fan of BMW interiors, and after attending the car’s launch last year, was pleased to see this high quality has continued.

The materials all feel great quality, and the design manages to be a great compromise between modern minimalism while retaining physical buttons where necessary. The screens are mostly clear and easy to use, while the Apple CarPlay integration has worked flawlessly so far.

Furthermore, I’m what’s politely referred to as ‘lanky’ and often struggle to get comfortable in cars. However, in the 4-Series I can easily get comfortable, so its adjustability is fantastic.

On the downside, my only complaint has been one I’ve often had with BMW models. To scroll through the menus on the instrument cluster you press the ‘BC” button on the left wheel stalk, but changing between trip types and the information that’s displayed within it requires heading into the menus on the dashboard.

I’d just prefer access to a simple trip overview with how far I’ve travelled and my average fuel economy, and easily switch between that and longer-term information. The Skoda Superb I’ve been running for the past year has this available at the scroll of a dial, and it seems like a simple oversight. I’ll delve deeper into the menus to see if I can get this and report back – but even if I can, it shouldn’t be this hard.

I’ve not driven it far yet, just essential journeys during lockdown, so I’ll wait until the next report to discuss what it’s like behind the wheel. First impressions? As this is the 420i, it’s using the entry-level engine so isn’t the quickest car out there… but apart from that I’ve been delighted with the driving experience. It’s been a fantastic daily driver so far.

Finally, I spent a little time getting BMW’s ownership apps connected to the car. Typing ‘BMW’ into the App Store brought up three apps called BMW Connected, Driver’s Guide and My BMW. They’re easy to connect; simply enter your vehicle’s VIN and it will sync the app with your car.

The Driver’s Guide is essentially a digital owner’s handbook. However, Connected and My BMW appear to be the same app but with slightly different designs. I’ve Googled them and BMW has web pages for both, and both have been given updates within the last month.

The only difference I can see is that My BMW uses the new ‘flat design’ BMW logo, which has been designed with digital use in mind, whereas Connected has the old logo, so I’ll probably stick to My BMW for now and ask the press team for clarification.

So after the first week of ‘ownership’ it’s a largely positive report. The BMW 4-Series looks good and it’s great to drive, with just a few minor ‘user experience’ frustrations to report. I’ll report back in a month to see if the honeymoon is over or a long-lasting bond is forming…