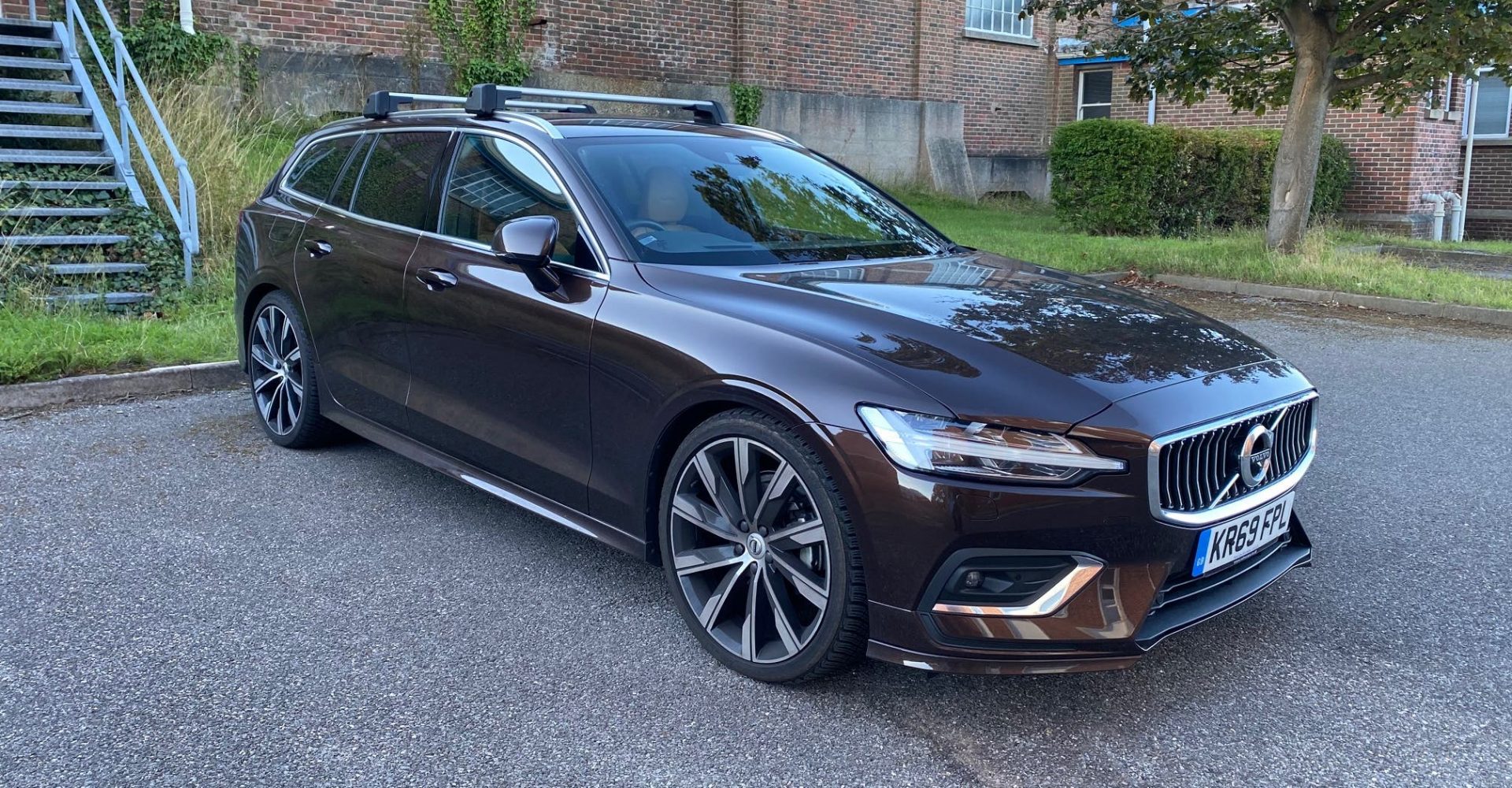 If you’re thinking of buying an SUV – stop for a minute and read this – because I am convinced that unless you’re about to start green-laning for your commute, you really don’t need one.

I’d argue that barring the high driving position, an estate would be far better suited to most car buyers than a jacked-up 4×4. Let me explain.

I’ve lived with this wonderfully brown Volvo V60 for a year now and, although for much of that time it was sat doing nothing as the world remained on standby, when it was called into action it was nothing short of cracking.

Let’s begin on the practicality front. This V60 may be the smaller estate of the Volvo range behind its cavernous V90 big brother, but I’ve never failed to fit in what I need to.

It’s dealt with garden centre hauls, sofa relocations and countless Ikea trips. The low load height, the power-assisted tailgate and the fold-flat rear bench seats mean that whenever I need it, I’ve had the practicality of a van.

You’d never have the same benefit in an SUV. Most boots are smaller, the seats won’t fold flat and they simply don’t have as much space. Plus they’re harder to lift stuff up into.

And while it tops the load lugging league, the V60 is also a delight to drive. The automatic gearbox is smooth, it handles brilliantly and although the 20-inch wheels weren’t the best choice when it comes to ride quality, my word they do look fantastic.

I love the feel of the steering, the driving position is nigh on perfect, although some ape-armed like human beings (me) might say it’s a little cramped behind the wheel.

So, we’ve got the estate beating the SUV on two out of three – I’ll now make it three for three on the looks front. Come on, you can’t argue that this is not one seriously handsome car?

Volvo has managed to nail its design in recent years and I’d honestly recommend them over any German brand. In fact, so much so a friend of mine is now very happily rolling around in an XC60. Yes, I know he made the wrong choice on the model front, but at least he got the manufacturer right.

Life with the V60 over the past year hasn’t all been plain sailing – there were a few hiccups it went back to the manufacturer to fix at the start – but since then things have been relatively acid reflux free. There’s been the odd glitch with the Apple CarPlay, but I think that might have been down to a dodgy cable, and the keyless entry doors don’t always work first time, but I’ve got used to them too.

The interior really is a masterclass for classy luxury. It’s very Swedish (funny that) and the touches of wood, elegant dials and fantastically intuitive multimedia system has meant it’s always just worked.

I’ll miss the heated steering wheel that got used far more often than you’d imagine and the heated and cooling seats were always on one setting, or the other.

Other extras I couldn’t have lived without included the frankly amazing Premium Sound by Bowers and Wilkins music system. It’s concert level good. The 360 degree parking camera is an absolute must (£700 extra), as is the aforementioned Apple CarPlay / Android Auto.

Much has been written about the death of diesel, and while I’ll admit that buyers are turning their back on the fuel, I must admit I’m still quite a fan.

The D4 190bhp engine returned a comfortable 50mpg, had emissions of 122g/km and all matched with a silky automatic gearbox and a great turn of speed. It’s a cracking engine – fast and smooth – and can hit 60mph in 7.6 seconds. That’s plenty fast enough.

There’s a lot to like about the V60, especially in this Inscription Plus trim. From trips to the Alps with a roof box and boot full, to Centre Parks with three bikes on the roof, it’s been a comfortable, stylish and incredibly practical companion for nearly a year.

In fact, so much so I really struggled to hand the keys back. Not just because of social distancing with the delivery driver, but because I’ll miss it sorely.

Perfect car? I’m pretty sure it’s close. Obviously all of the above will now be totally blown out of the water as I try my next model from the Swedish brand – the Volvo XC40. Yes, it’s an SUV. Standby for much backtracking, but until then I’m off to search Auto Trader for some used V60s.