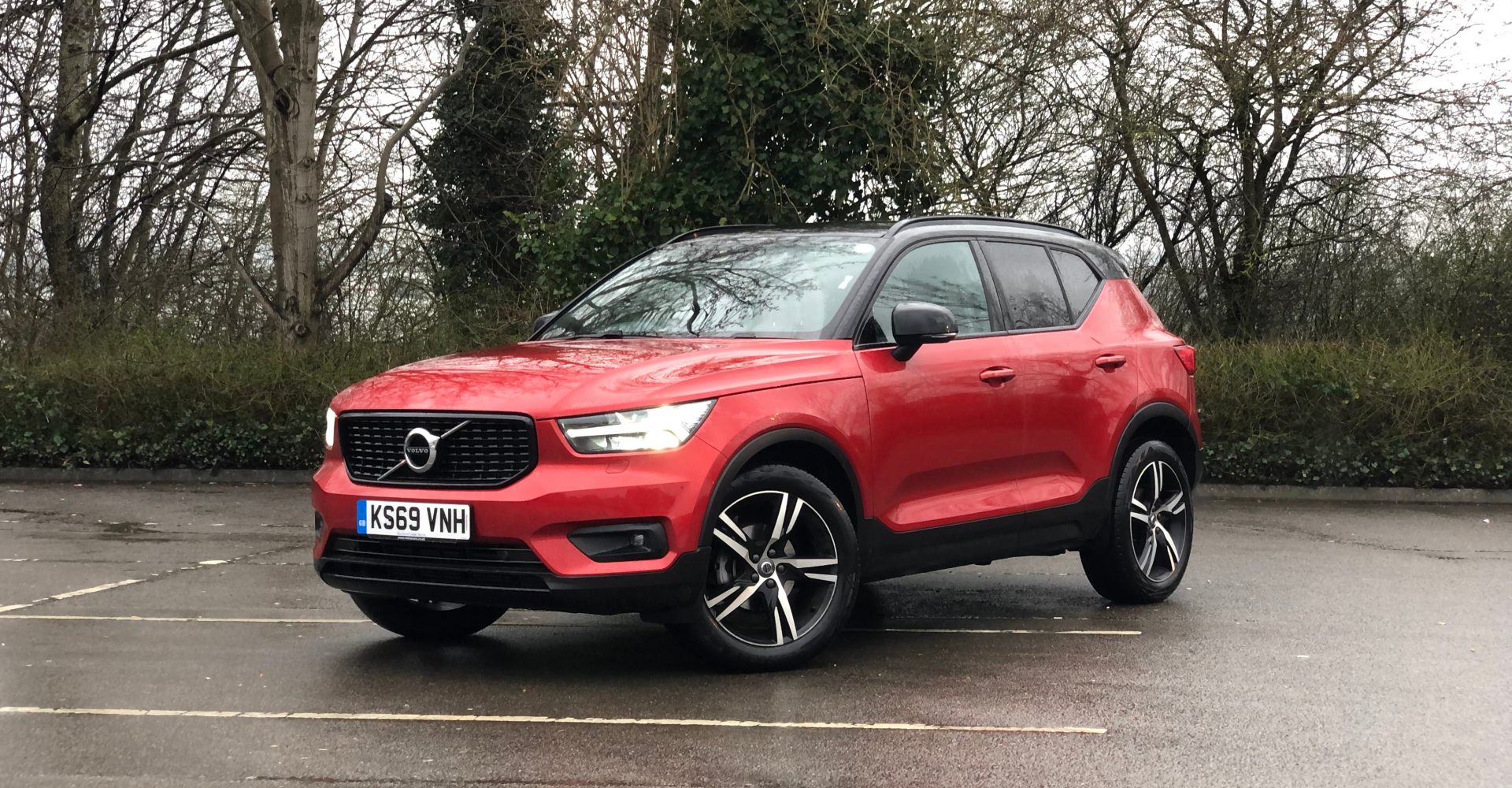 It doesn’t seem long since we were first handed the keys to our XC40, but it’s already time to give them back. For once it’s not because the pandemic has slowed down time, either – it’s that Volvo leant us a red T3 petrol to try while our own plug-in hybrid model was being built.

Anyway, one thing at a time – said T5 Recharge has only just arrived, so for now it’s the T3 that we really need to talk about.

After some logistical to-ing and fro-ing, I’ve been put in charge of the smart-looking XC40 R-Design for the last few weeks – and luckily I’ve been able to actually drive it a little more than its previous keeper.

In an amusing quirk of no travel for 12 months, despite having only clocked up 4,000 miles our car was already a year old and in need of its first service – so our first essential trip was to the freshly decked-out showroom at Bells of Northampton. As you’d expect, everything went with typical Swedish efficiency – from booking a slot online to the securely laid-out, Scandi-chic waiting area.

That sorted, we could get better acquainted with the XC40. First impressions are good: the insides are still very Volvo-y, by which I mean there’s little to suggest that the Swedes have skimped on materials or features compared to its larger and more expensive siblings.

You get the same steering wheel, touch screen, dials and so on as the much pricier XC90, and as is usual in a Volvo, the seats and ergonomics are all spot on too.

It’s only when you start the engine of our T3 that you’ll notice you’re in the smallest (for now) model in Volvo’s range. A downsized engine is par for the course these days in a small SUV like this, but hearing a three cylinder thrum coming from a car as chunkily-styled as the XC40 takes a bit of getting used to.

It’s not short of power with 160bhp, mind; and despite the Volvo’s brick-shaped exterior, feels much more capable at higher speeds than you might expect – and quieter too.

However – and as mentioned in previous reports – this particular XC40 doesn’t play nicely in an urban environment. I’m not sure whether it’s the turbocharged engine, the automatic gearbox or an overly sensitive ESP setting, but the T3 makes a complete meal out of something as simple as joining a roundabout from a standstill, even with start/stop switched off.

If you’ve got all the time in the world and can be gentle with the throttle, everything behaves as it should. But on the occasions where you need to be a bit quicker – think a fast-moving roundabout on a ring road – everything falls apart.

A purposeful prod on the throttle and… some time passes. Then some more time. And then, after what feels like hours, the revs soar and you’re off – but not before the ESP kicks in, slowing progress for fear of even a hint of wheel spin.

Things are particularly bad at junctions – introduce a smidge of steering angle into the mix, let alone some damp tarmac, and you’ll find things get even hairier. Not ideal if, like me, your housing estate has a right turn onto a busy road in order to get anywhere.

These aren’t faults unique to the Volvo, of course: pick any Volkswagen Group car with an automatic and you’ll find similar issues. It’s the sort of thing that a bit of hybrid assistance would help overcome – providing some instant boost to tide you over while the turbocharged engine is waking up. Call me old fashioned, but I also reckon opting for all-wheel-drive – overkill or not – would sort it out too, as at least some of the problem seems to be a lack of grip.

That annoyance aside, the XC40 is a pleasant thing to pilot around. It’s not fun to drive in the way that a BMW X2 would be, but that’s okay – it’s not really what it’s here for.

Think of it more as a miniature XC90, or a Swedish Range Rover Evoque – comfortable, well insulated from the world, and reassuringly chunky. Tellingly, in the last month and a bit it’s been up and down the country’s motorway networks, from the South East to North Yorkshire – and I don’t think I’d have been any more comfortable in one of Volvo’s bigger and more luxurious models. Nor, it must be said, did I really want for a bigger or more powerful engine.

In short then, it’s a great overall package, slightly let down by the T3’s dithering performance around town. If our newly-arrived plug-in hybrid version can fix that, we’ll be onto a winner.