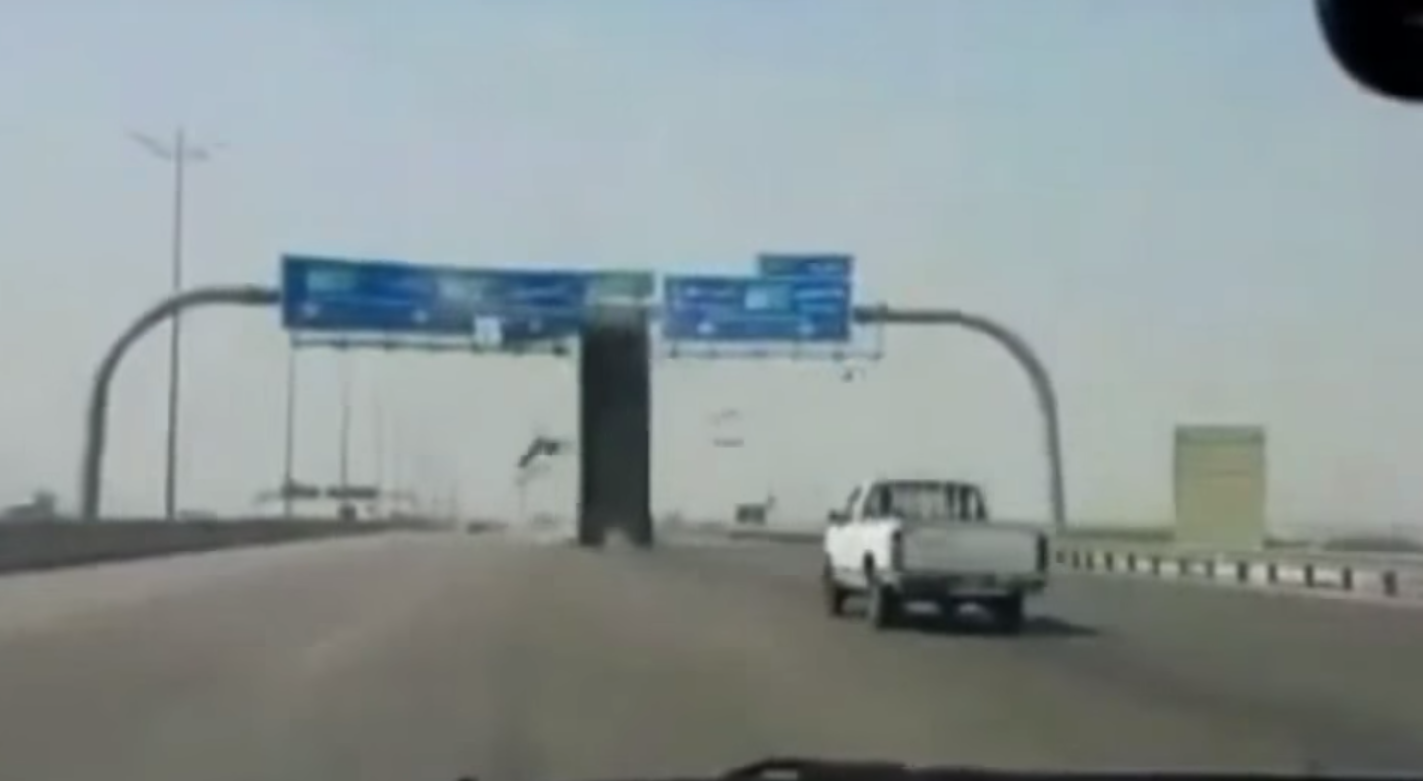 This lorry driver must have had the same feeling, though probably not quickly enough to stop him ploughing into an overhead motorway sign with the bed of his lorry.

It’s an impressive crash, and luckily the truck manages to stay on all four wheels after dragging the majority of the sign down.

Reports have said that the incident happened in the Middle East, and it’s lucky that the road behind the truck is pretty quiet. A car travelling right behind still has to slam on its brakes, though.

The footage was captured on dash cam (isn’t it always?) so check it out in full below: