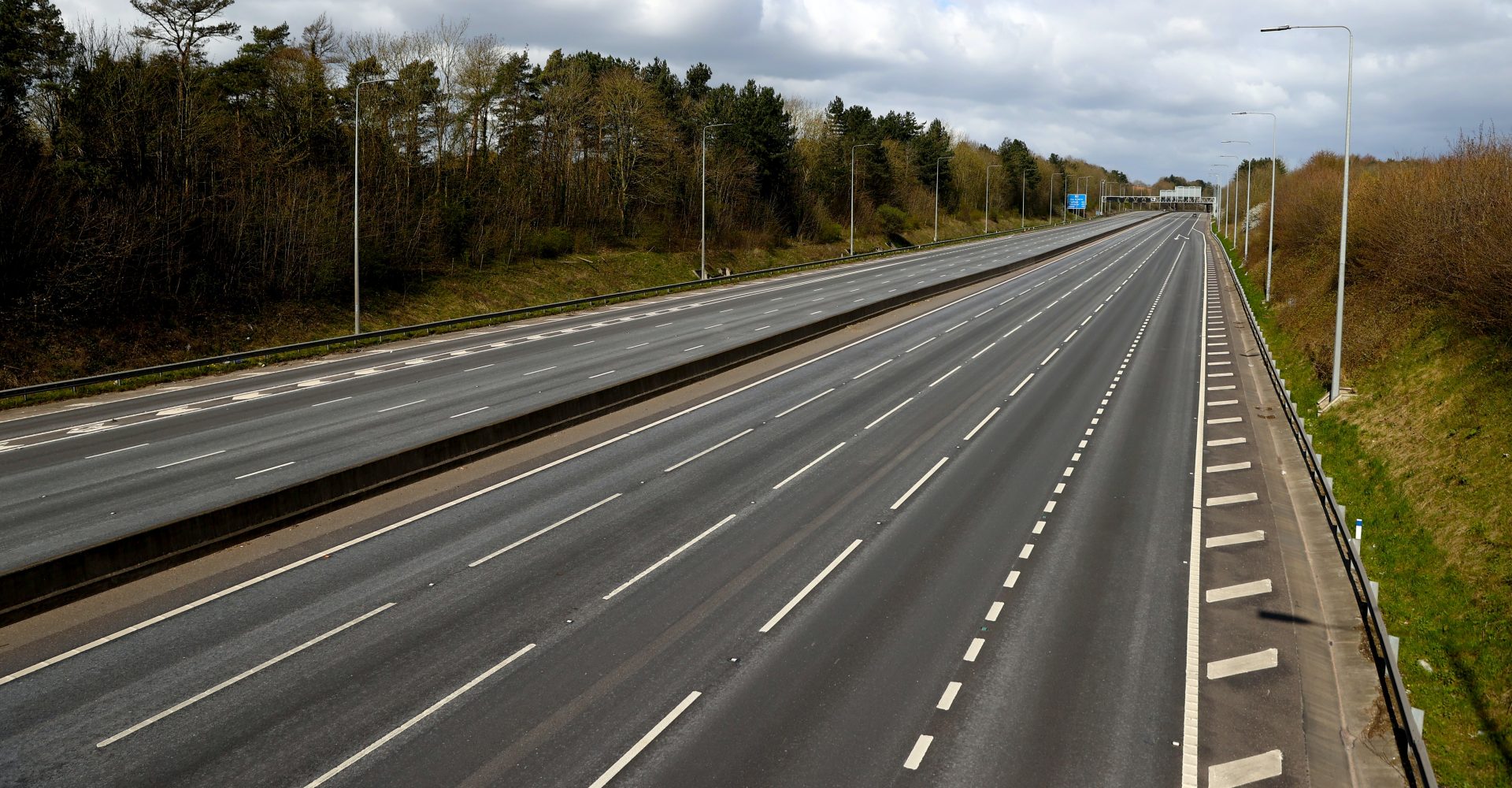 Opportunities to take advantage of a huge reduction in motor traffic by improving transport systems have been “lost”, a motoring organisation has claimed.

The AA said there was a lack of new facilities to encourage people to cycle the last leg of their journey, and criticised the “local traffic congestion” created by some council road closures.

This was the largest 12-month drop recorded in data going back to 1994.

DfT analysis indicated that the virus crisis led to a reduction of 52 billion vehicle miles over the year to June, as people were urged to avoid non-essential journeys.

AA president Edmund King said: “The biggest recorded fall in UK traffic has been one of many stunning impacts of the coronavirus impacts.

“It has seen huge reductions in fuel consumption, deserted evening roads, a surge in deer and wildlife collisions, and the boom in home deliveries.

“However, it has also seen lost opportunities, such as the failure to launch pop-up park and pedal facilities to provide an alternative to urban public transport, and a series of residents’ revolts in London and other UK cities as some councils restricted road access and created local traffic congestion – in direct contrast to what was happening on the country’s roads in general.”

RAC head of policy Nicholas Lyes said: “There is little doubt that 2020 is having a profound impact on our travel habits.

“The million pound question now is what happens next.

“With the introduction of local lockdowns in several parts of the UK, we’re already seeing traffic volumes start to dip again after rising through the summer.

“Nonetheless, the RAC’s own analysis suggests that drivers are attaching greater importance to having access to a vehicle in light of the pandemic, which they see as a reliable and safe form of transport in these continuously uncertain times.”