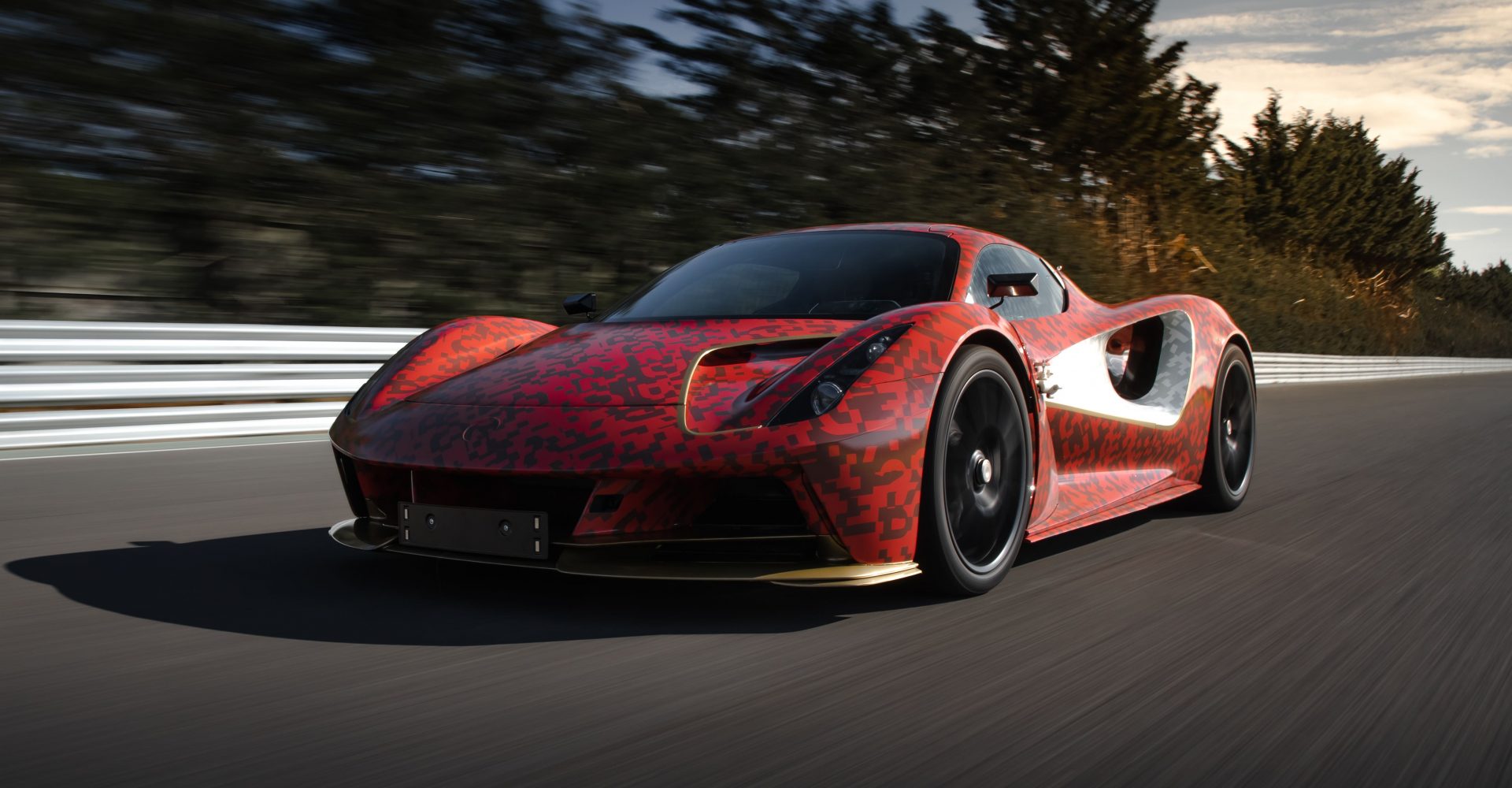 Lotus has given a closer look at its latest Evija model through the release of a new video as well as further details about the electric hypercar.

Shown undertaking vehicle testing at the firm’s 2.2-mile track at Hethel, Norfolk, the Evija uses an electric powertrain which returns 1972bhp and 1700Nm of torque. With a powerful electric motor on each wheel, the Evija is claimed to hit 0-60mph in under three seconds and hit a top speed of 200mph.

Lotus has today disclosed information about the car’s driving modes. Five separate settings are available, with ‘Range’ reducing the amount of power available ensuring that the maximum amount of distance is delivered by the batteries.

‘City’ provides greater power control while reducing the amount of regenerative braking, making it easier to drive in urban environments while ‘Tour’ brings automatically switchable four- or rear-wheel-drive. ‘Sport’ setting delivers more power – and the stability control systems are configured to provide more grip – while ‘Track’ mode, which is the most extreme, boosts power to its maximum output while the chassis itself is configured into its most aggressive setup.

The Evija is set to be the most powerful series production car ever built and is set to be limited to just 130 units. Each one will command a £1.7 million price tag.