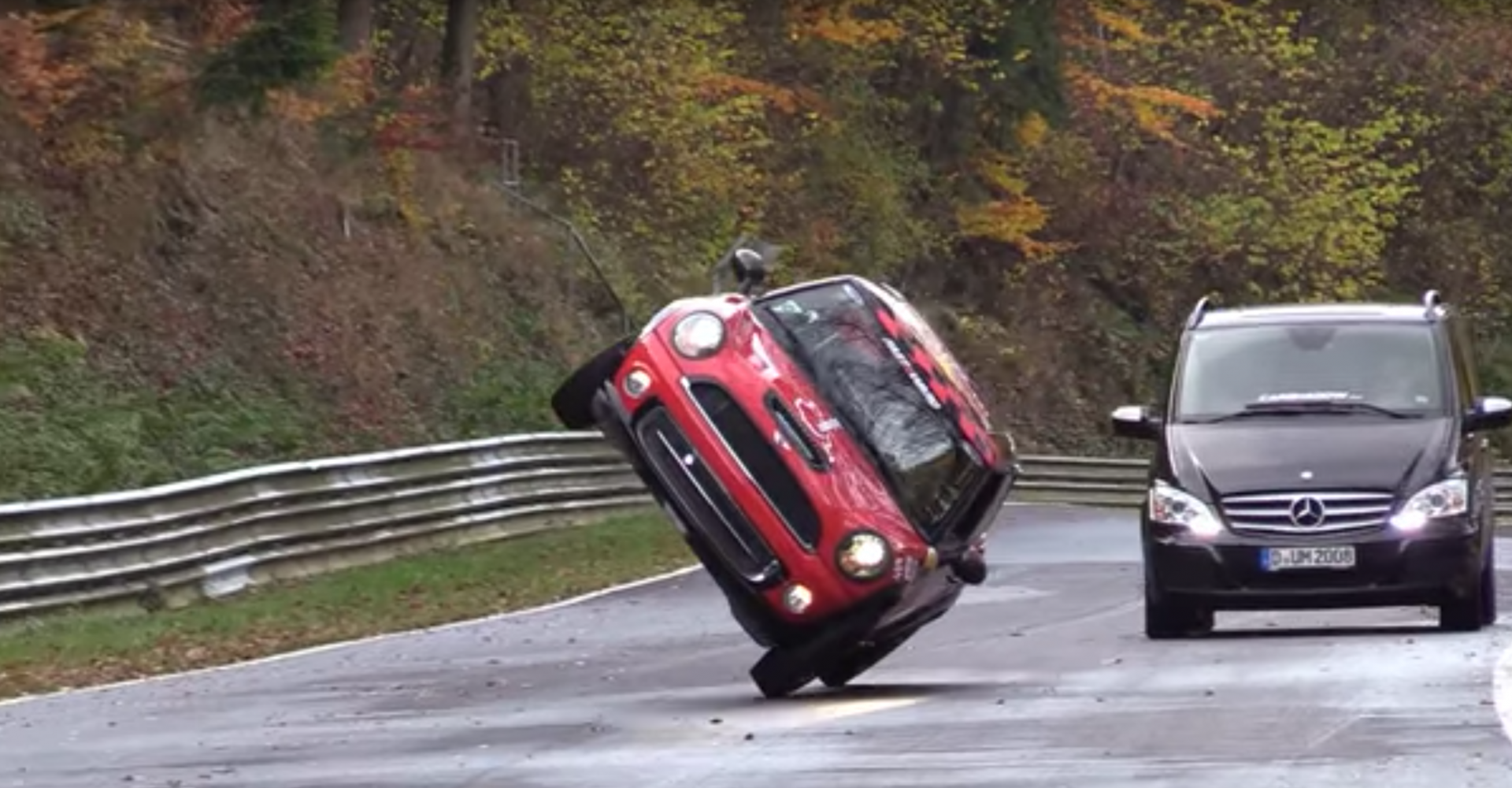 Taking a car around the Nurburgring Nordschleife requires a fair amount of bravery even on the best of days.

It therefore only seems logical that you’d have to be borderline insane to try to drive one around the fearsome track on just two wheels.

Yet that’s exactly what Chinese stunt driver Han Yue did when he skied a Mini Cooper S around the Green Hell, taking 45 minutes to complete the 12.9-mile circuit.

While Han was only travelling at an average speed of 17.4mph, he still managed to set a new Nurburgring lap record in the process.

More than 200,000 people tuned in to watch the feat – which is one of the most impressive and hilarious laps ever completed – live on Facebook.

The lap really needs to be seen to be believed, so have a gander at the following video.