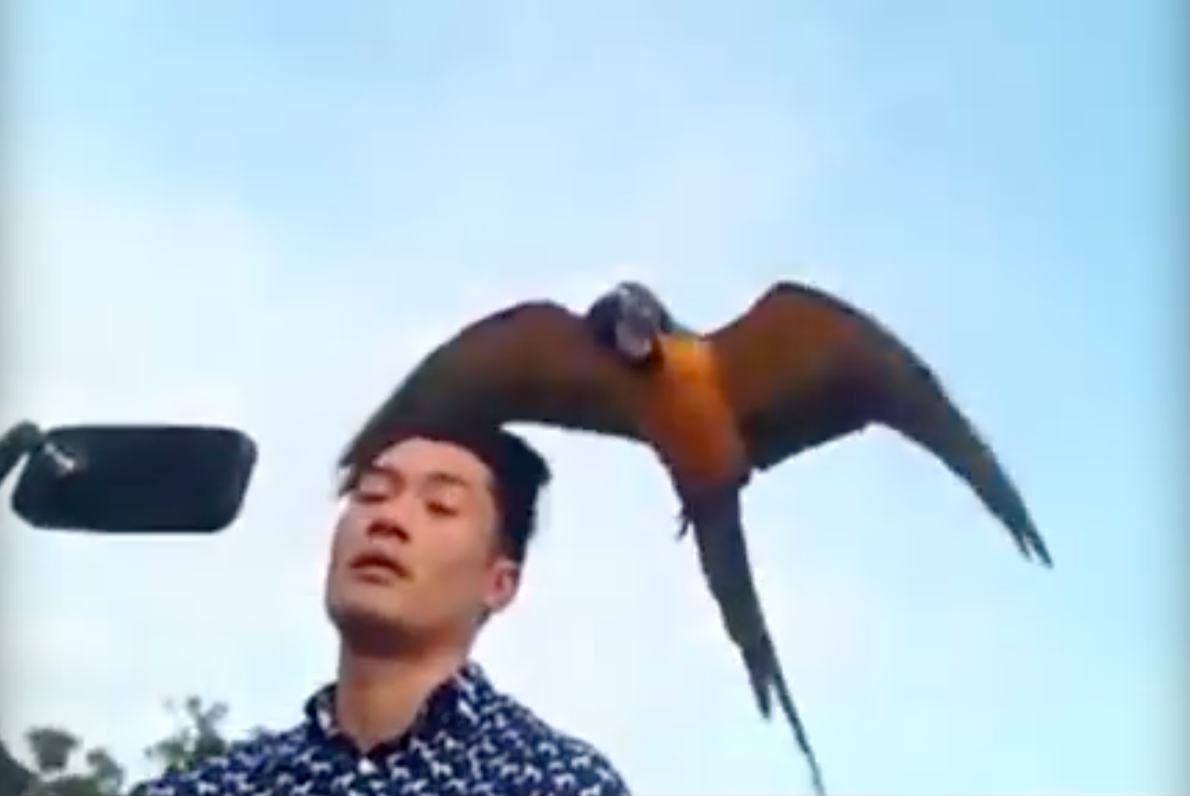 Yeah, yeah, you may have heard that one before, but we can guarantee you definitely won’t have seen this!

Tong Wiwatsunthon captured the extraordinary moment a macaw joined him as he rode his 50cc monkey bike down a country road in Chiang Rai, northern Thailand.

The energetic blue and yellow bird flew within inches of the 23-year-old as he reached speeds of 40mph, and at one point appears to land on his head.

‘I couldn’t quite believe what had happened,’ Wiwatsunthon said. ‘I was travelling about 40mph and the parrot appeared alongside me almost out of nowhere.

‘I was careful to keep control of my motorbike but reached into my pocket for my phone and started making a video.’

We don’t condone him using his phone while riding his bike, of course, but we’re glad he didn’t get into a flap…

Watch the full footage below.