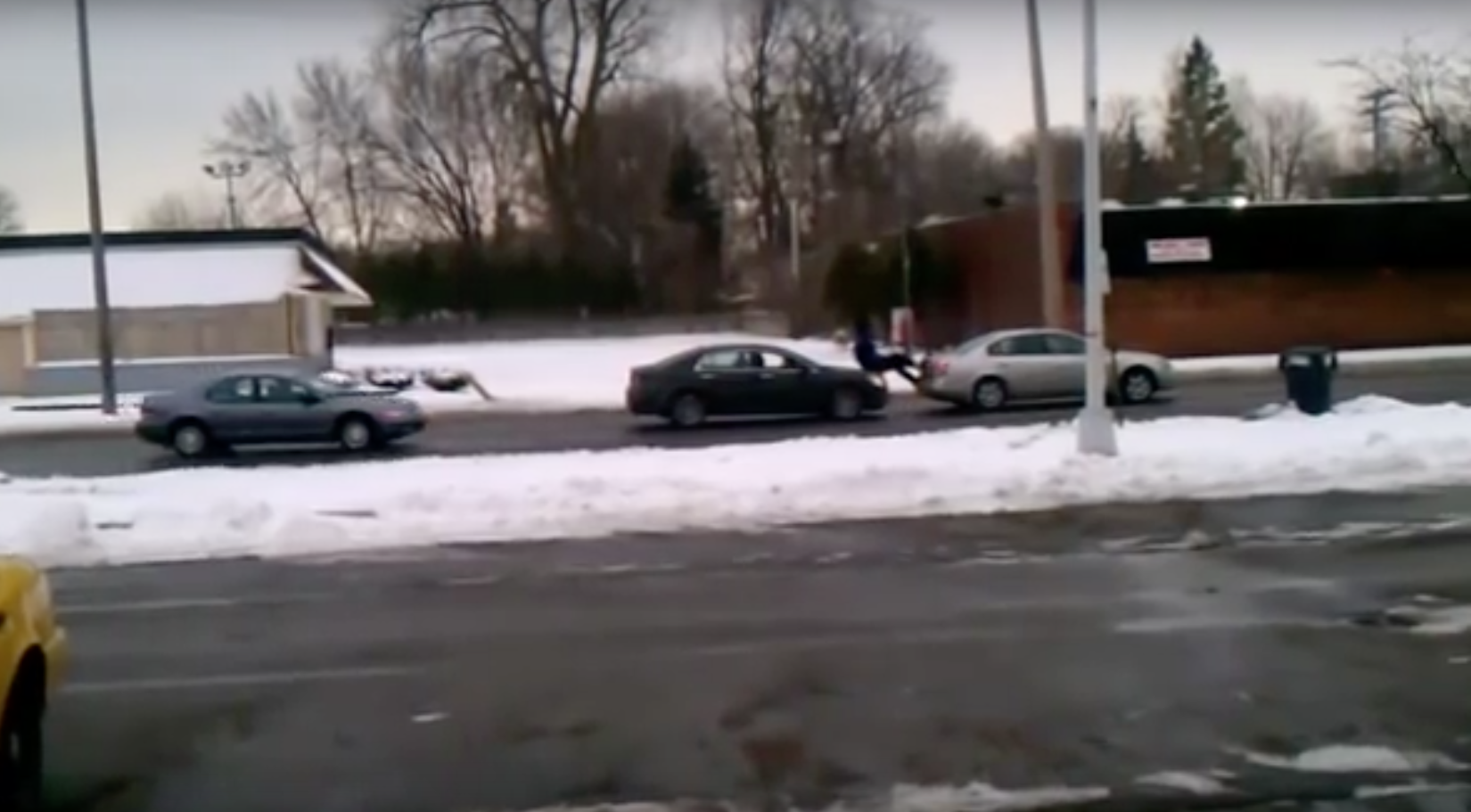 In what is either the greatest or most comically flawed attempt to shift their own car, this guy’s efforts are still worth a watch.

Presumably unable to re-start their car in the middle of a main road, the chap in question hails down an approaching car to explain what he needs them to do.

We would dearly love to have been a fly on the wall during that exchange, because quite why the driver agreed is baffling.

What happens next is inspired. Completely ridiculous, but inspired.

Climbing atop the bemused driver’s bonnet, Mr Muscle presses his legs against his boot-lid, acting as a buffer between the two cars.

Exactly what happened when they reached a corner is unconfirmed…