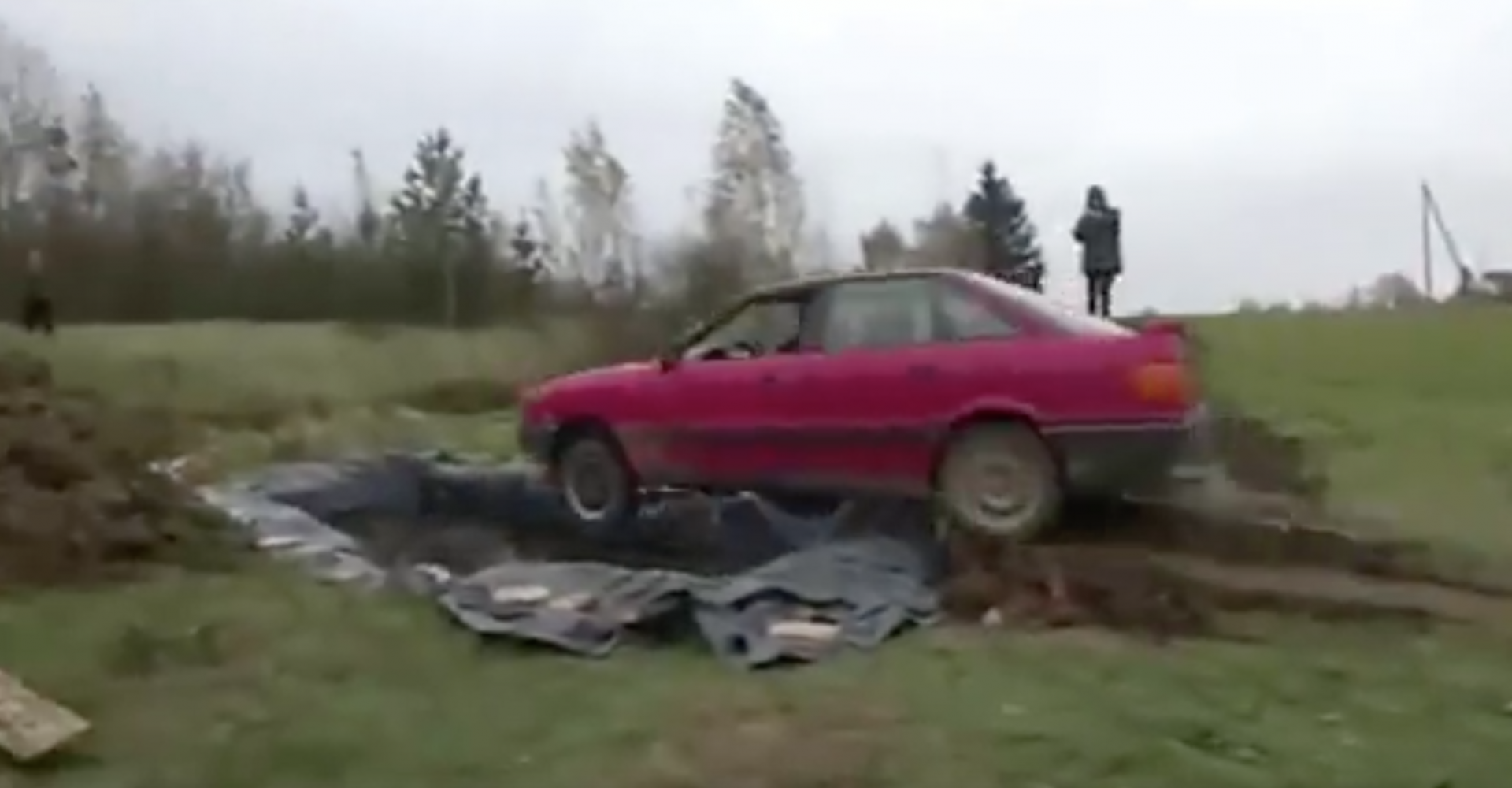 A man in Latvia has dreamt up a rather unusual method of dealing with rust – driving his car into a 12,000-litre pool of Coca-Cola.

After digging a pit on his farm near Sheder, the 73-year-old filled it with the fizzy drink plus a dash of white powder (no, just baking soda) and planned to submerge his Audi in it to get rid of the corrosion. We think you can probably tell that this wasn’t going to end well…

Surprise, surprise, the unnamed man drove his car into the pit slightly too quickly, smashing up the car as it plunged into the Coke/baking soda mix.

It isn’t clear whether the experiment worked or not, but it’s pretty obvious that the damage to the vehicle renders an answer kind of pointless.

The video has been shared the world over, and it’s well worth a watch.