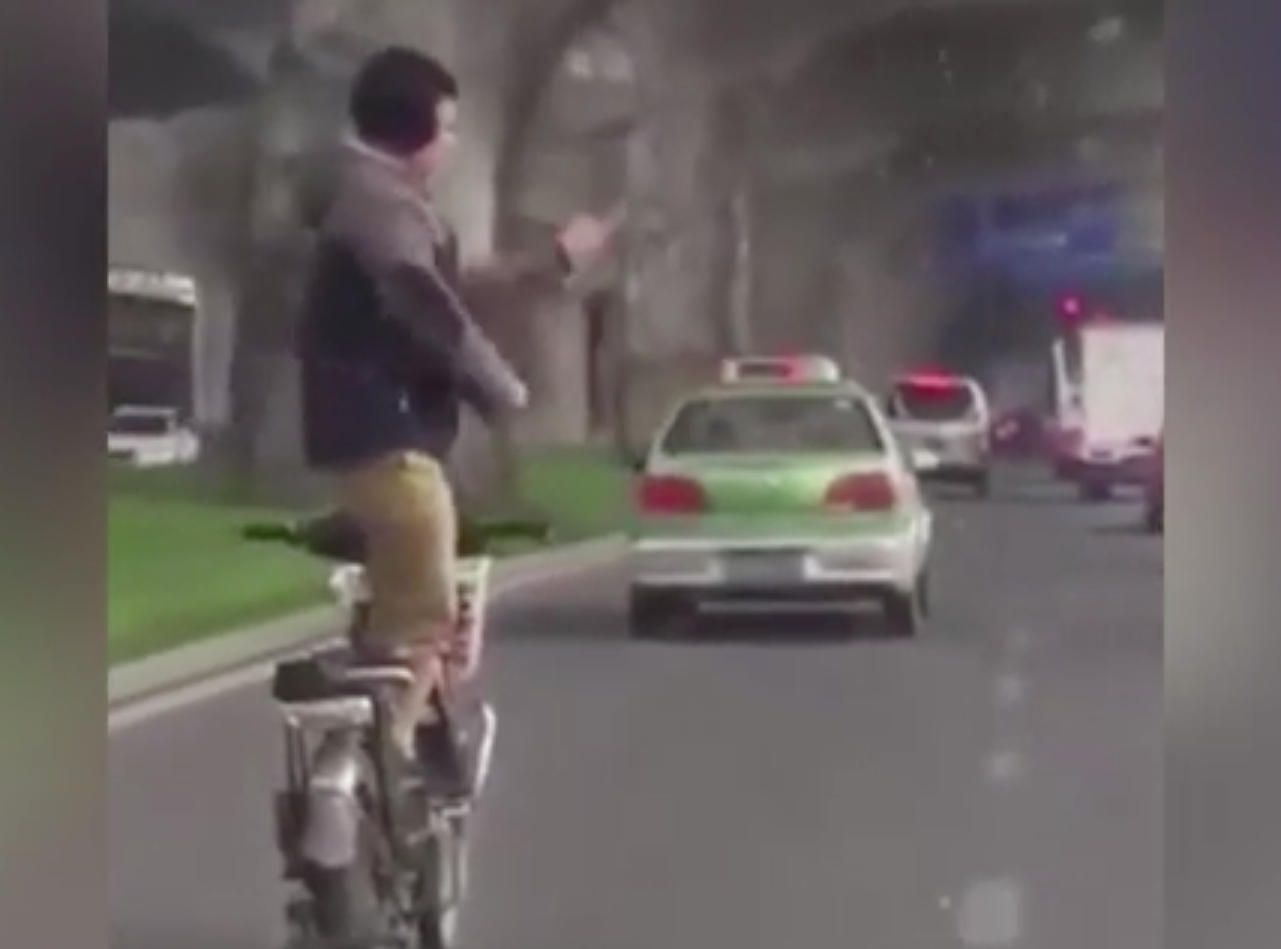 We don’t think roads are the best place to do your morning martial arts practice – mainly because they have those things called cars on them.

But did you ever think you’d see a man practising tai chi on his motorbike? While it was moving? In heavy traffic?

Well, wait no longer, as this man from Chengdu in Sichuan province, China, was filmed doing just that, and we have two questions…

2. Why on Earth would you do this in traffic?!

After appearing on AsiaWire, the clip has received in excess of three million views and the man has been nicknamed the ‘Tai Chi Brother’, which to be honest is rather impressive.

But we aren’t the only ones not condoning this, as Chinese authorities have said that anyone caught doing it will be given a 200 yuan fine, which equates to around £23. OK, so it may not be the biggest fine, but it is a ridiculously stupid thing to do.