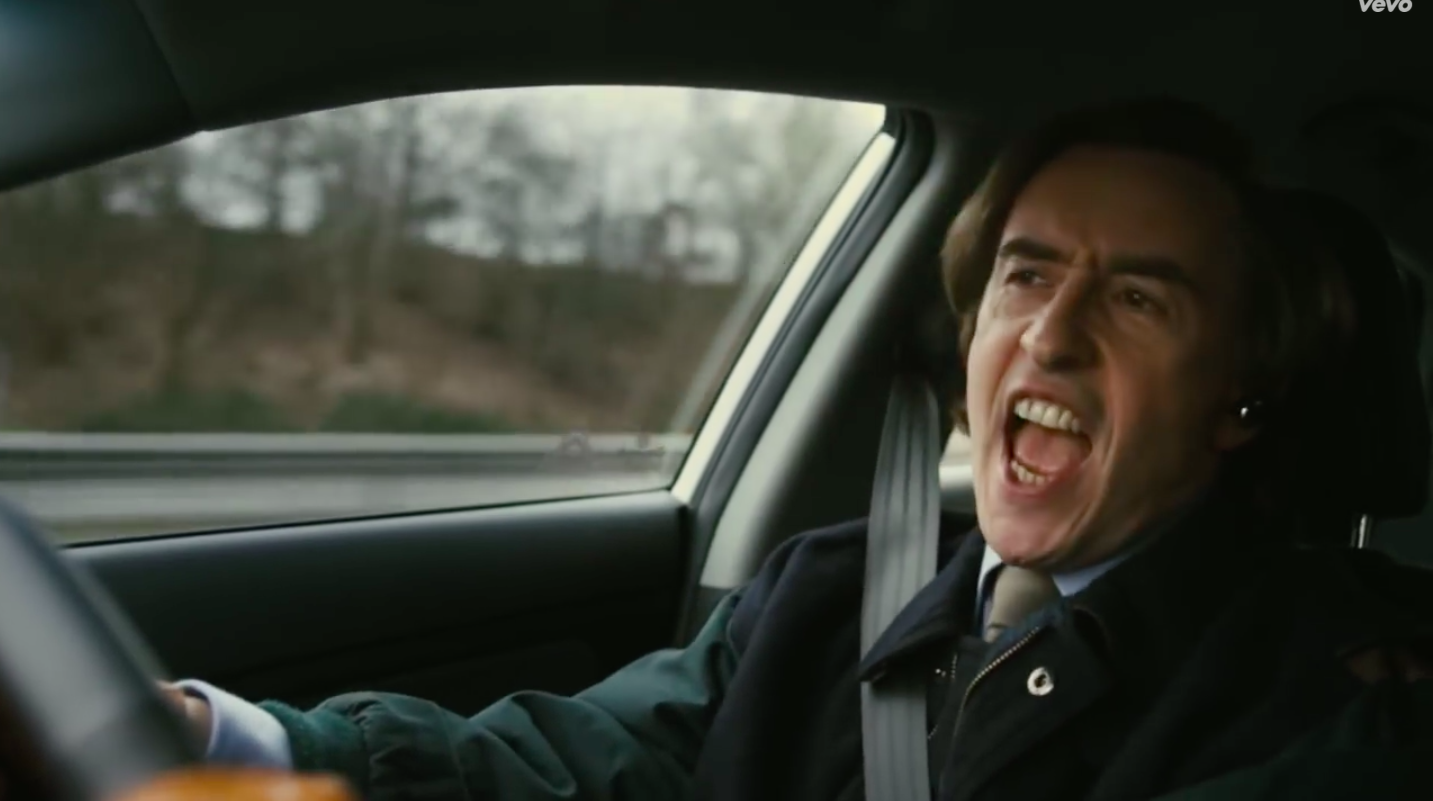 Are you still driving that Renault Megane? If so, let Alan read you something from Top Gear magazine.

“With a mere 90 brake-horse-power available, progress is too leisurely to be called fast, but on the motorway in fifth gear, the Megane’s slow pace really becomes a pain. Uphill runs become power-sappingly mundane, while overtaking National Express coaches can become a long, drawn-out affair.”

Not Alan’s words. The words of Top Gear magazine.

Steve Coogan is a petrolhead. The man responsible for Partridge has previously owned a string of Ferraris, Porsches and Aston Martins, and he’s even appeared on an episode of Top Gear helping Jezza pit a Vanquish against a Ferrari 575.

In fact, Coogan’s mild obsession for sexy metal means that his comic creations can often be seen behind the wheel of an assortment of reasonably priced motors.

Here’s a collection of Coogan’s character’s most comedic car-related clips. Alliteration enough for ya?

The Lexus IS300 drum machine

Alan loves nothing more than talking about the virtues of Lexus ownership, it’s “the Japanese Mercedes,” after all. He also loves drumming along to the Return of the Saint opening theme tune while Lynn visists her mother’s grave. “Go give it to her”.

Before Partridge hit the big time, he could be found reporting on sports events for the local news. Here he is experiencing a white knuckle rally ride with a lady driver.

Coogan’s pest-controlling ex-roadie loved his bright yellow Ford Mustang Mach 1 so much, he once described its exhaust note as “wailing like a banshee in the depths of hell… with a papercut on its tongue”. Partridge fans will also spot Michael in a suit in this clip.

Partridge was going through a bad patch, he binged on Toblerones and drove to Dundee in his bare feet. That didn’t stop rotund Alan from making riveting automotive television programmes.

Hard times befall everyone’s favourite Norwich radio host and he has to downgrade his Rover to something economical. Presumably this previously unseen clip was filmed just after Alan berates Lynn about a Mini Metro.

A trip in a Range Rover

Rob Brydon and Steve Coogan’s excellent “to bed for we leave at day break” section from The Trip just so happens to take place in a big b*stard Range Rover. Coogan also got caught speeding in a Range Rover, the naughty boy.

Desptie Coogan’s love for fast, exotic metal, he is still very aware of the dangers involved with piloting a vehicle at speed… as this video clip from The Day Today handily proves.

It needs no introduction…

Paul Calf and his Ford Cortina

Alan’s latest outing sees him behind the wheel of a humble Kia Optima, which is suppled by Fendales Motors. We know that because it’s plastered down its flanks in large, pink letters.