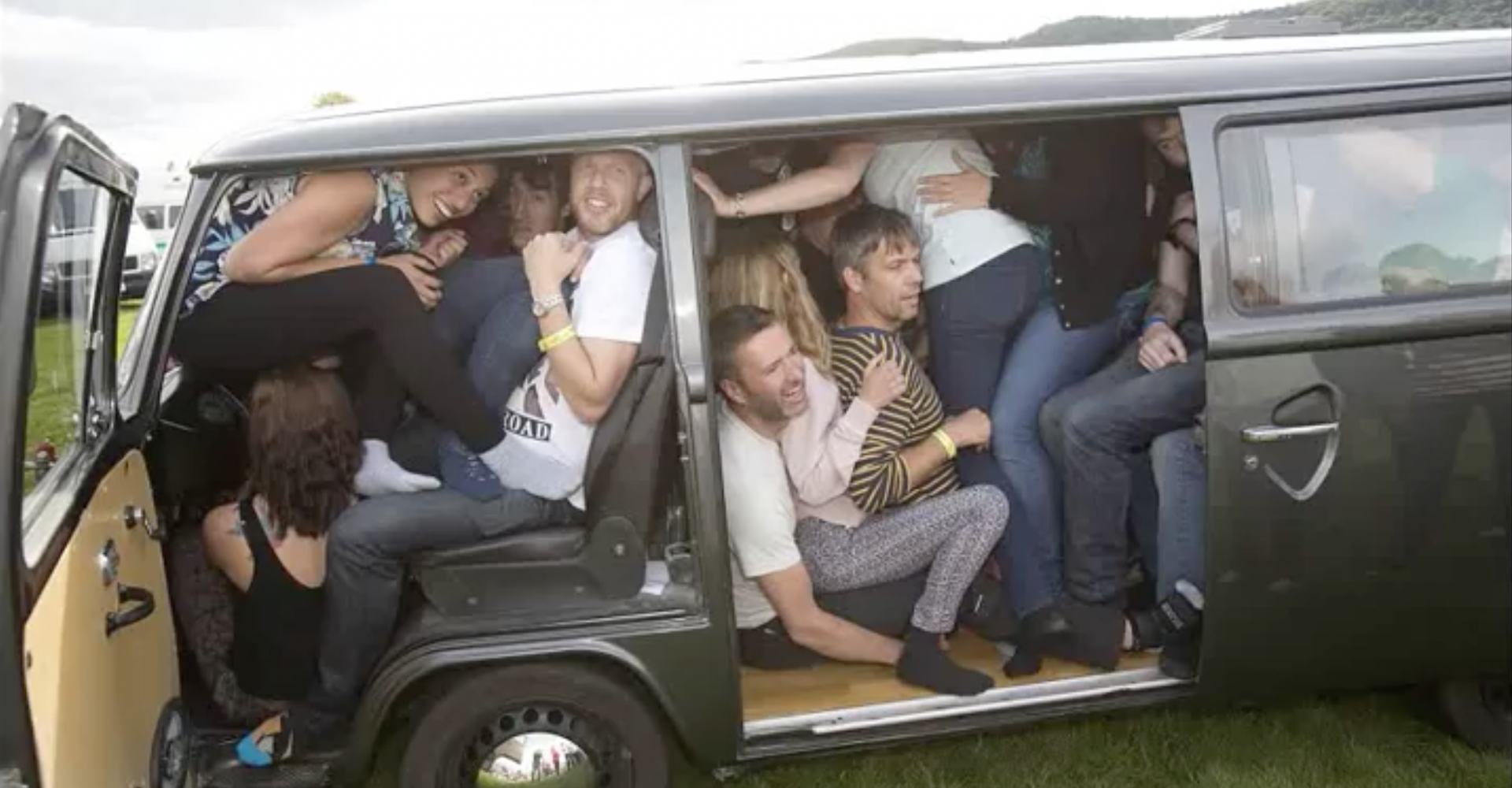 Is this the most excessive load capacity test of a motor vehicle in history? Or the clammiest photoshoot ever attempted?

No, we weren’t initially sure exactly what was going on either, but having done some background reading, we can confirm that it’s actually a successful world record attempt, no less.

The van, an iconic Volkswagen Camper from 1974, was overrun by 51 enthusiastic participants at the Busfest van festival in Malvern, Worcestershire, last Sunday. 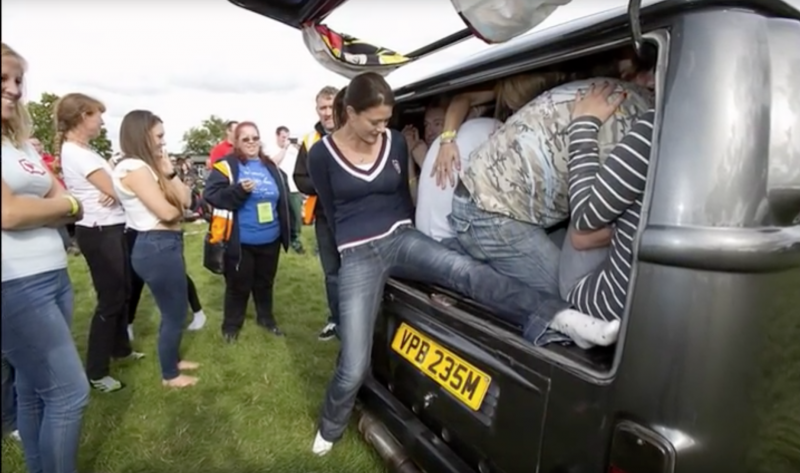 Organised and sponsored by the ironically-named Comfort Insurance, the demonstration was deemed a record-breaker by Guinness World Records, which, judging by the grimacing faces of some of the volunteers, we can’t imagine will be broken anytime soon.

The reasoning behind this bizarre spectacle does have an extremely honourable core, namely to raise money for the Make-a-Wish Foundation, a charity which grants the wishes of children who are suffering from life-threatening conditions. 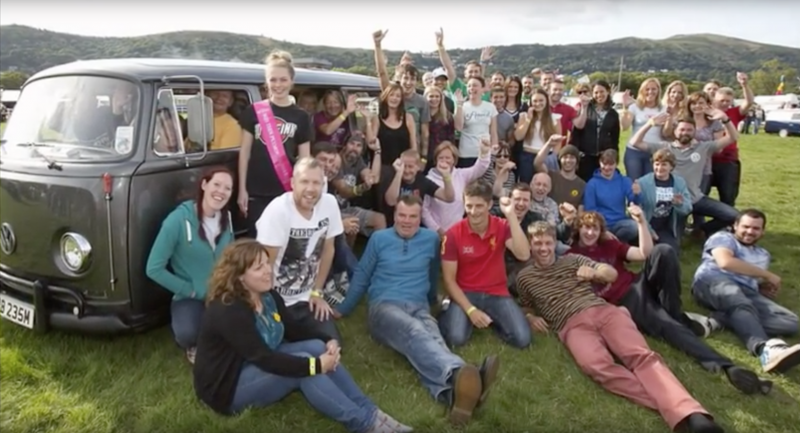 As evidence of the volunteers’ team spirit in pulling (or, more accurately, squeezing) together for a great cause, Calvin, one such hardy soul, described the experience to the Daily Mail:

People’s hands and arms were squashed in my face. When it came to the last person, everyone joined in to pull him in.