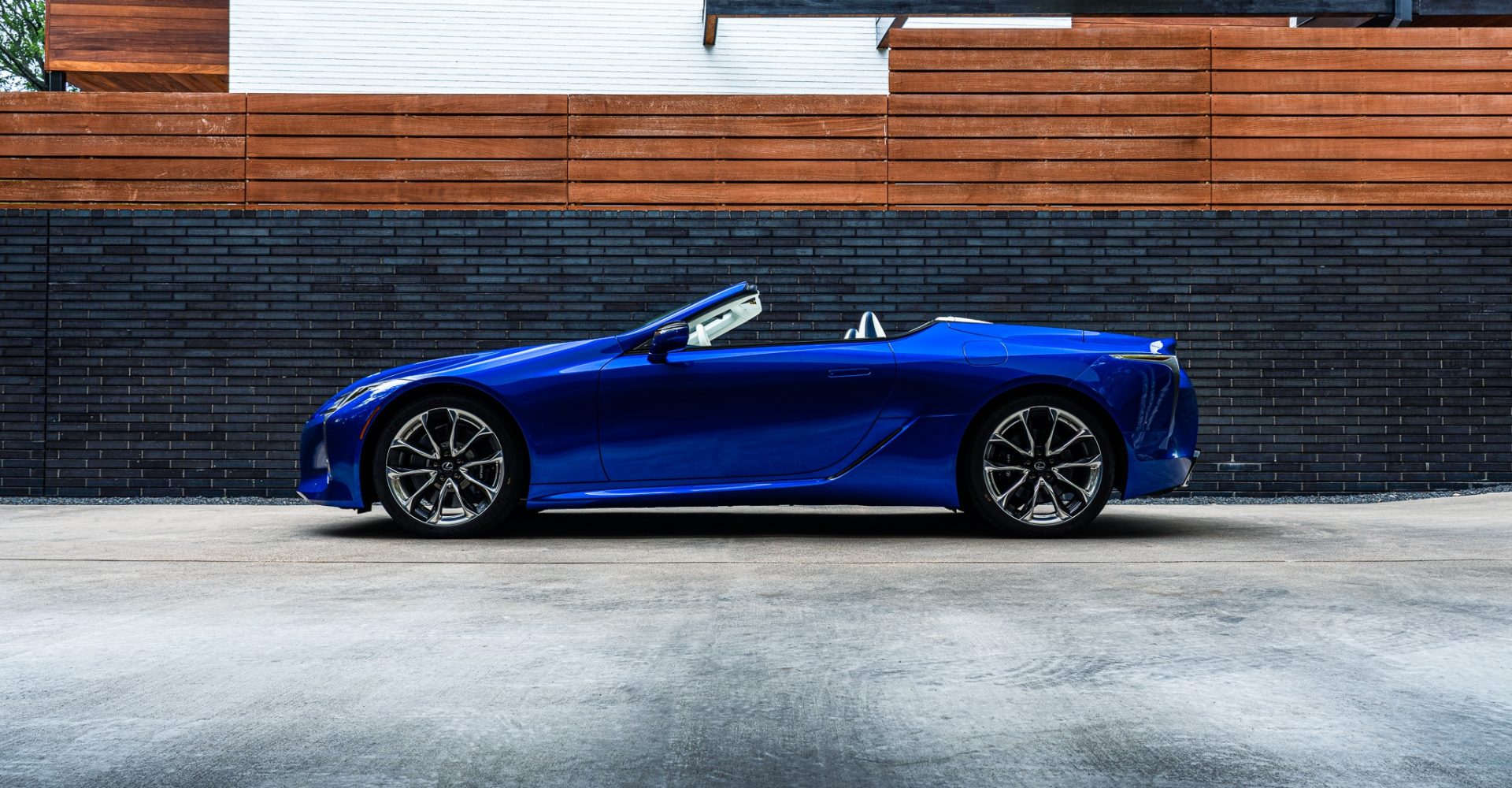 Lexus is launching online reservations of its first soft-top by releasing a marina-themed version of the LC500 Convertible.

Called the Regatta Edition, it is being launched in limited numbers, and Lexus says the UK and Europe’s allocation has already been reserved.

The original LC design inspiration included ocean-going yachts, so the designers took further inspiration for this version by giving it a blue and white theme. The exterior uses Structural Blue paint, which was initially developed for the LC coupe, and features micro-particles in the pigment to highlight the car’s curves in sunlight. The soft-top is in a shade called Marine Blue.

Inside, the upholstery is mostly white, but it also features blue sections that Lexus says is designed to blend more seamlessly with the exterior paint, because convertibles often have their roof down.

The instrument panel and door panels get contrasting blue upper and white lower sections, while the front seat upholstery is white perforated leather.

Beneath the concept car looks is a choice of two powertrains. The sportier choice is a 5.0-litre naturally-aspirated V8 engine with a 10-speed automatic transmission, while the more economical – yet still fast – option is a hybrid system. This uses a 3.5-litre V6 engine and electric motors with Lexus’s clever multi-stage hybrid transmission.

Online reservations for the Lexus LC 500 Convertible open on Wednesday August 5 in the UK, with only Sport+ trim levels available at launch.