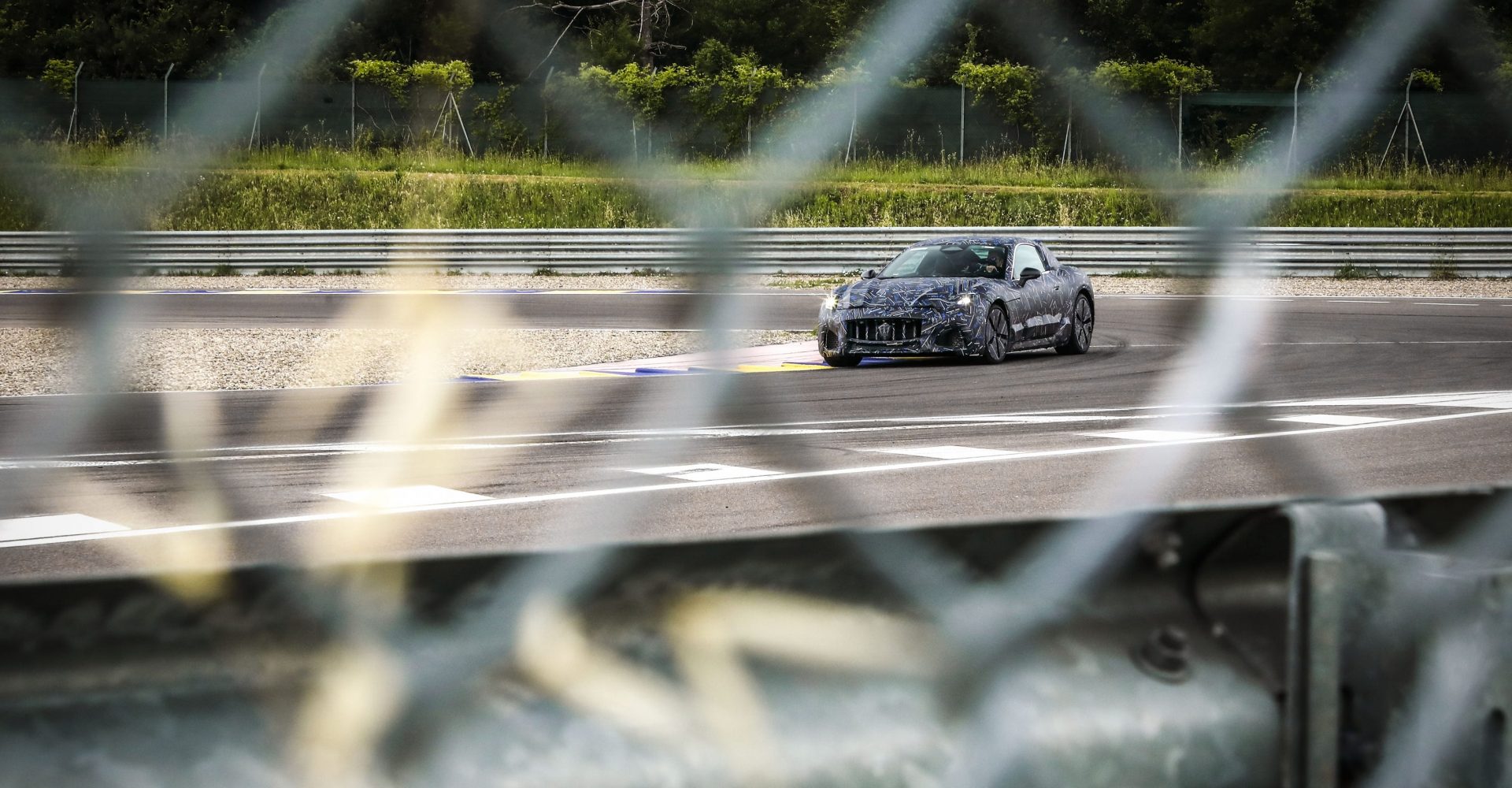 Maserati has showcased its electric GranTurismo for the first time.

Photographed in prototype form – and while wearing heavy camouflage – the images show off the firm’s upcoming electric vehicle.

It’ll be the Italian firm’s first EV and is currently undergoing ‘intensive road and circuit testing’ in order to acquire the data for the car’s final setup.

It has been shown being put through its paces outside Maserati’s Innovation Lab and on the streets of Modena, Italy.

The GranTurismo name has a strong history for Maserati and has been more closely linked to a V8 powertrain. For this latest generation, however, that powerful petrol engine will be ditched in favour of an EV setup.

Despite wearing camouflage, the GranTurismo’s shape can easily be seen and appears to adopt a similar silhouette to the version it replaces. It features a long, raked roofline while Maserati’s trademark large grille and Trident badge remain in place on the nose.

The new GranTurismo – which is set to be fully revealed next year – forms a part of a critical period of change for Maserati. The brand is currently gearing up to launch the MC20 – the firm’s first all-new model in years – while the Grecale SUV is also set to arrive soon, sitting underneath the larger Levante in the range.