If you were going on a caravanning holiday, what would be your tow car?

There are many schools of thought regarding the perfect vehicle for this job: some like power, some like comfort, while The Caravan and Motorhome Club named the Volkswagen Passat Estate Alltrack 2.0TDI 4Motion 150PS its 2017 Towcar of the Year.

Max Verstappen has elected for a different approach, though. 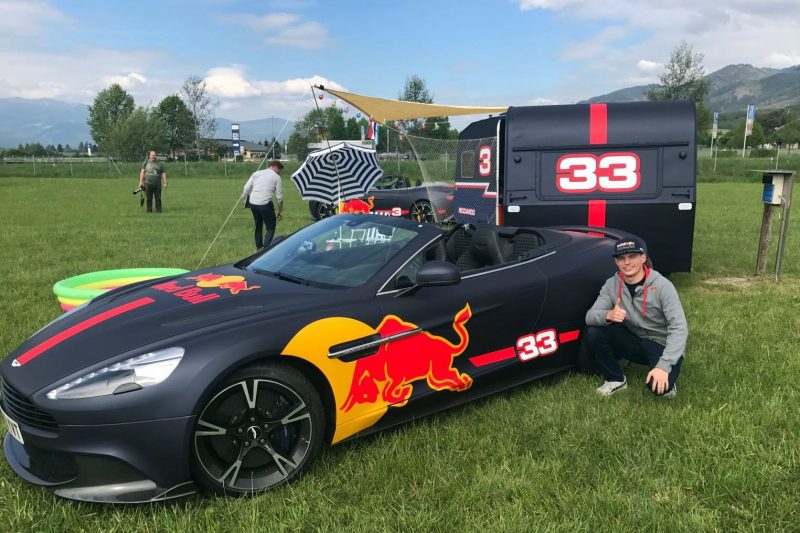 Yes, the young Dutch F1 star is using an Aston Martin Vanquish Volante as his tow car for a trip around Austria, according to his Twitter account. We’re not sure about the livery, but he certainly earns cool points for the choice of car itself.

Perhaps Verstappen is taking the picturesque route to Zandvoort for this coming weekend’s Jumbo Race Festival By Max Verstappen, which is set to feature F1 demos by the man himself.

With such a sought-after endorsement, the Vanquish – featured at top in its normal paintwork – is surely a shoo-in for 2018’s Towcar of The Year title!