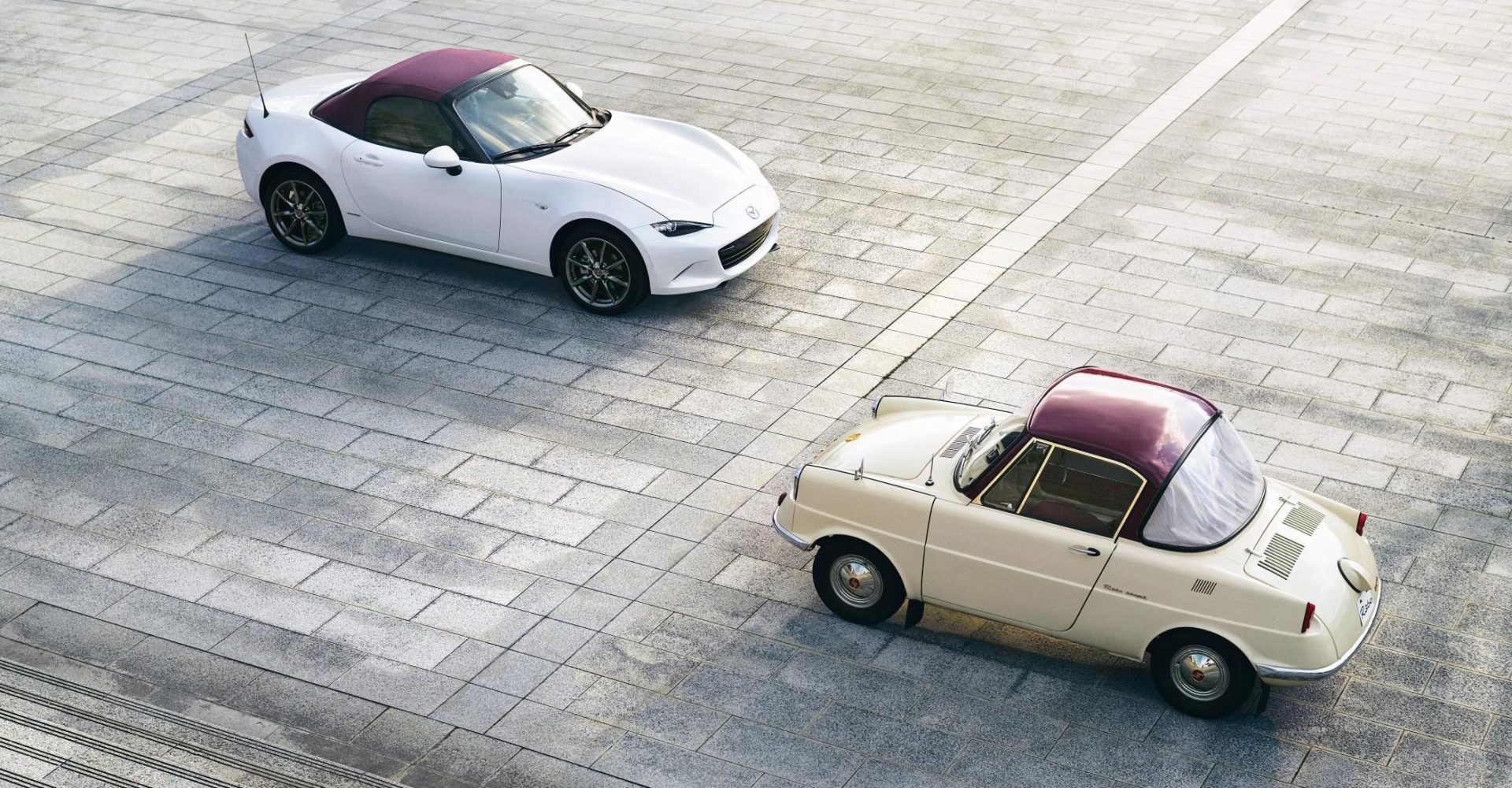 Mazda is marking its centenary in style with the introduction of a range of special edition models.

All cars get a ‘Snowflake White’ exterior paint with contrasting burgundy interior carpets and leather seats. A unique 100th Anniversary badge is added to the floormats, key fob and it’s embossed into the headrests too.

This badge is also mirrored on the wheel centres and on the side of the car. The 100th Anniversary MX-5 benefits from a ‘Dark Cherry’ fabric folding roof as well.

Jeremy Thomson, Mazda UK managing director, said: “Mazda Corporation has created these special models as a token of appreciation for the customers who have supported us through the years. We’ll be proud to have special versions of the MX-5 Convertible, CX-30 and Mazda3 in our UK showrooms later this year.”

Originally slated to be revealed at the Geneva Motor Show – which was cancelled due to the coronavirus pandemic – the models have instead been announced in Japan, where pre-orders for the cars are open now.

In the UK, the 100th Anniversary treatment will be available on the Mazda MX-5, CX-30 and Mazda3 initially, with Mazda6 and CX-5 models available at a later date. Just 100 examples of each will be available, with prices announced later in the year.