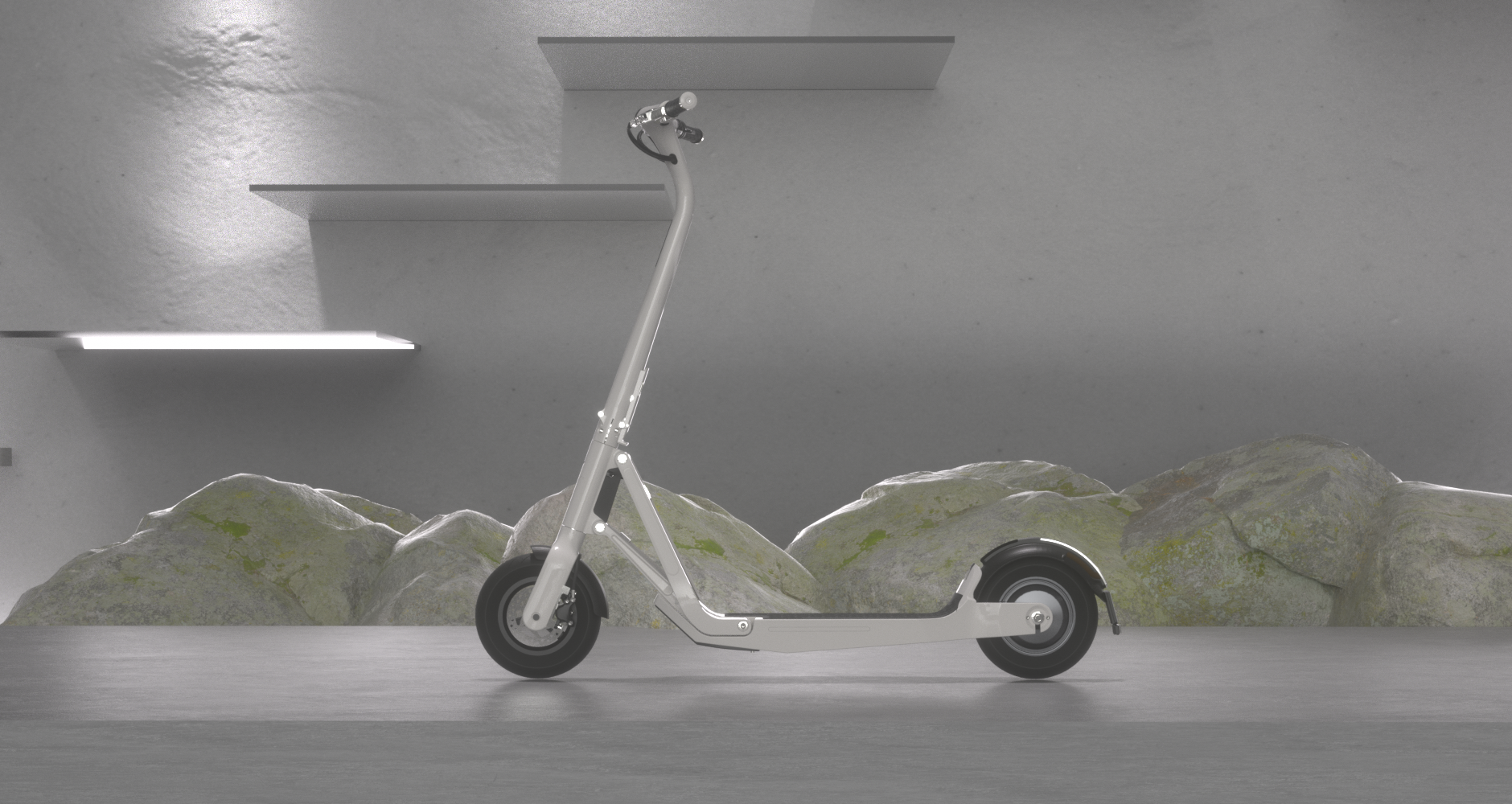 Lavoie says it is ‘committed to improving personal mobility’, with its new Series 1 scooter arriving with ‘supercar-standard quality’ and a host of innovations to make it a viable alternative to public transport.

It’s built around a patented FlowFold system, which is inspired by the suspension technology used on race cars. A single button press folds the front and rear wheel hinges and collapses the stem, bringing the scooter into a compact carriable size. However, when in use there’s still a stable deck on which to stand, while large and wide tyres help to deliver a more comfortable ride.

It’s also made from lightweight magnesium, which helps to deliver a total weight of just 16.5kg. This lightweight nature means that, according to Lavoie, carrying the Series 1 is easier and more convenient.

The Series 1 will return up to 31 miles from a single charge while plugging it into a three-pin plug will deliver a full charge in just two hours.

Safety-wise, the Series 1 incorporates a new lighting system which uses the rear lights to illuminate the rider so that they’re more easily seen by other road users and pedestrians. The front lighting system illuminates the road ahead while ‘floodlights’ on the side help with visibility further. It’s also got indicators activated by switches on the handlebars.

A bespoke app can also show owners the precise location of their scooter, too, and can allow them to sound a loud deterrent arm, too.

Full details of the Series 1 – including its price – will be revealed in ‘the coming weeks’, according to Lavoie. In the UK currently, e-scooters are legal to own but can only be used on private land and can’t be ridden on public pavements or roads.