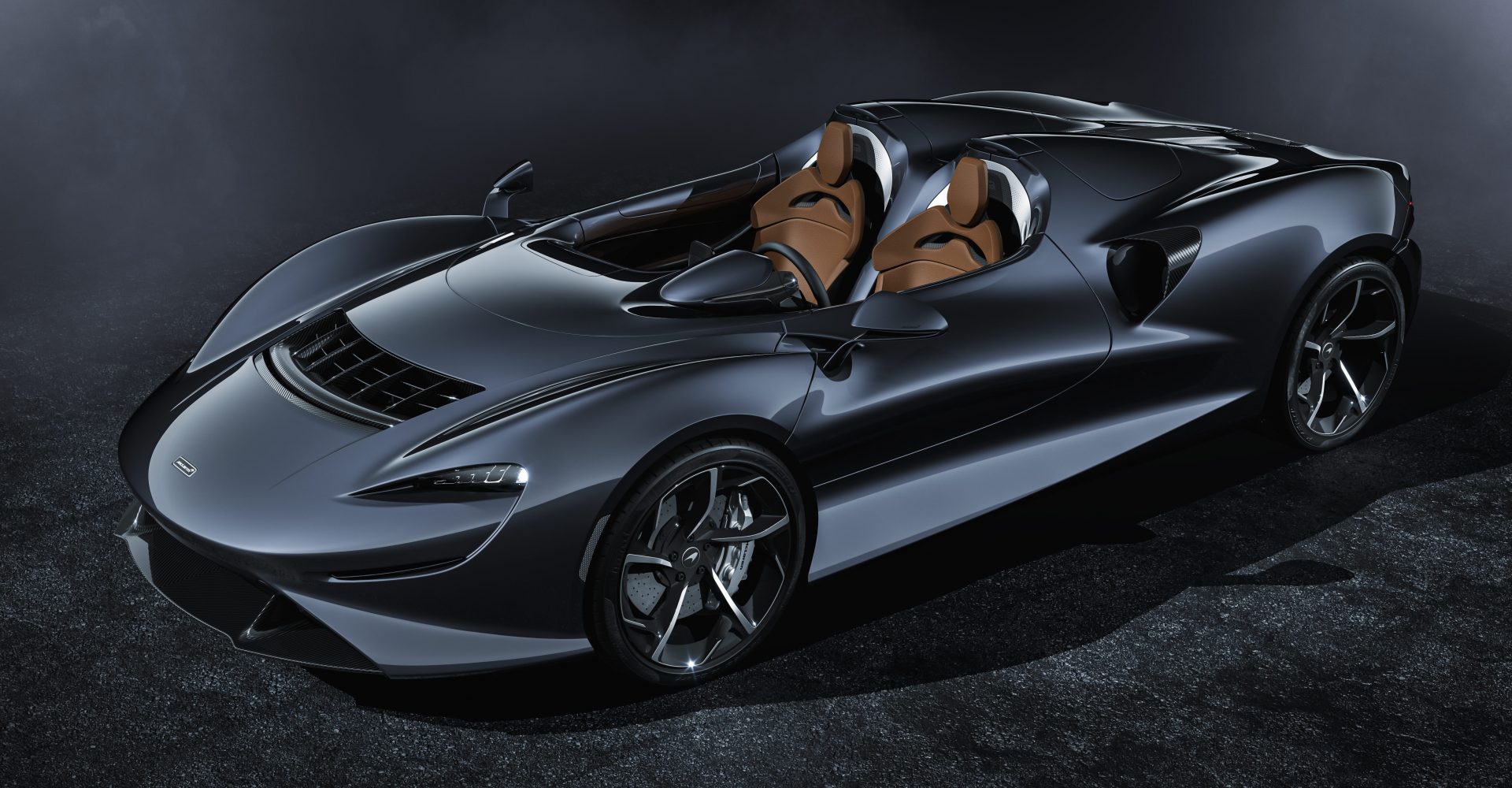 McLaren has introduced another limited-edition car to its line-up — the £1.4m, open-cockpit Elva.

Created as a throwback to a number of McLaren-Elva sportscars produced in the ‘60s designed by company founder Bruce McLaren, just 399 examples of the machine are slated for production.

It’s powered by the British sports car manufacturer’s tried-and-tested 4.0-litre V8 engine, here producing 804bhp and 800Nm of torque. The unit is mid-mounted in what McLaren says is its lightest road car yet, with grunt also delivered to the rear wheels, resulting in a 0-60mph in ‘under three seconds’ — while 124mph can be hit from a standstill in 6.7 seconds.

Helping to contain that performance is trick active suspension and aerodynamics, and a set of carbon ceramic brakes. McLaren also says its electro-hydraulic steering offers the ‘purest feedback’.

Though a weight figure for the car has not been specified, the Elva is said to be based a bespoke carbon fibre chassis with its bodywork made from the same material. As well as lacking a roof, there’s no windscreen or windows either for the roadster — leaving the driver exposed to the elements. Customers can opt for a fixed windscreen if they prefer, though.

It remains easily identifiable as a McLaren, however. The Elva’s headlights mimic those of the ultra-rare Senna hypercar, though its bodywork its much smoother with less obvious downforce-focused enhancements. At the rear, thin LED taillights are present too and sit above a large honeycomb grille — with two large exhausts protruding through.

A very simplistic approach is taken inside the cabin. This two-seat car features moulded carbon fibre units, a digital display sat in front of the driver, a centrally-mounted infotainment system, air conditioning vents — and not a whole lot else.

McLaren is now accepting orders for the £1.4m machine, with first deliveries expected to late in 2020.