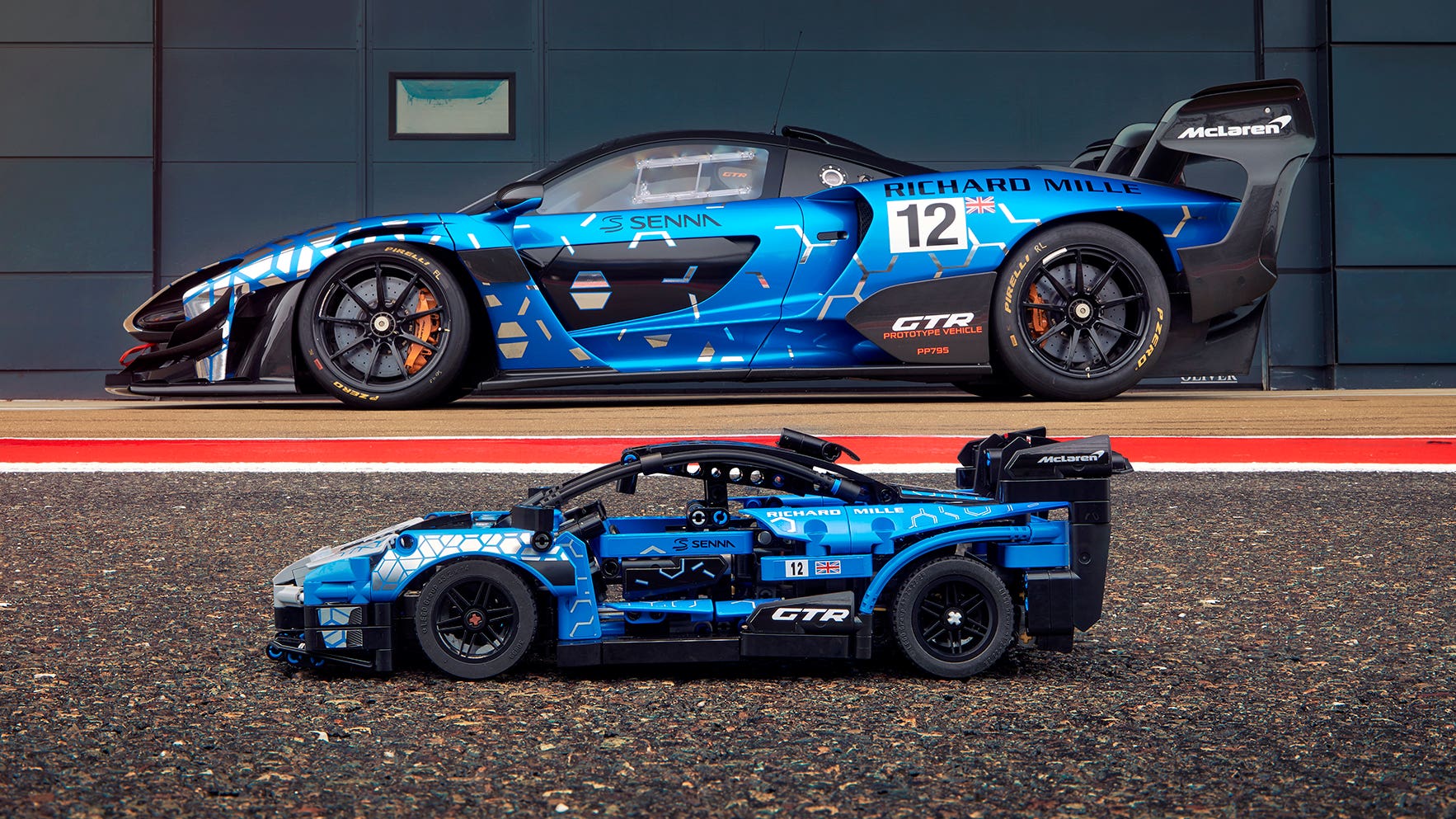 Lego has added a new car to its range of realistic Technic models – the McLaren Senna GTR.

Made up from 830 individual pieces, the Senna GTR model features some ultra-realistic components, such as the V8 engine which incorporates moving pistons, mimicking the 4.0-litre turbocharged unit which rests inside the real-life GTR.

The model also features the Senna’s dihedral doors which open up and out to give a closer look at the stripped-back cabin. In total, the model measures 32 centimetres long.

Robert Melville, design director McLaren Automotive, said: “Just like the real thing, the Lego model is packed full of incredible details from the rear spoiler to the moving pistons in the V8 engine to the dihedral doors meaning that we’re as proud of the model as we are of the real car.”

The Senna GTR is the latest in a long line of McLaren-based Lego models, following on from the P1, 720S and regular road-going Senna.

Uwe Wabra, senior designer at Lego Technic, said: “Recreating a car that is so extreme to the core as the McLaren Senna GTR with Lego Technic gave us an incredibly interesting challenge. This track car is not like any road car I’ve worked on before. It’s got some unique details, like its silhouettes and the awesome rear spoiler, which differentiates the building experience from others.

“Just like the incredible engineers at McLaren do when designing their supercars, we really pushed things to the max so the resulting model perfectly honours the art form that is the McLaren Senna GTR.”