As the BBC held all the content and feature reins of Top Gear, everybody thought that the days of hot laps and the powerboard were over for Clarkson and co when they headed to pastures new.

But in the very first episode of The Grand Tour, which was made available on Amazon Prime last Friday, the boys sprang a surprise with an all-new circuit, dubbed ‘The Eboladrome’ both for its similarity to the shape of the ebola virus and its inherent danger. 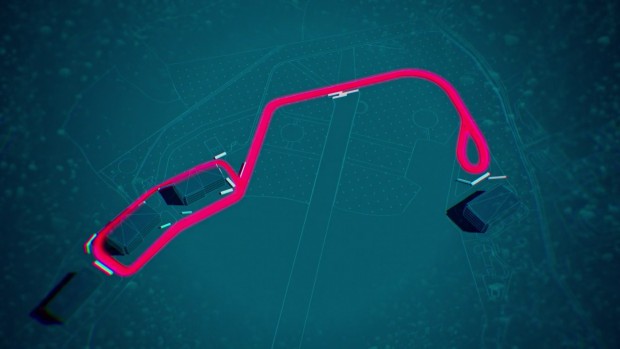 During the track’s exclusive unveiling, Grand Tour host Jeremy Clarkson crowed that it’s ‘not an airfield’ – but this turns out to have been a bit of a porkie pie, as eagle-eyed viewers quickly tracked the circuit down.

One of the circuit’s corners is called Substation – named, would you believe, for the electrical substation there – and bears a plaque reading ‘Wroughton’, which allowed a rapid pinpointing of the track’s location: the airfield at RAF Wroughton near Swindon. Naughty Jeremy!

The base is also home to a karting track and a part of the Science Museum, specifically the large-object storage centre that houses, er, large objects such as hovercraft, MRI scanners and nuclear missiles – the last of which adds even more of a dangerous appeal to the already potentially deadly track.