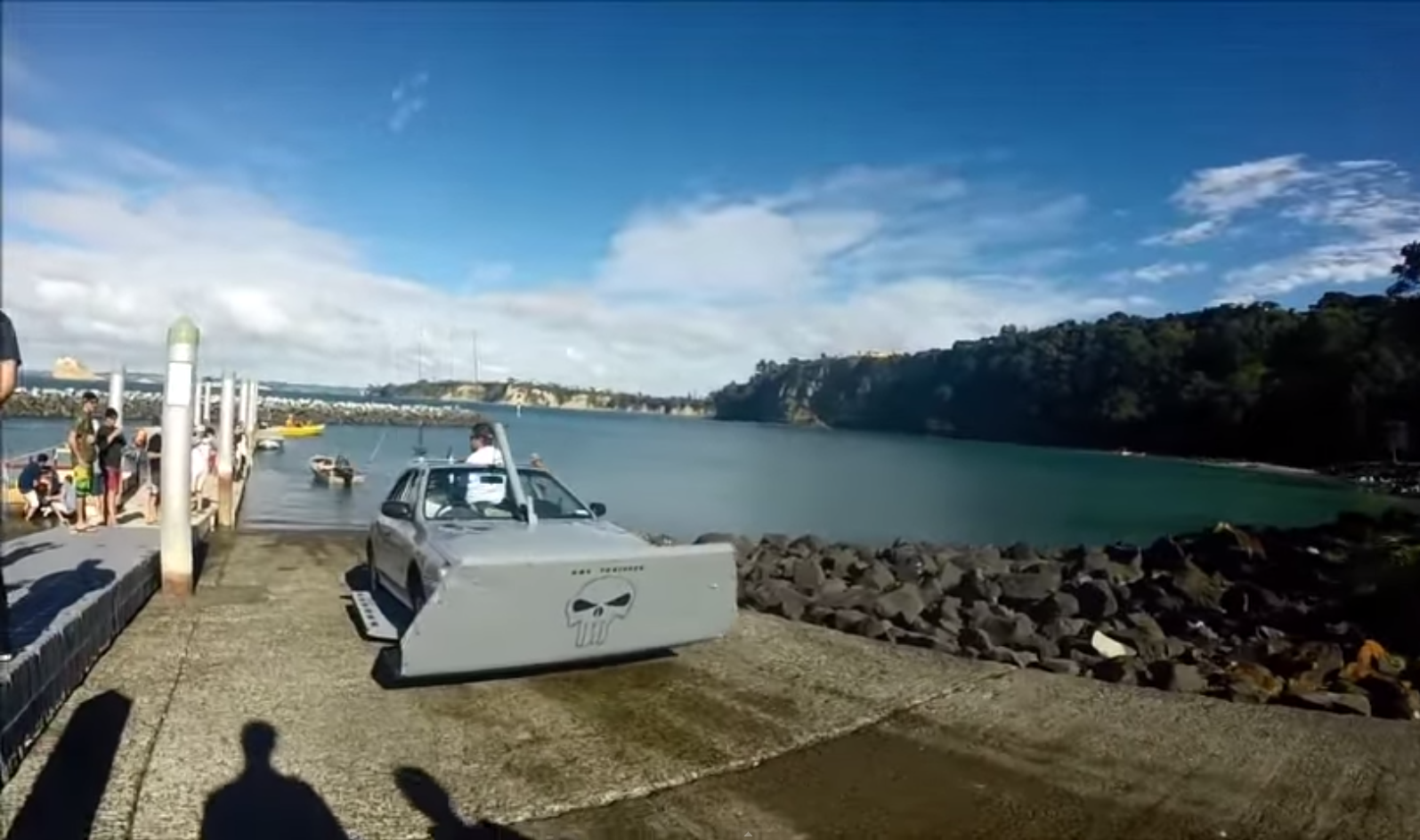 If your prized rally car went rolling into the sea, what would you do? Jump in and join it?

That’s what these lads from New Zealand did on the North Island recently.

But fear not, it was all part of a plan. The car in question was a Subaru Impreza WRX, customised into a seafaring, amphibious piece of awesomeness.

It was designed to be entered into the 2015 edition of the Army Bay small boats fishing competition.

However, it landed them in a bit of trouble. Reportedly the coastguards and police were called out and the boaties received a brisk telling off once they had been herded back to shore.

The ‘Scubaru’ as it has been dubbed comes complete with fishing rods and beer holders, and is now for sale on NZ auction site Trademe. The current bid stands at $620.

Watch the full video below.