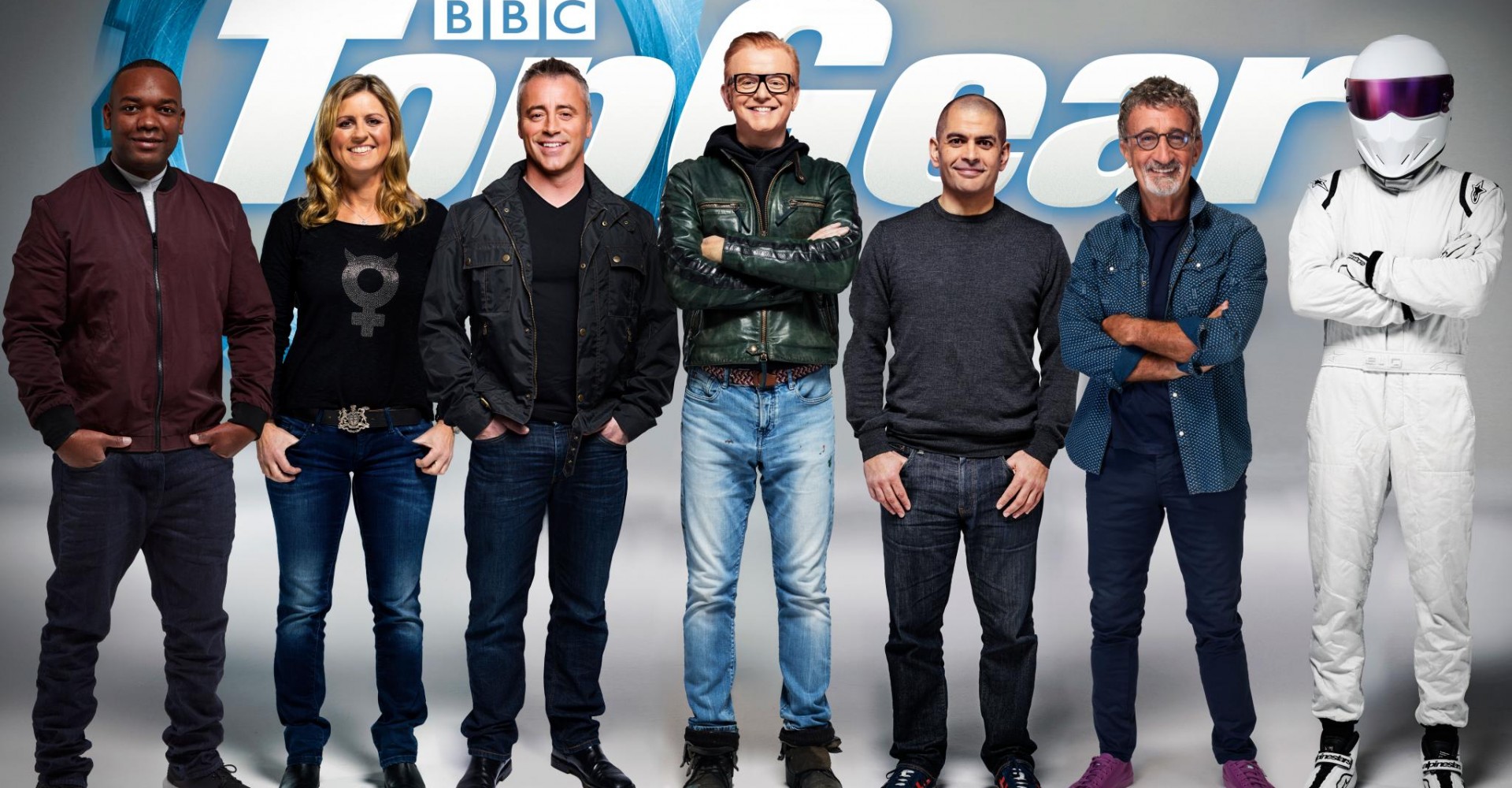 You wait ages for a Top Gear presenter to turn up, then you get seven at once…

Chris Evans was a mild surprise when announced last year, particularly as he’d ruled himself very firmly out back at the time of the infamous fracas:

Matt LeBlanc was considerably more surprising – and sent Twitter into paroxysms of joy and disbelief in equal measures.

Top Gear Germany doyenne and Queen of the Ring Sabine Schmitz was possibly more obvious, spotted filming with Evans and helping him lose his breakfast in California, while Chris Harris, motoring journalist, racing driver and YouTube personality, has been the fan choice since the start.

And then there’s The Stig, who just seems to have turned up without anyone asking.

This morning has seen two more presenters unveiled as part of what will probably be Top Gear’s full line-up – though we hesitate to say it’s the show’s final form.

First up is a man who needs no introduction, as his shirts will announce his arrival long before you see him. Eddie Jordan, the former Formula 1 team boss known for giving Michael Schumacher his F1 debut and, more recently, for some pretty cringeworthy F1 podium interviews. Presumably BBC losing the F1 coverage to Channel 4 has freed up some time in his schedule. 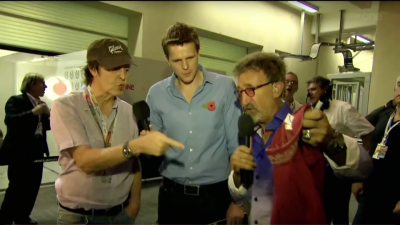 Less well-known though will be Rory Reid. He’s the sole survivor of the Top Gear presenter audition process – remember that? – and editor of lifestyle tech site Recombu.

Reid has a great deal of experience reviewing cars for the site, along with TV and radio presenting, but if you’ve never heard of him, this rapped Rolls-Royce review should be a good introduction:

Even though Jordan’s involved now, there’s some good reasons for TG fans to be optimistic ahead of the show’s relaunch in May. Evans is clearly not intending to replicate what’s gone before and the presenting line-up is seven petrolheads (well, six and The Stig). Roll on, episode one!