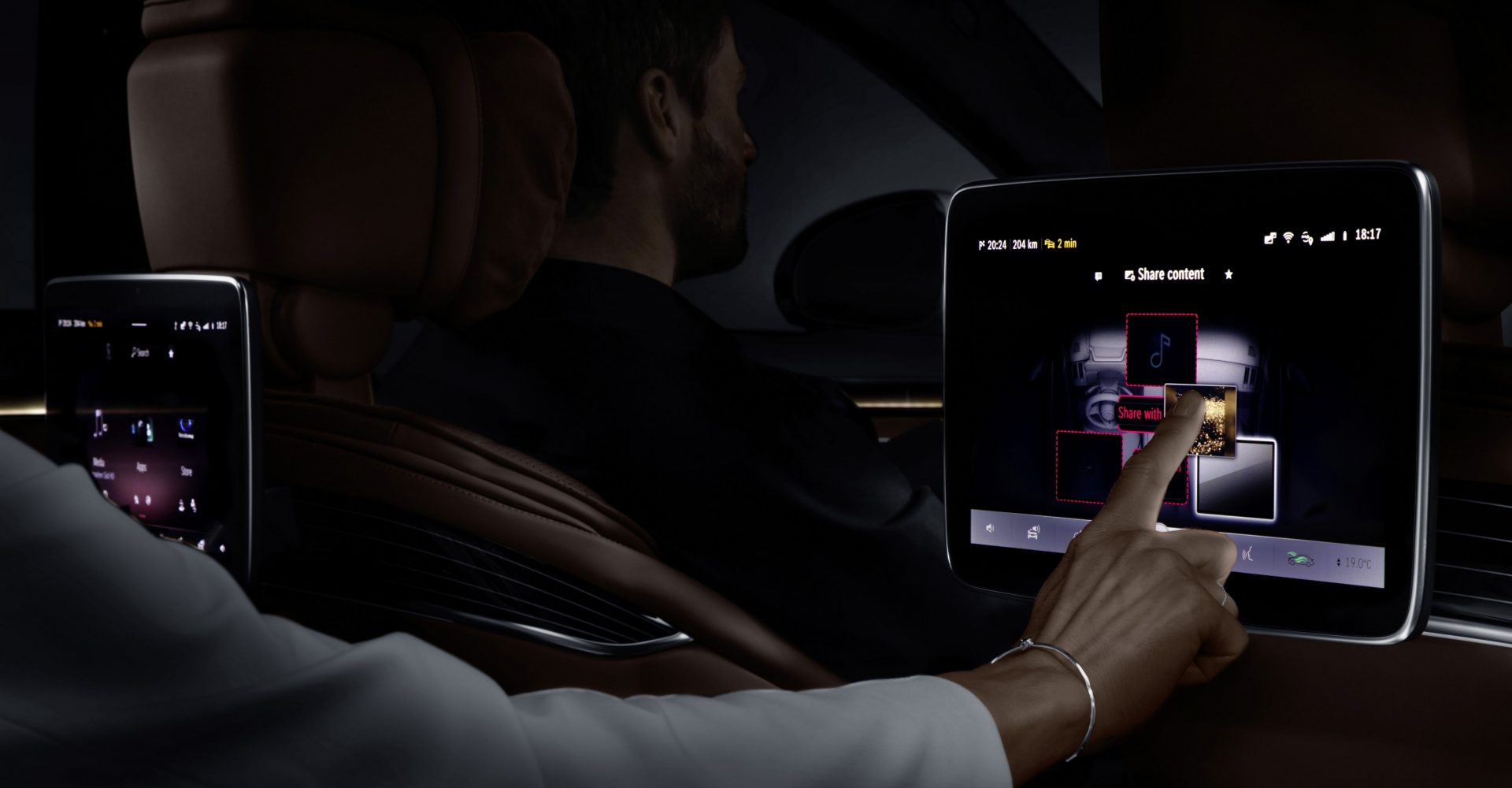 Mercedes-Benz has given a glimpse of the cabin set to feature in the upcoming S-Class.

Set to arrive later this year, the S-Class has been a consistent benchmark when it comes to new car technology, with many of the latest systems being debuted in the high-end saloon.

One of the most notable features on this latest S-Class is the second-generation of the Mercedes-Benz User Experience (MBUX) infotainment system, which is fitted with speech recognition as well as sharper displays and controls than the outgoing system.

The S-Class, which is popular both in the US and China, has also been designed to offer those sitting in the back of the car the same level of infotainment involvement as those up front. Because of this, rearward passengers can access all of the same infotainment functions, controlled by up to three touchscreens.

The S-Class has been fitted with several ‘smart’ functions too, such as the ability to automatically adjust the seats and mirrors according to the driver’s preference. It can even raise and lower the rear roller blind when the driver looks over their shoulder to reverse.

The sliding sunroof can also be operated by hand gestures, while a new chit-chat function can answer questions voiced by the occupants of the car.

The driver display can be extensively reconfigured, while the overwhelming adoption of screens and displays in the cabin has resulted in a significant decrease in the number of physical buttons. In fact, there are 27 fewer ‘hardkeys’ – or mechanical switches – in this new S-Class compared with its predecessor.