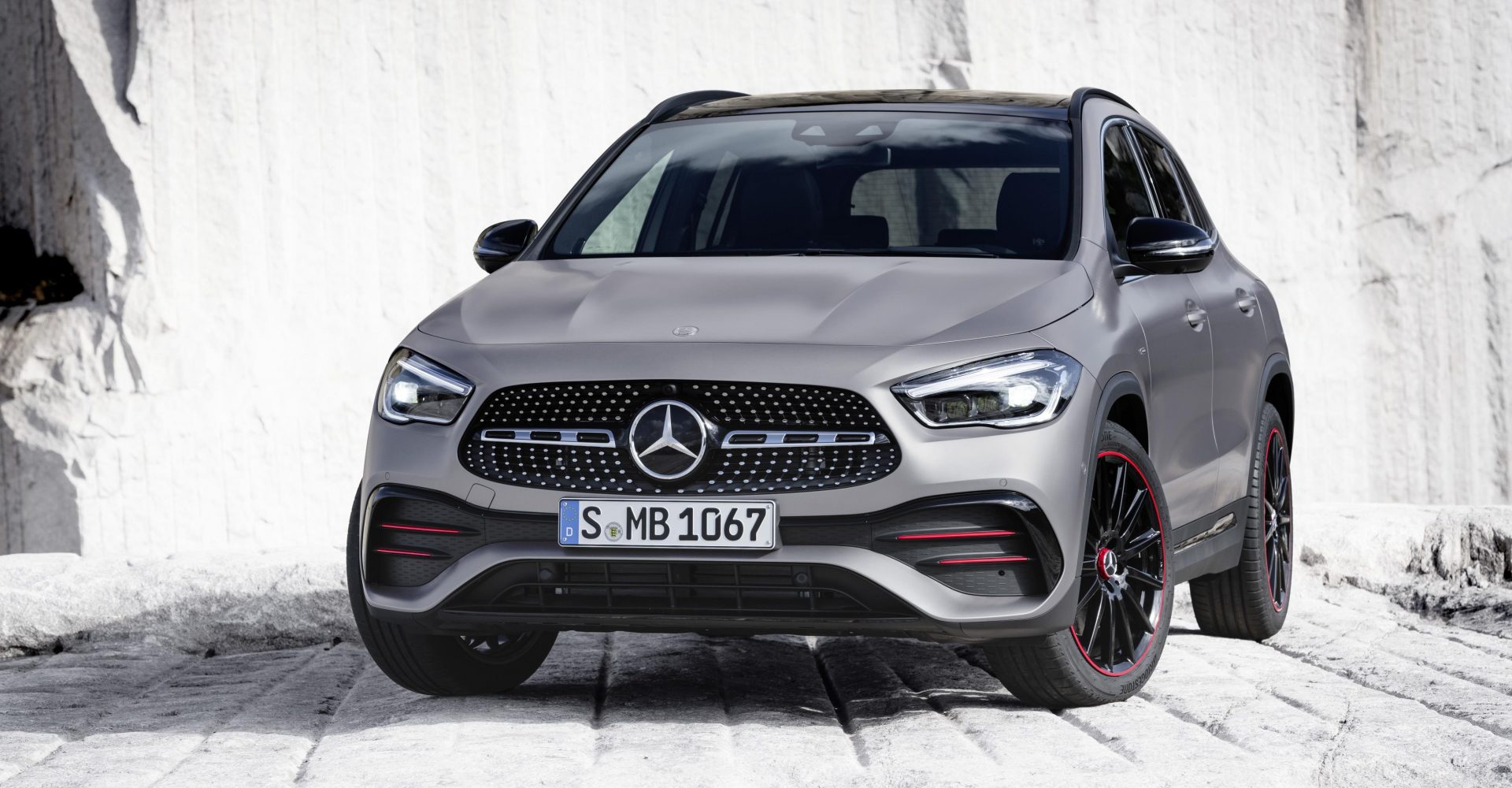 Mercedes-Benz has revealed its latest GLA — the second generation of the crossover model.

The interior will be familiar to anyone who has sat in the current-generation A-Class, with a twin-screen setup measuring 10.25-inches in high-spec models dominating the centre of the cabin. Lower specification cars will get two seven-inch displays instead.

Mercedes says that the driving position is higher than it was in the previous GLA, while the 421-litre boot represents a 14-litre increase over its predecessor.

Though that AMG-tweaked version gets four-wheel-drive as standard, it’ll be available on non-AMG versions too.

Prices for the new Mercedes-Benz GLA have yet to be announced, but they’re likely to be revealed closer to the car going on sale in spring 2020.