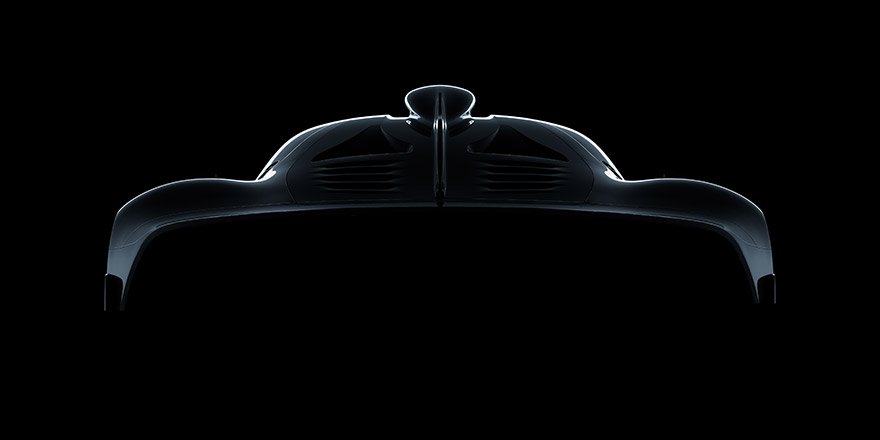 When car manufacturers try to turn F1 cars into road cars, it generally doesn’t work. The Ferrari F50, for example, was almost universally regarded as a bit of a dog.

Now, though, Mercedes has announced that it’s planning a hybrid hypercar to compete with Red Bull and Aston Martin’s attempt from last year.

Dubbed Project One, the car is designed to celebrate Mercedes-AMG’s 50th anniversary, although the finished article won’t be revealed until the Frankfurt Motor Show later this year.

For now, we’ll just have to make do with the shadowy teaser image seen here, which was tweeted by Mercedes-AMG and shows the tail of the new car, complete with gills on the rear window.

The #MercedesAMG Project ONE Hypercar could be the most fascinating two seater that will ever hit the road. pic.twitter.com/kvH9KRduSO

Power is thought to come from a similar engine/electric motor set-up found in Formula 1, although it’s unlikely to use exactly the same 1.6-litre V6 engine stipulated by the current F1 regulations.

Mercedes has, however, confirmed that the Project One will have more than 986bhp and just two seats.

The @MercedesAMG Hypercar is expected to deliver over a combined 1,000 hp (735 kW) of power. pic.twitter.com/CbfIR3GoFk

We don’t know when exactly the Project One is coming, but we’re pretty sure the answer is ‘not soon enough’.