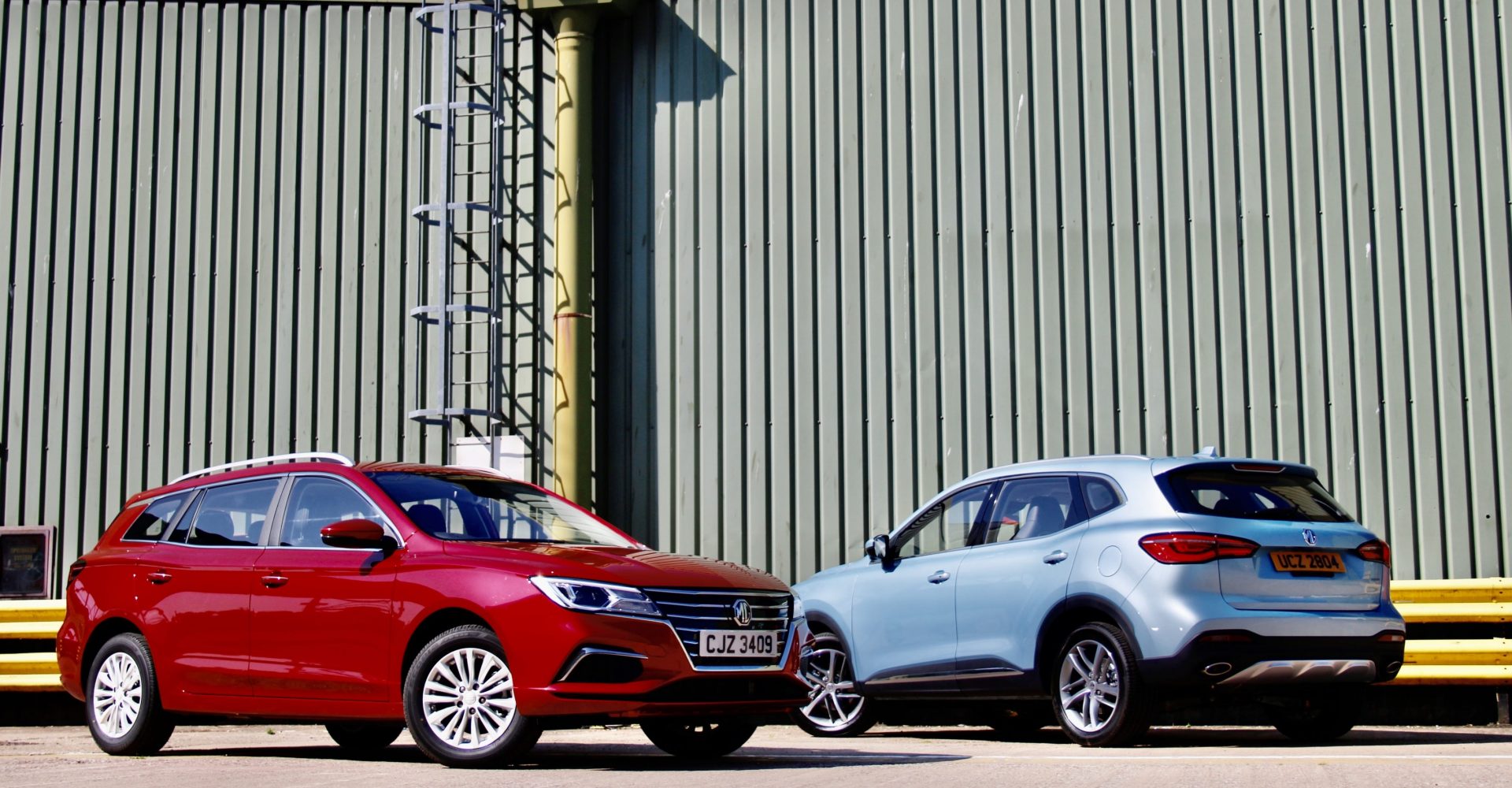 The new MG5 arrives as the UK’s first electric estate car and joins the ZS EV in the firm’s range of electric cars. Thanks to a 115kW electric motor, the MG5 will go from 0-60mph in just over eight seconds, while a 52.2kWh battery allows for a claimed electric range of 214 miles. However, this can be increased to 276 miles if the car is used solely for urban driving.

A zero to 80 per cent charge can also be achieved in just 50 minutes when using a rapid charger, too, while a full charge at home using a domestic wallbox will take around eight and a half hours.

Prices start from £24,495 for the MG5 after the Government’s plug-in car grant and it’s available in one of two trim levels – Excite and Exclusive.

The second car to be announced is a new plug-in hybrid MG HS, which combines a 1.5-litre turbocharged petrol engine and a 90kW electric motor to provide excellent efficiency levels as well as an electric-only range of 32 miles. A new 10-speed automatic transmission has been fitted to ensure that both the petrol and electric motors deliver optimal efficiency, with CO2 figures set at just 43g/km.

Using a Type 2 fast charger, the MG HS can be charged from zero to 100 per cent in just three hours.

The MG HS plug-in hybrid is priced from £29,995 and is available in two trim levels – Excite and Exclusive – which both pack plenty of standard equipment.

Both models are due to go on sale in the final part of this year, and each is covered by MG’s seven-year warranty.