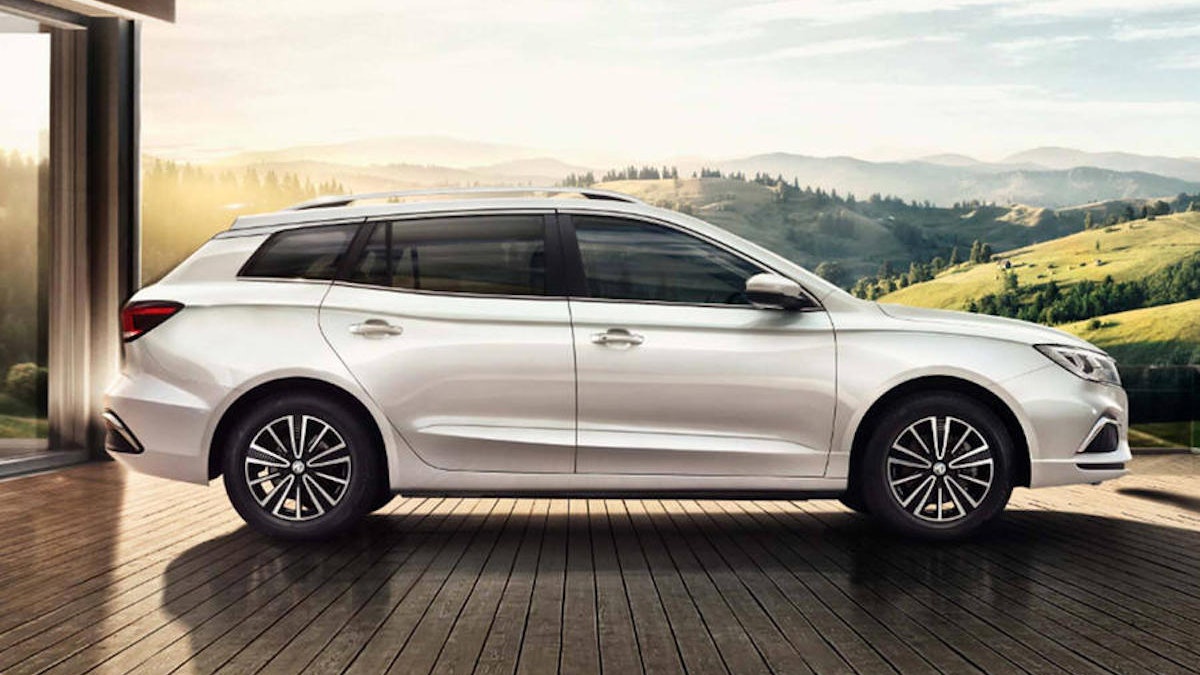 MG Motors has announced that it will be bringing its new electric 5 estate car to the UK.

Set to sit alongside the firm’s existing ZS EV, the new 5 will have a range of 214 miles.

It’s believed that the 5 is an updated version of the Roewe Ei5, a car sold exclusively in Chinese markets. That car utilises a 52.5kWh battery pack and electric motor, delivering a range of 261 miles, albeit under older and less stringent NEDC tests. The latest and stricter WLTP emissions cycle is the reason behind the new 5’s smaller claimed range.

Set to be the first electric estate car on sale in the UK, and with dimensions of 4.54m long and 1.82m wide, it sits on the more compact end of the estate car spectrum. It’s expected to be priced competitively however, with prices likely to be around the same as the £25,495 charged for the firm’s ZS EV.

Despite its compact size, it’s likely to feature a 578-litre boot with up to 1,456 litres of space made available with the rear seats folded down. There’s also a strong chance that it will come with the same seven-year warranty as found on other MG vehicles.

MG is currently the fastest growing car brand, buoyed on by a flourishing dealer network and the aforementioned ZS. Last month, its sales were up by 88 per cent despite a 35 per cent decline for the overall new car market.