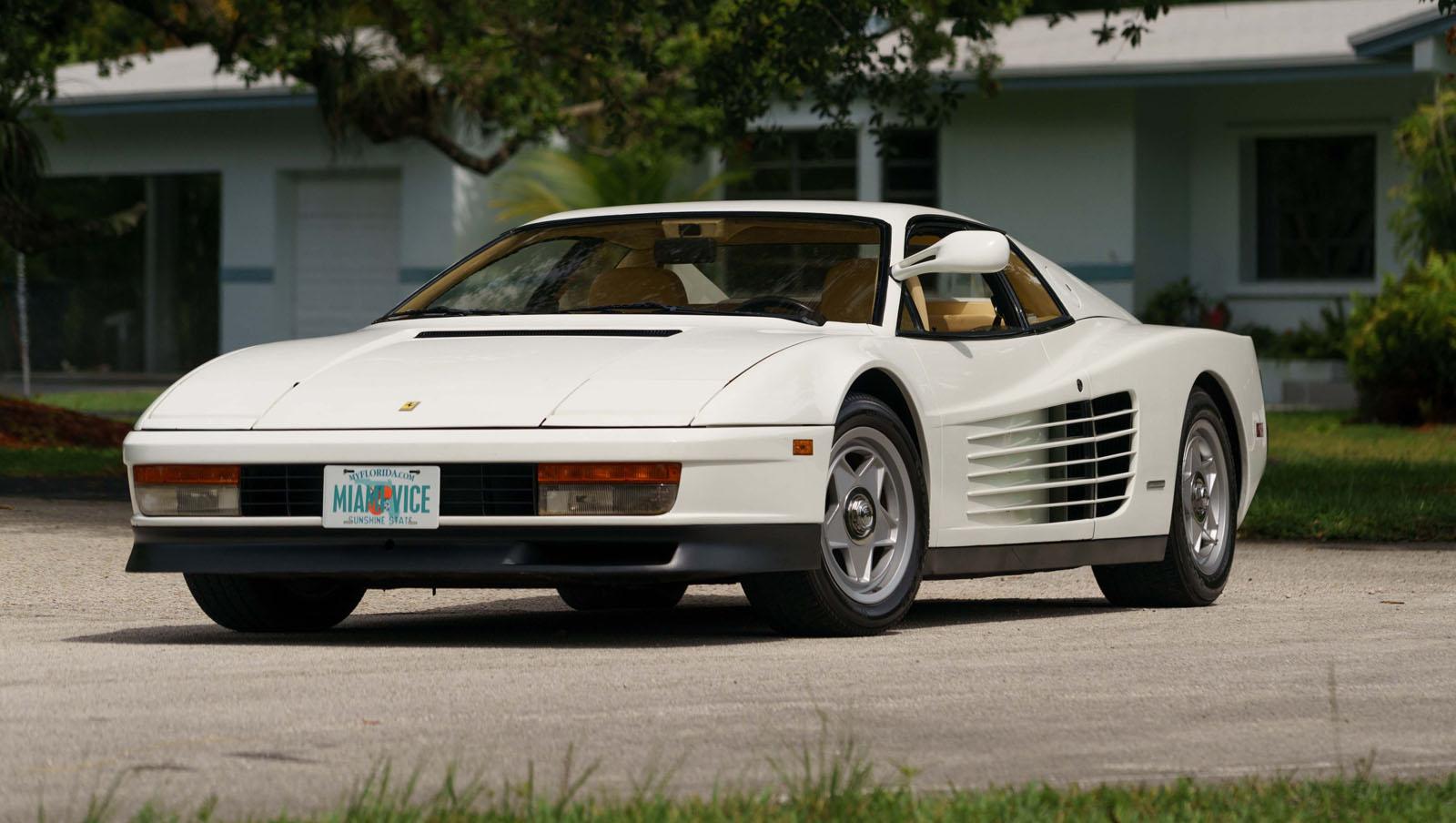 It was one of the coolest, cultiest cop shows ever with a car to match.

And now the Ferrari Testarossa as thrown around the streets by undercover detectives Crockett and Tubbs – aka actors Don Johnson and Philip Michael Thomas – in ’80s series Miami Vice is going under the hammer in California.

Originally black, it was painted white for the show to aid visibility for night shoots.

Fully authenticated and with just 16,124 miles on the clock, this beauty is up for sale in all its 4.9-litre, 12-cylinder, five-speed stupendousness – and that includes its rare and iconic single high mirror, aka the Flying Mirror.

The sale takes place on August 15 at the Mecum Daytime Auction in Monterey.

No estimated price has been given but we’re guessing the seller will at least recoup the $8,000 they spent on a recent “engine-out” service – the Testarossa has been retired and in storage since the show finished in 1989 and Crockett and Tubbs wandered off into the Florida sunshine in their Ray-Bans and Armani suits.