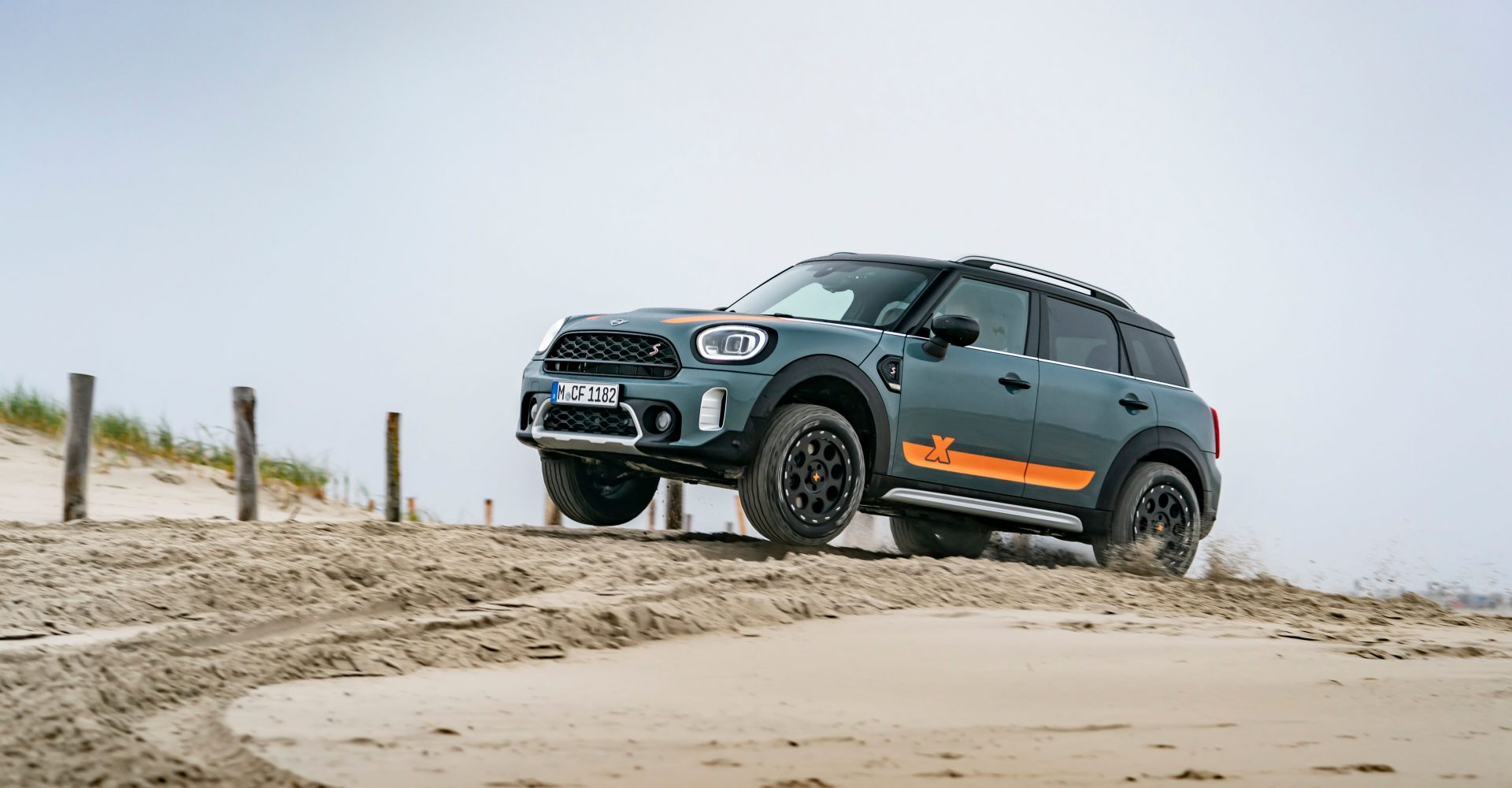 Mini has released a more off-road-ready version of its popular Countryman SUV.

Called X-raid, it brings a variety of upgrades which allows the Countryman to be as capable as possible on difficult surfaces.

Working in collaboration with the car’s existing All4 all-wheel-drive, the X-raid benefits from increased ground clearance, and chunkier wheels and tyres. The combination of the two means that the Countryman sits 40 millimetres higher than the regular car, increasing both its fording depth and ramp angle.

The wheels themselves were developed specifically for rallying and give better protection against tyre damage. A rim ring is used, which means that in the case of damage the entire wheel doesn’t need to be replaced.

Additional LED headlights have been fitted to give better night time visibility, while an aluminium roof rack gives a wider range of storage options.

The overall look of the car has been given a more dynamic edge through the use of orange X-raid accents, while these are contrasted by many Piano Black finishing pieces.

X-raid is a company with extensive off-road knowledge, having won the gruelling Dakar Rally five times. The firm first used a Mini Countryman as a base car in 2010, and has been running it ever since.