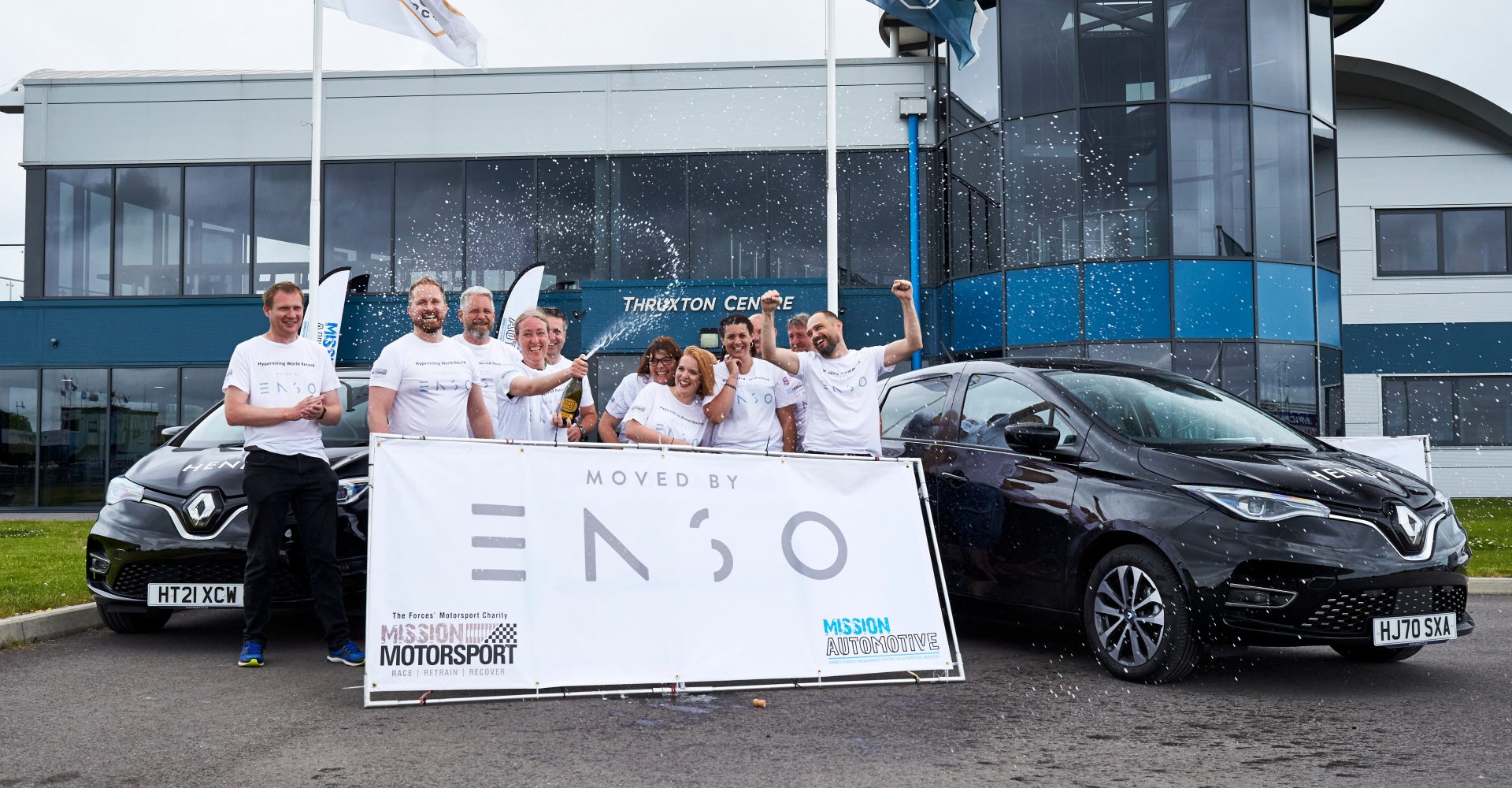 Helped by range-extending tyres created by Enso, the feat was achieved at Thruxton circuit in Hampshire.

A team of British veterans, the spouse of a serving soldier and a hypermiling expert all took stints at the wheel in an attempt to drive the longest possible distance on a single charge.

Driving across 24 hours at an average speed of 19mph – the optimum pace for stretching out the Zoe’s range – the team smashed the previous record by 124.4 miles. The older record was also set with a Zoe, but took place around the Paris Peripherique.

Not only that, but it by far exceeded the Zoe’s standard range of 245 miles.

Mission Motorsport also mirrored the drive with another Zoe, but with this car wearing its regular tyres. Even so, it still managed 424.7 miles before running out of charge.

James Cameron, Mission Motorsport CEO, said: “Thruxton was the obvious choice for this record attempt, but despite being the UK’s fastest track, the key to hitting 475.4 miles was finding the optimum speed and smooth consistent driving.

“Backed by Enso’s unique EV tyre technology we were certain we could break the record, but what we couldn’t have foreseen was the incredible difference in efficiency, distance and feel with the Enso tyres.”