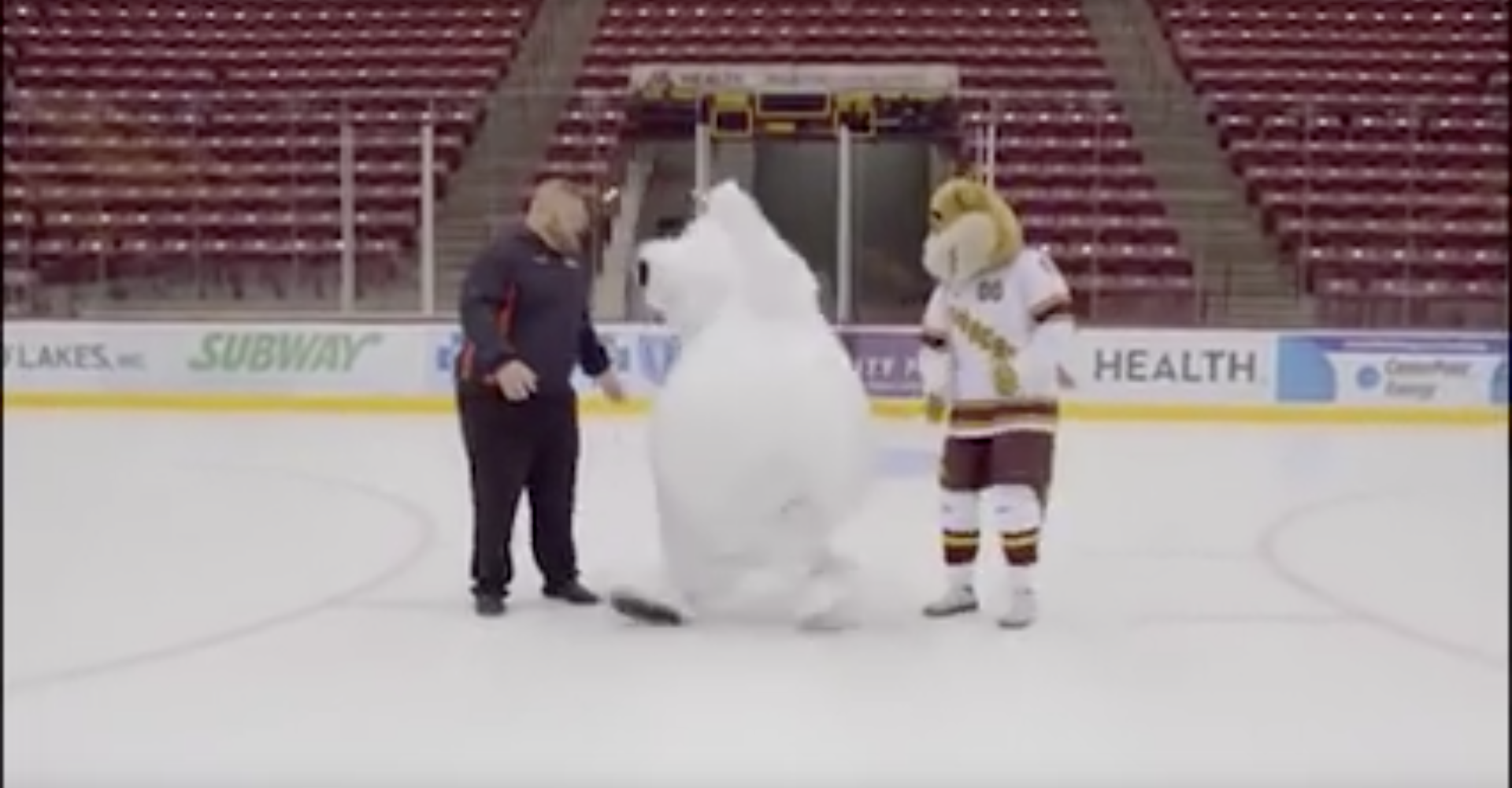 We kinda feel sorry for the guys in mascot costumes.

One the one hand, they have a fun job that cheers people up and they can get away with all sorts of mischief because mascots are fun and incorrigible characters. On the other, they have to put up with nonsense like this.

The guys at a Mitsubishi dealership in White Bear, Minnesota, decided to promote their brand by making a video featuring the unnamed white bear mascot (see what they did there?) and the mascot of the local ice hockey team, the University of Minnesota’s Golden Gophers.

Unfortunately, no-one thought to mention to the poor chap in the bear suit that they’d be doing it on the rink, leading to this hilarious sequence of outtakes, which the dealership published as a separate video.

Since going live in December, the ‘gag reel’ has racked up 2 million hits on YouTube. Watch and enjoy the slapstick antics below: