It’s yet another appearance of the world’s worst superhero – Florida Man!

Ever since a certain high school chemistry teacher revealed the manufacture of crystal meth as a viable alternative career path, courtesy of the TV series Breaking Bad, it seems that ne’er-do-wells with their own meth labs have been popping up all over the place.

This time it’s a little different though, as the miscreant set up his illicit kitchen in the boot of a Mazda CX-7 SUV in a WalMart car park at St Augustine, Florida. 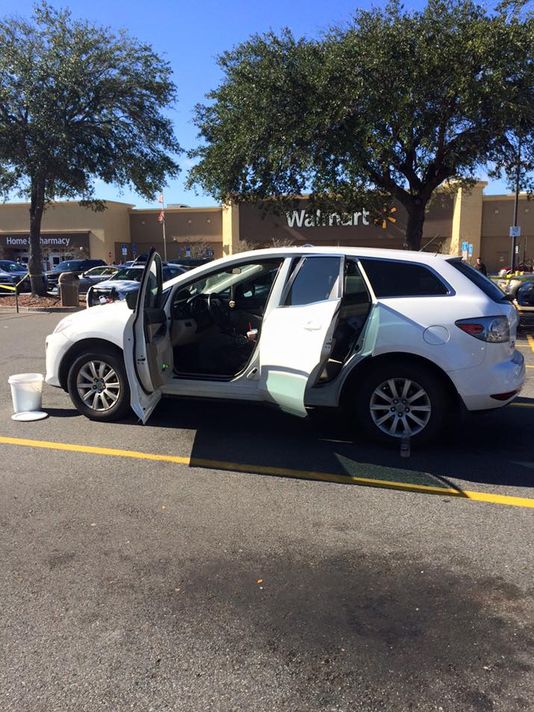 Chances are he might not have been found out had he not tried to steal $1,700 of goods from said WalMart, but in the process of committing this ill-judged crime his car was revealed as the city’s answer to Walter White’s RV. And guess what? The car wasn’t even his either!

The four officers who discovered his bake-off had to be decontaminated, along with the man himself. And the goods he stole will apparently be back in the store. Well, there’s no sense in wasting good stock just because it’s been covered in methamphetamine, eh WalMart?

We’re not sure if Mazda has considered using the ‘roomy enough for one man, $1,700 of stolen goods and a meth lab’ line for advertising its CX line of crossovers. Probably not.