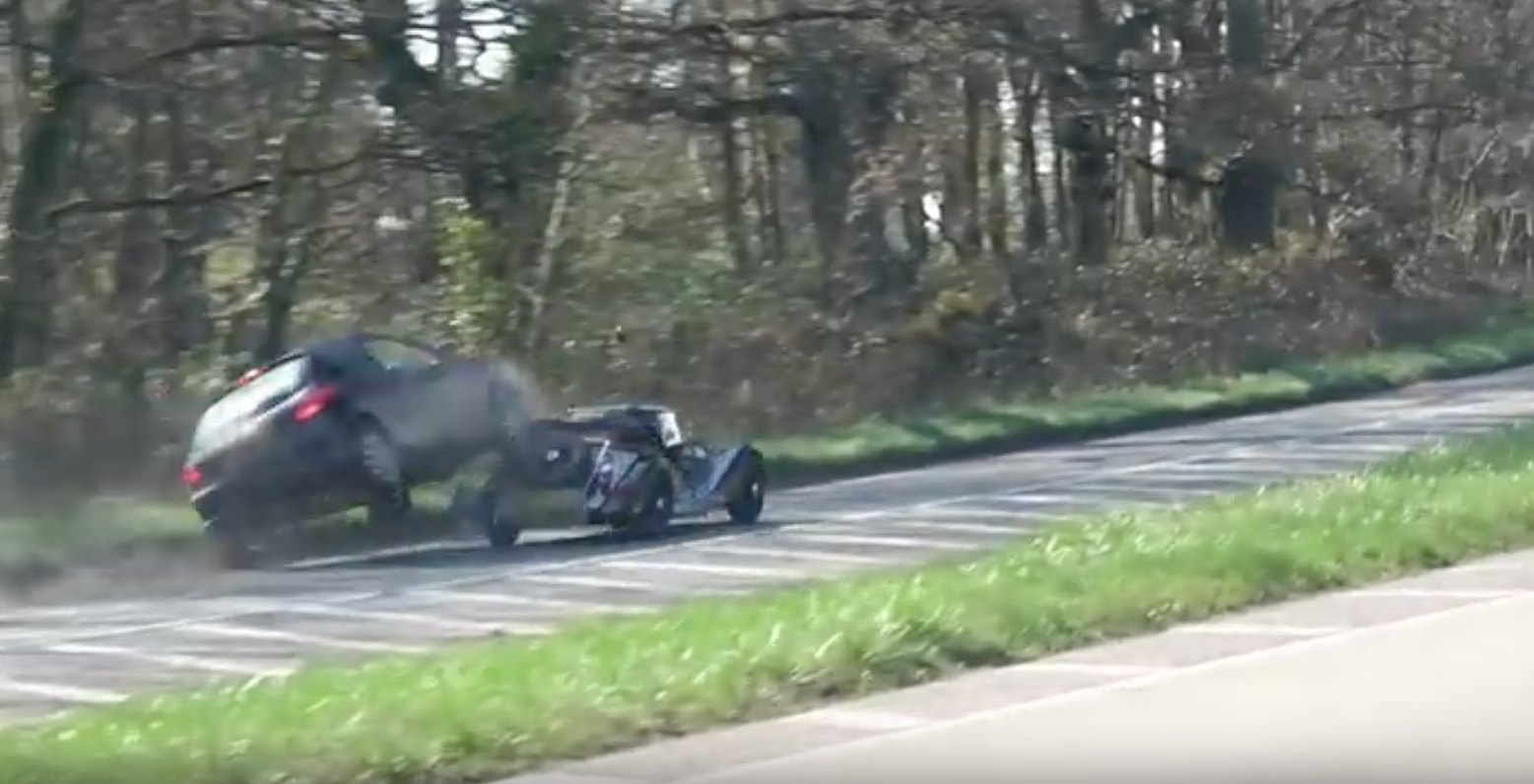 You usually see Morgan drivers as responsible, middle-aged, middle-class men who have a decent idea about how to drive and can at least look after their car without crashing them into something.

Well, this incident seems to disprove all that, as this Morgan driver has acted like a complete welly-top.

Leaving a car meet in the UK (it’s unknown where) a few days ago, this 4/4 driver turned out of the junction rather exuberantly in an attempt to get in front of a Peugeot – and looking at the result of the incident, you’ll see that the gap clearly wasn’t big enough.

Peugeot speeds up to back of Morgan. Horn sounds. Peugeot hits Morgan. Bits fly everywhere. End result is messy for all.

The general consensus is that the Morgan driver was to blame, and even though it appears the Peugeot driver is breaching the 50mph speed limit a tad, the 4/4 driver should have seen that and waited for the Peugeot to go by.

Priced from just under £40,000, this won’t be a cheap fix for the Morgan driver, who is at fault in our eyes.

Fortunately, no one was injured, but it could have all been avoided had he been more patient…