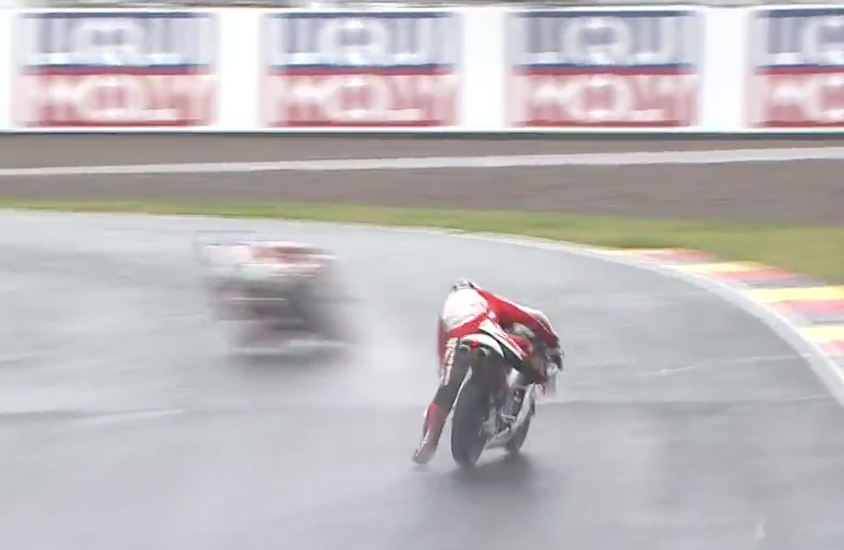 But none is probably greater than this spectacular save by Moto3 rider Hiroki Ono during Sunday’s German GP.

The Japanese racer was chasing leader and Honda Team Asia team-mate Khairul Idham Pawi at the Sachsenring in wet conditions when he lost control of his machine.

But while his Honda NSF250RW looked destined for a high side, Ono displayed cat-like reflexes and clung on.

After a minor detour across the run-off, he returned to the track and continued the race, having dropped only three positions.

Unfortunately, though, the 24-year-old’s skills couldn’t stop him from crashing later and taking himself out of the competition entirely.

Meanwhile, Malaysian Pawi finished first, thanks to his impressive control on the wet track.