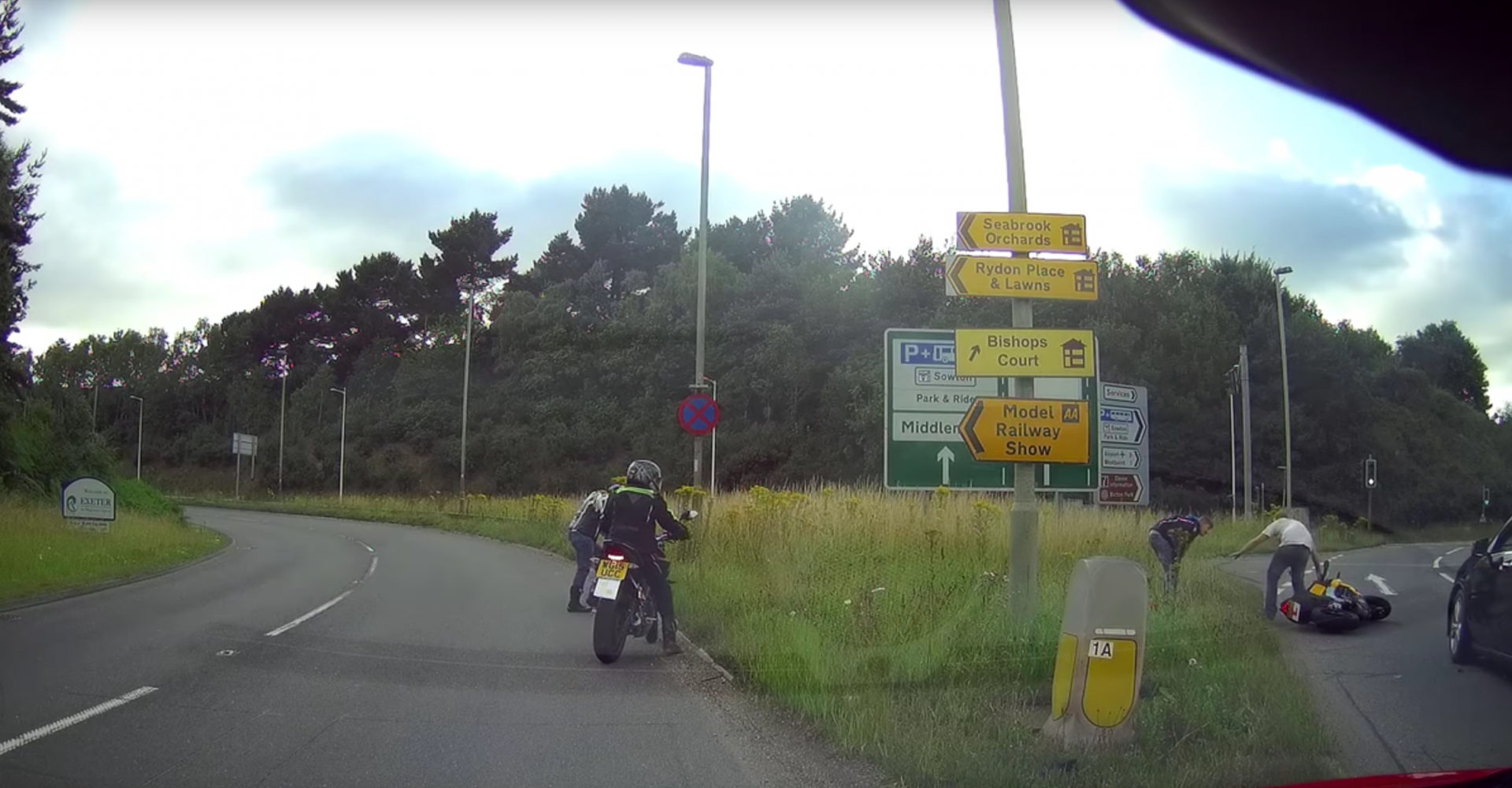 A learner motorcyclist had a lucky escape after making a last-minute decision to change lanes.

In dashcam footage uploaded to YouTube by user Lorry Life Milne, the motorcyclist appears to make a snap decision to leave a roundabout on the A376 near Exeter, colliding with a car’s door in the process.

After taking a rather hefty tumble, the fallen rider attempts to get up and turn his bike off, before staggering into the grass.

The car’s driver turns the bike off for him and helps him sit down and recover as a crowd gathers.

If the comments on the video are anything to go by, it sounds like the motorcyclist was OK in the end.

YouTuber MrAdz1994 said: ‘Nice to see my brother is riding safely with mates. Glad he walked away.’

Another user named Harry Hart, who we suspect might also be acquainted with the rider, was rather less sympathetic, commenting: ‘Jordan you muppet hahah.’

Well, what are friends for?

Watch the footage in full below but be warned, it does contain some bad language: