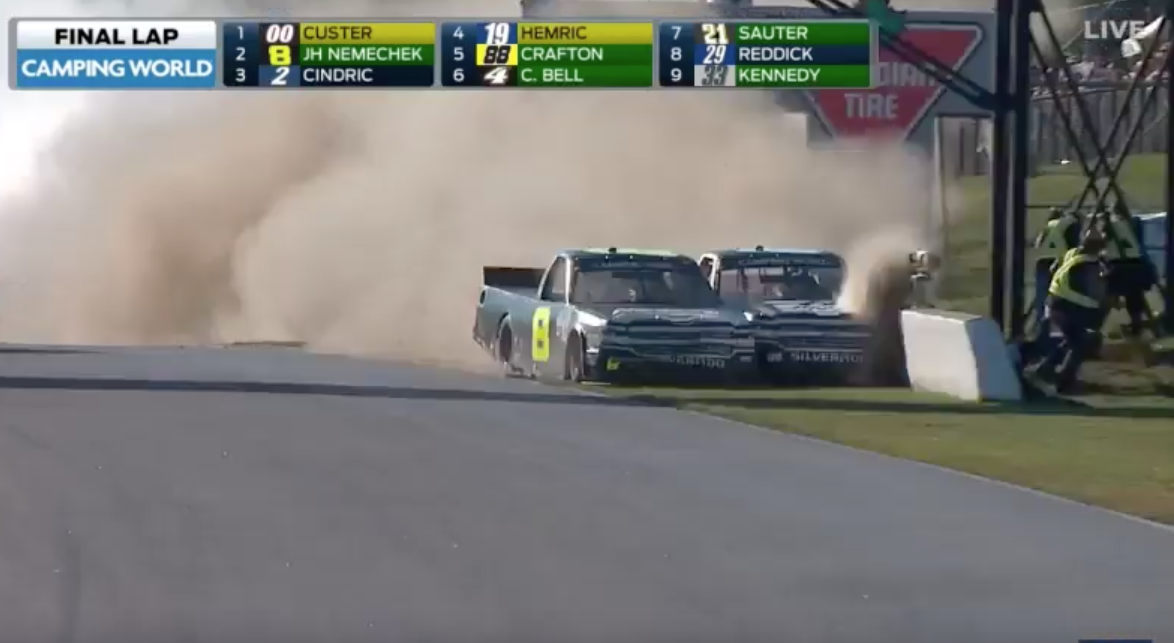 Nascar has a bit of a reputation for being the shocking, lawless section of the motorsport world. And apparently it’s a reputation it would like to keep.

The latest Nascar fracas took place in the Canadian Tire Motorsport Park Truck Series. The final lap was classic American racing – lots of bumping and shunting and a bunch of cars spinning out.

The best was saved for last, though. John Hunter Nemechek was in second place and really wanted first. So much so that he banged into the back of leading driver Cole Custer as they braked for the final corner.

With both cars side by side heading towards the finish line, Nemechek pushed Custer into the wall. Incredibly, both then kept their foot on the throttle and both cars drove across the line on the grass.

Shortly after the incident, Nemechek – who was given the win by officials – was asking for the chequered flag to celebrate when suddenly an understandably angry Custer appeared out of nowhere and tackled the race winner to the ground.