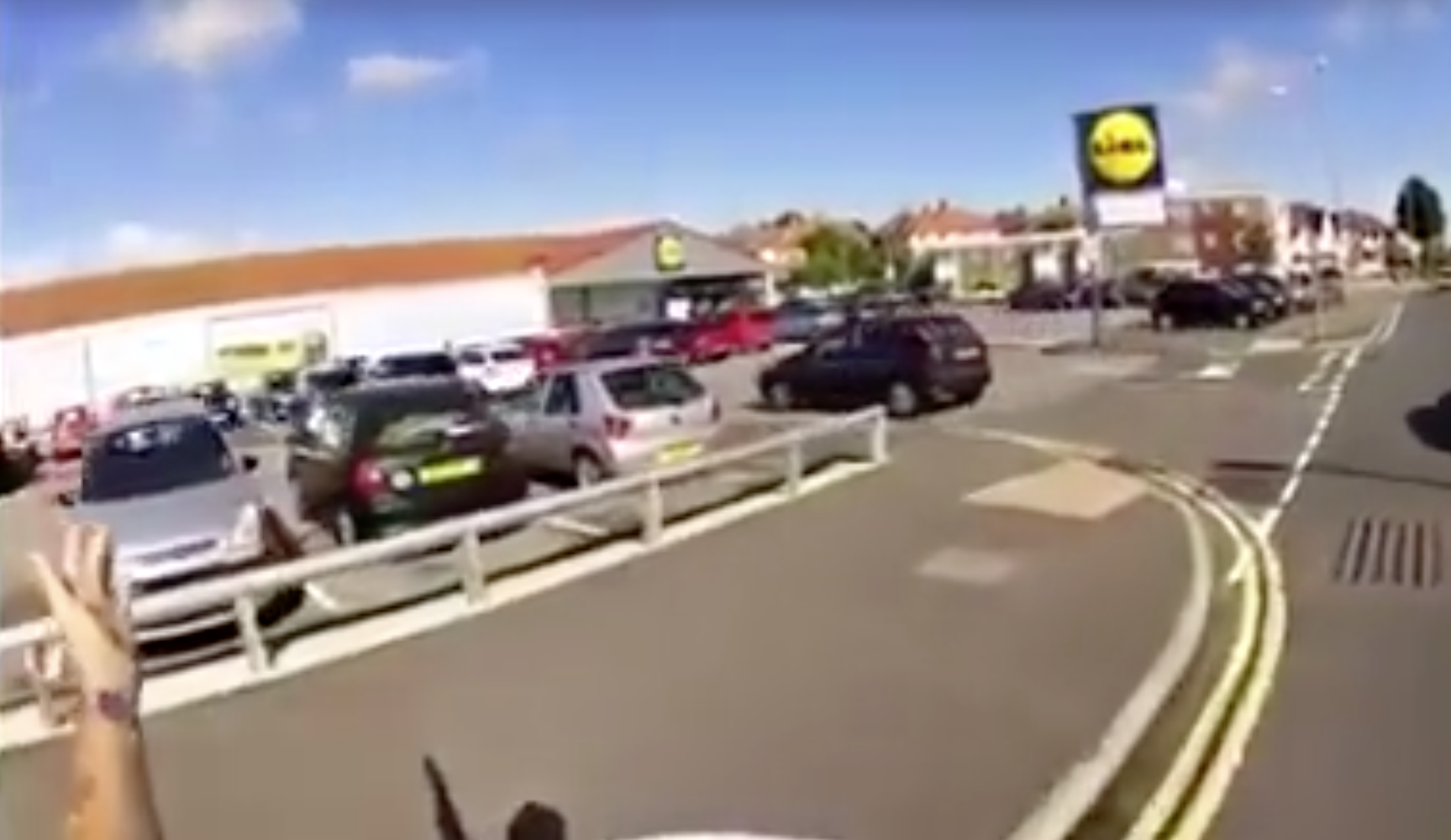 We get it, cyclists, we really do.

A decent-sized chunk of the UK’s car driving population just doesn’t take enough care around more vulnerable road-users, or think any further ahead than the end of their bonnet, as this clip from a couple of years ago proves:

And yes, wearing a camera to film them is very useful both for hilarity on the internet and, should the worst happen to you, for evidential purposes.

We’re not especially sure though what the cyclist in our next video hoped to achieve by uploading this particular footage, which puts him in considerably worse light than his intended victim.

The furious two-wheeler loses his rag when a nondescript black Ford Focus passes him and turns into a Lidl car park ahead of him. Giving ‘chase’ to the Focus, he decides to confront the driver in the car park – somewhere in England – with a foul-mouthed tirade about her driving standards.

It’s worth noting that the car driver technically did two things wrong – by passing the cyclist alongside an island and turning left ahead of him – but she gave him plenty of space, and despite his perception he wasn’t in danger at any time.

Until now, as he’s put himself at the mercy of the internet… (NB: Strong language is used.)